catalog said:
Who is watching "We own the city", follow up of sorts to the wire, in that there's a few of the same actors, and it's set in Baltimore, and is a cop/drug procedural.

I read one of the books it's based on a while back.

Not as good as the wire, but still good

it’s good and utterly pretentious at the same time. LOT of old faces eg Marlo in massive specs (cunt is the best thing by a mile, eyes roaming), no idea where it’s headed and haven’t caught real life news

thing about Baltimore is it’s just far away enough from Philadelphia and DC to be connected along the east coast I-95 corridor but isolated too, in an almost rust belt sense, except closer to water thoroughfares

Detroit has masses of regeneration schemes going, B’more always looks like a city left on a civic development shelf
C

just started watching the deuce (is this the best thing james franco has done?). the girl playing abby is my new tv crush.
C

The deuce was enjoyable yeah, sort of like we own the city a big in that it's fun seeing the old wire people in different roles. Don't understand why they made James Franco into twin brothers. Seems completely unnecessary and probsbly just his hubris as an actor.

I've started watching The Sandman. I guess any proper geek would have read all of the original comics countless times, but I always struggle to read graphic novels, plus, when I thought maybe it would be worth my while to read it after all, I couldn't find any easy, cheap way to get hold of it. As far as I can tell it isn't compiled into one thing, and the mini-compendiums that do exist are still such that you need to buy a fair few of them to read the whole thing, and even they are very expensive. So, with mild reluctance, I concluded that it was too expensive to read and forgot about it for a few years, thinking that maybe one day they would release it in an affordable single lump. Does anyone know if that ever happened?

Anyway, there is a tv adaptation now, I suppose it is one of those things that was always out of reach due to the scale and scope of it. But now that fx are relatively cheaper and after the enormous success of Game of Thrones, with the proliferation of channels meaning there is space to show it, it is recognised that there is a market for ten hour long fantasy type stuff, and people are confident enough in it succeeding that they are prepared to throw enough money at it so it doesn't look shit.

And I'm enjoying it a lot. The thing is very ambitious, it has an enormous number of characters, many of whom I recognise from other stories (eg John Constantine) and often played by famous actors - Charles Dance, David Thewliss etc - and all kinds of insane settings which surely wouldn't have been possible until relatively recently. 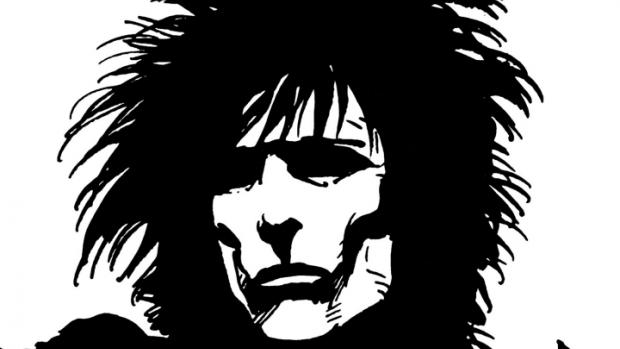 Anyone else watching this?

Saw some of that when I was back in UK lately, totally unknown to Liza so was interesting to explain it to her as a kind of predecessor of Inside Number 9 which I suppose she'd thought was totally original whereas every time I saw it I subconsciously thought of it as part of a lineage with TOTU and Twilight Zone etc

And we need to mention the mighty Midsomer Murders here

Anyway, the reason I'm looking through this thread to find a thing that someone recommended ages ago and I fancy trying but I can't remember what it's called. I think the premise was about some people being paid to reconstruct an old video or maybe several old videos that were stored in some sort of abandoned bunker or something, so the people restoring it haid to stay in this creepy old bunker and try and splice together these burned bits of tape or something, which - I assume - slowly revealed to them that their predecessors there all died horribly and now they were in terrible danger. Or something. Anyone know what I'm on about? @version can you find it for me? Please.

Ah snap, someone on fb told me too. Did you watch it? Any good? I see it was cancelled after one season.

Rarely does war footage, never mind the political ramifications and religious madness behind it all, summarise anything you could possibly want to know about a conflict

What you think you knew and what you subsequently see instantly fall into schism as, in 4 succinct parts, a morass of monstrous mindfucking events unfolds

I watched a few things lately... Lincoln Lawyer was solid I guess, I watched cos I happened to catch the film fairly recently and I just wanted to contrast the show's approach with that. It's decent and I enjoyed it passing the time but there is no way at all I could pretend it was essential.

Inevitably I did get sucked into House of the Dragon and it's more slow burn than GofT but.. despite a couple of stupid action scenes, it's really good and as it's goes along each episode is better than the last. Maybe the characterisation isn't as good as the other one, partly cos as it goes through the years a lot of the actors change, making it harder to relate to them, but it concentrates on the politics and scheming which was always the best bit for me. Only one left and when it finishes I'll be wanting the next one.

Heard people talking about this which is coming up, don't think I've read this book but it looks like some VR thing, guess I'll check it.

Has anyone mentioned "Ramy", on Hulu? Third season just started, really good story of a young Muslim guy and his family making their way through life in America. Funny and serious, like if "Atlanta" was set in Jersey City. All three seasons worth watching.
Last edited: Oct 18, 2022
C

How To With John (forget his surname) is the best american thing on british tv i think. but i did love ramy so def want to see the new season.

i have given up trying to stick with the deuce. its not a show that understands storytelling, its basically a timeline of sex workers and porn in new york, with characters filling in as archetypes more or less, with a heavy veneer of humanistic characterisation, so basically, everyone is presented with utmost fairness and balance, which is great to stop it lapsing into cliche and stereotypes (though it definitely doesnt mind SOME of those), but also makes it somewhat static dramatically. i only stuck with it for the set design and period. but i dont really care enough to watch the final season. there are enough dramas which actually deliver drama id rather watch.

I've read that this thing that is "curated" by Guillermo Del Toro is supposed to be good. 8 unrelated horror films by 8 established or up and coming directors, I guess cos of Halloween if they needed an excuse. I seem to be alone in that I can't really say I rated any of the stuff I've seen by Del Toro but the reviews on this are almost universally positive so I think that I will try it when I can.

rubberdingyrapids said:
i did love ramy so def want to see the new season.
Click to expand...

Certainly some funny bits but overall a darker season, less about Ramy and more personal stories of the other characters. The episode centered on the uncle is great, as was the "oh shit" season-ending cliffhanger. All three seasons are up there with the best TV I've seen in ages, highly recommended.

Also started watching "Mo" on Netflix, starring his friend from "Ramy". Some similar themes, based in Houston. Funny but serious, family issues, conflicts of his religion with American life, etc. Pretty well done.

Recently I watched two "comedy dramas" - one is called The Chair and stars Sandra Oh as the head of the English depth in a prestigious US university. She wrestles against the decreasing budget, cynical leadershipv, David Duchovny, declining student numbers and a woke student body trying to cancel one of her lecturers for making a joke about Hitler. Oh and she has the obligatory messy home life.

When I was young I had this naive and idealistic view of academia as filled with people who loved knowledge living a life in its pursuit while debatingthe finer points of their field each evening with fellow experts. That view is sadly long gone but if it wasn't this would trample it into the dust.

I also watched a spoof mystery thing called something like The Woman in the House Across the Road From the Girl in the Window. Despite the ridiculous name and ludicrous ending, most of the way it's played so straight it's really not that different from the things it spoofs. And that's the main thing here, both shows are defined as comedy/dramas but there is so little humour here, I smiled about three times across the 14 episodes of the two shows. Comedy drama just seems to be an excuse to write something with a thin or silly plot but when you lack the wit to actually write jokes.
R

i tried to watch The Woman in the House Across the Road From the Girl in the Window too and was expecting something funny, but couldnt figure out what it was meant to be. gave up after the first episode. so much mediocre content on netflix. comedy drama is basically just a way to say it has a vaguely jokey tone or humorous feel despite not actually being funny ha-ha. succession also had this, but that at least had genuine meaty drama (and roman often had some great, funny lines).
You must log in or register to reply here.
Share:
Facebook Twitter Reddit Pinterest Tumblr WhatsApp Email Share Link
Top