Things I liked in the latest series:

I also liked this scene for unutterable reasons So yeah - tits and dragons. The stereotype comes to full fruition!

Missandei has indeed taken up the mantle of Best Tits In Show after the untimely departure of poor Ros several seasons ago.

Anyone else wondering what the fuck the White Wankers and their zombie army were doing taking five seasons to travel a few tens of miles while other characters can apparently cross Westeros in a few minutes?

I guess it can now be plausibly claimed that the white walkers were travelling to a place where the Night King had foreseen he would be able to capture a dragon.

Cos he needs to be telepathic or else that whole scene made absolutely zero sense.

I think if George R.R. Martin ever gets around to writing the books it will make more sense and be more nuanced. They're just cramming as much plot as he's given them into two short seasons. I've heard they don't really want to be doing it anymore. They signed up to adapt books, not write new ones. Bit of a shame. Anyway, I'm too invested now not to watch the last season (2019?).

Anyone here attend this? https://www.cato.org/events/politics-game-of-thrones
L

i finally got round to watching series 7. wow! an undead dragon breathing icy blue fire! cool! what a great telly show! and more incest! i love game of gnomes 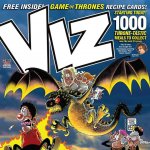 I am looking forward to the last series, though I don't have the highest hopes. At the very least there'll be some incredible spectacle.

Do you think looking back at the GOT phenomenon it will be evident that the historical moment was right for it to become so massive?

It's escapism, but it's totally brutal and somewhat cynical. The white walkers are obviously symbolic of climate change (at least in the public sub conscious), but are there other things that resonate particularly in the 2010s?
L

The climate change thing is huge(leaders fiddle, fail to prioritise while the real threat looms ever larger)
L

But yeah climate change first and foremost for sure

On the other hand

The thing that everybody cottoned onto first was that anybody could die. That was what really hooked people.

But as you say - it's the HBO/boxset phenomenon b2b brilliant cast and story. I think it's grittiness made it acceptable to watch as fantasy, too. Fantasy was just for nerds before GOT, even lord of the rings movies were more nerdy.

Although of course Harry potter/lotr/Pullman... There was a fantasy renaissance already happening

And of course the geek is now mainstream

I've been watching GoT from the beginning again in the lead-up to seeing the final season next month.

Apart from the 'anyone can die' principle, the thing that really stands out is the refusal to give viewers any satisfaction around punishment for the characters we love to hate. Theon betrays the Starks and ends up paying a terrible price, but at the hands of another faction who've betrayed the Starks. Joffrey is murdered, but not by any of the large number of characters with good reason to hate him. Craster is murdered by men very nearly as unpleasant as he is. I've not seen a show that did this to anything this extent.

version said:
They let that slide a bit with Ramsay.
Click to expand...

Yes, but isn't it all the more satisfying for all that?

Just finished the fourth season again. Is Brienne vs The Hound the best fight ever filmed?

The fight in the sauna in Eastern Promises has always stood out to me.

This one takes the cake though.