Can computer games be art?

Corpsey said:
I want to build a city of my own - don't you?
Click to expand...

I bought this and ended up playing it for about 8 hours straight.

Now scared to go back to it.

please make us one of those video's too

It's been a long wait for the Xen chapters to Black Mesa (remake of Half-Life using a tooled-up version of the Half-Life 2 engine), but by god, it's been worth every minute. The most stunning visual effects I've seen in a game, bar none, and it even runs pretty well on my half-decade-old laptop. Quite apart from the sheer quality of the graphics (and sound design) is the effort that's gone into making a totally believable alien ecosystem. You've got these vast, presumably ancient trees as well as smaller flowering plants, mosses and ferns (or things equivalent to mosses and ferns), lichens, fungi, coral-like organisms, tiny flying insects, distantly wheeling birds and bigger, predatory creatures, all occurring in various types of environment: forests, partially flooded cave systems, lush meadows intersected by rivers, unforgiving cliff faces pierced by tunnels... it's just phenomenal. And in contrast to these sorts of environments, that are after all familiar from their terrestrial equivalents, in the background you've got these mountains just floating in space, like a Yes album cover or something, with no apparent means of support.

Art? I dunno, I'm not really qualified to make that judgement. But it's something above and beyond 'mere' entertainment, that's for sure.

Is that by valve or is it a mod?

Corpsey said:
Is that by valve or is it a mod?
Click to expand...

valve, and they've ot all the old HLs avialble for free until it comes out.

HL1 is the shit, no idea how 2 got so much praise.

Corpsey said:
Is that by valve or is it a mod?
Click to expand...

It's not by Valve. It's by a group of (originally) amateur programmers called the Crowbar Collective. Valve very generously allowed them full use of all the intellectual property in the original game except the name.

The levels representing the terrestrial sections of the original game came out back in 2013 and were free. The game is now complete and costs fifteen quid on Steam, which is pretty reasonable.

I say complete - the Xen section is massively enlarged compared to the original. I think the original idea was to have the alien section of the game take about as long to play as the section on earth.

Mr. Tea said:
It's not by Valve. It's by a group of (originally) amateur programmers called the Crowbar Collective. Valve very generously allowed them full use of all the intellectual property in the original game except the name.
Click to expand...

Oh yeah? Damn. I thought this was the same thing as Half Life Alyx which is out in March.

Out of curiosity, how do you feel about HL2?

Oh yeah, HL: Alyx is by Valve. It looks amazing but you'll need some totally insane rig to run it - I think the cheapest VR headset that'll support it is about a grand, and that's before you've even thought about a graphics card. I'd have been much happier with a proper HL3 or even a third episode for HL2 that tied the storyline together with the Portal games and ran on a normal gaming PC, but clearly that ship has sailed as far as Valve is concerned. Maybe Crowbar will tackle that next, I dunno.


pattycakes_ said:
Out of curiosity, how do you feel about HL2?
Click to expand...

Well it couldn't hope to compete with the original, which was just so amazingly innovative in so many ways, and the middle section dragged a little. But overall I think it was pretty good.
Last edited: Jan 25, 2020

Although I just remembered the ridiculous final boss fight with all the Stalkers and the sticky bombs, which was ridiculous even as boss fights go, haha.

Playing HL1 for the first time was mind-blowing. I don't think there had been a game like that before where you were inside the story in that way.

And when the marines first show up, fucking beautiful.

It was like being in a really good film
T

Radiohead have made a 'game' digital exhibition using unreal engine. available on PC/Mac/Playstation

If you like the art work of York & Stanley Greenwood then it's worth checking out. If you hate all things radiohead then it's best avoided I guess.

If you like the art work of York & Stanley Greenwood then it's worth checking out. If you hate all things radiohead then it's best avoided I guess.
Click to expand...

Its free on Epic Games. Downloaded it but haven't tried it yet.

there are some funky concept games for sure

Have you ever met a gamer with good taste? You havent. Now they think theyre aesthetes 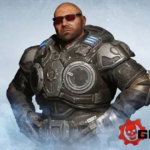 @luka checking himself out in the bathroom mirror before going out to spend the day kicking some serious ass.
T

linebaugh said:
Have you ever met a gamer with good taste? You havent. Now they think theyre aesthetes
Click to expand...

Depends on your definition of gamer, i guess. doesn't everybody play video games these days?

You have somebody like Murlo who does art & music streams on Twitch, a gaming platform, & there are many musicians who've taken inspiration from video games, from Haruomi Hosono who recognised the artistic merit of video games back in the 80s, to numerous contemporary producers.
Now we have musical artists who exists in an almost metaverse like world, where fans interact with them whilst they are creating music in live-streams, writing music that's only going to be performed in concerts in custom Minecraft worlds, whilst finding belonging in presenting themsleves as virtual-tuber characters.