On the other hand, it may turn out that such implants would merely be seeds pre-emptively planted for Roko's Basilisk to cultivate into an army of cyborg drones.

what are the odds he pressures twitter to let trump back on?
Last edited: Apr 6, 2022

The world needs a spot of light relief 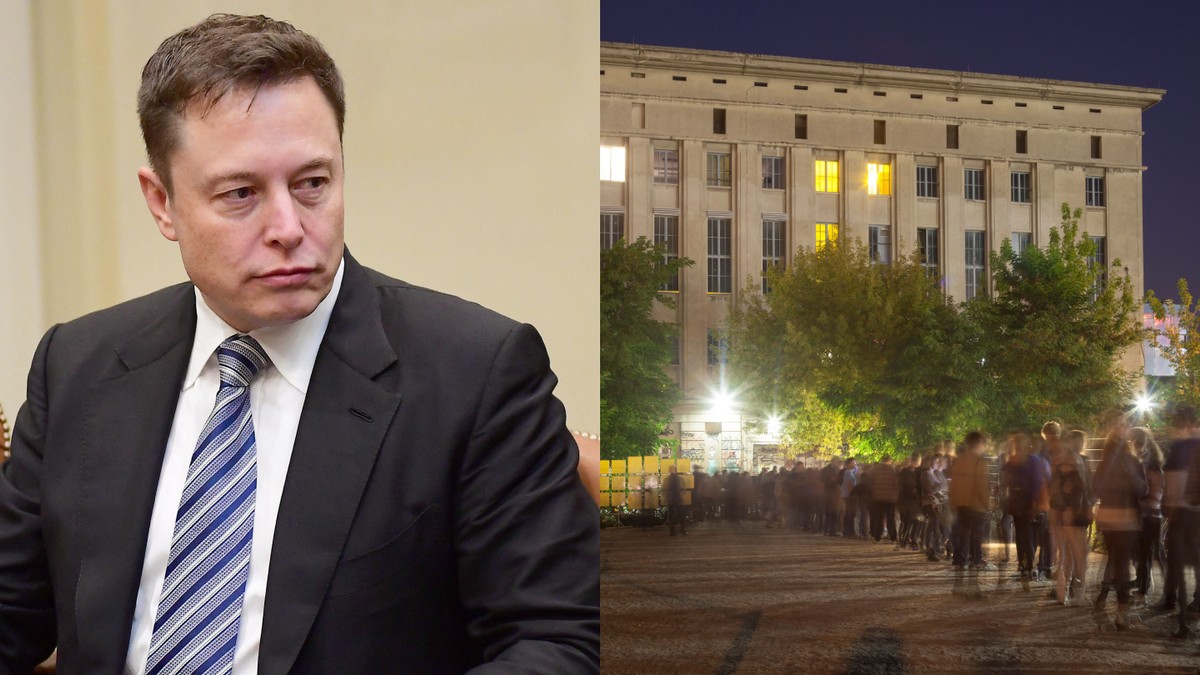 Did Elon Musk Get Rejected From Berghain? An Investigation

According to one Berlin onlooker, club bouncer Sven Marquardt himself was the one to turn away the tech billionaire. 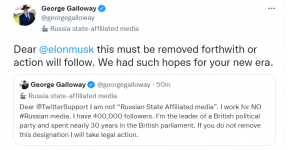 It gets better - he's since deleted the reference to "rt_sputnik" from his profile, apparently. 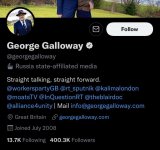 Fascinating that you can have a net worth hovering around $200 billion and still be a throughgoing goon.

God, what a knob.

scuttlebutt that the deal might not actually go through, that the financial realties will eventually outweigh the ego play. $44b is a lot to pay for a service that has never made money, plus lots of Tesla shareholders are leery about Elon being distracted with running his fifth company. apparently, Tesla share price is done 24% in the past month, the equivalent of four twitters. Plus, who buys Tesla's? Predominantly liberal/progressive Democrats who care about the environment (or want people to think they do). Will they get turned off when Elon loosens the restrictions on free speech and essentially embraces the right (and far-right)?

other hurdles are EU rules on content that will be violated if he goes all free speech.

interesting article:
What Wall Streeters Are Whispering About Elon Musk and Twitter

For years among tech dealmakers on Wall Street, as they surveyed the burgeoning social-media landscape for M&A targets, one question had them stumped: How do you solve a problem like Twitter?

Twitter had grown too large and expensive to be taken over by a bigger tech company, which — even if one could afford it — would probably never get the acquisition past the antitrust cops in Washington. Old-media buyers, like Disney, found the service and its copious neo-Nazis too odious for their family-friendly brands. Bankers and private-equity firms ran leveraged-buyout analyses on Twitter umpteen times, always reaching the same conclusion: It simply didn’t make enough money to pay back the debt they would have to take on. “It wouldn’t ever make sense. The numbers don’t work,” said a banker who works on tech and media deals. “I have personally not seen Twitter pitched to any client as a great opportunity.”

But then, of course, along came Elon Musk. When Twitter’s board abruptly changed its tune on his offer to buy the company — from poison pill to LFG!! — bankers surmised what had happened. Goldman Sachs, on behalf of Twitter, had gone out and asked every other potential buyer it could think of to swoop in and make a better deal — and gotten a hard pass. “They weren’t able to find anyone else who was remotely interested,” the banker told me. Goldman would have to sign what’s known as a “fairness opinion” that Twitter was getting the best deal it could. “You don’t want to have shareholders say, ‘You didn’t even ask Google,’” the banker added. “So that’s the only possible way — if literally no one wanted this.”

Most people consider Musk’s purchase of Twitter a fait accompli. But the deal hasn’t closed, and on Wall Street, many are still wondering why the CEO of Tesla would even want Twitter, an albatross whose costs are growing twice as fast as its sales. The bankers and operators I spoke to don’t put a lot of stock in reports that Thoma Bravo, an elite private-equity firm known for taking tech companies private, was considering putting together a competing bid for Twitter and that Apollo, the private-equity giant, might be interested too. Perhaps, some suggested, they were simply interested in getting into bed with Musk, the richest man on the planet, in hopes of winning a piece of some other, more rational deal in the future. Other private-equity heavyweights didn’t give Twitter a second glance. Blackstone and Vista Equity Partners reportedly swore off any involvement.

“I’m not quite sure why he’s done it,” said Euan Rellie, the co-founder and managing partner of BDA Partners, an M&A advisory firm (who himself tweets more frequently than the average banker). “We’ve been scratching our heads as to how the banks can justify lending the money for a business proposition that’s not great.”

In offering to pay $44 billion for Twitter, Musk has handed over roughly one-third of his Tesla stock to banks as collateral for financing the deal; he’ll also owe $21 billion in cash to cover the rest. Just this week, Musk off-loaded more than $8 billion worth of his Tesla stake — likely contributing to the double-digit plunge in the company’s share price in the past few days. In total, Musk is paying more than 15 percent of his wealth for Twitter.

If there’s one thing bankers understand better than avarice, it’s ego, and on Wall Street that remains the most plausible explanation for Musk’s moves. “It’s the ultimate vanity investment. It’s a trophy asset,” Rellie said. “If it were up to me, I wouldn’t have done the deal.”

Some of the advisers and investors I spoke to think someone could — and perhaps should — convince Musk to walk away. The bankers holding Musk’s Tesla stock, for one, are facing the awkward prospect of having to stick a margin call on their moody and often short-tempered billionaire client, or begin dumping shares, should Tesla’s stock fall much further. That has created an informal game of odds on Wall Street, with just about everyone believing there’s a greater-than-zero chance Musk changes his mind. It’s why Twitter’s shares are still trading almost $5 below the price Musk has agreed to pay. “Elon can wake up the next day and say, ‘I decided not to.’ Done. He’ll tweet it, and done, the deal is done,” a second tech M&A banker said.

The about-face would cost Musk $1 billion in breakup fees he would owe to Twitter, but the resulting swell in Tesla’s share price could make up for that many times over. And Twitter would go back to being someone else’s problem to solve.
Click to expand... 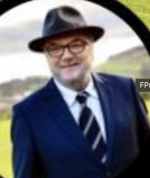 This was the incident that formed the basis for perhaps the greatest Private Eye cover gag of all time: 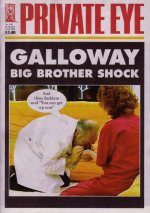 I wasn't sure whether to share this or keep it to myself, but then I thought that I love you guys so much, I can't keep the special secret magic loophole from you please guys, don't tell anyone else though....