IdleRich said:
Yeah I saw that plan listed... it sounds way too complicated for Trump to actually think that many steps ahead. But yeah, he's desperate and he will try and cheat somehow for sure.
Click to expand...

Trump has smart handlers though, evil fucks they may be. The original campaign tactics were very forward looking.

Yeah of course I realise it doesn't just boil down to him. But you know what I mean, it just seemed to have too many steps that scheme, too many places where it could go wrong.

Yah I see that. But if Trumps presidency has shown anything its that he's very good at leveraging the powers of internal organization given to the executive branch. I didnt even know he could do half the shit he's been doing. Turns out too much of the checks and balances on the executive branch are just the dependence on a network of tenous social and political relationships that got you into that position and assure your relevance after, and if you come in slash and burn style like Trump did you effectively warp the network heliocentric and do whatever you please.

Bingo - I've said almost exactly that almost twenty times so glad to know it's not just me. But yeah, it's totally true - too many of the checks and balances on power in both UK and US depend on obeying conventions and doing the right thing. And of course if you don't want to be bound by them it helps if you can stack the court, appoint the head of the DOJ etc 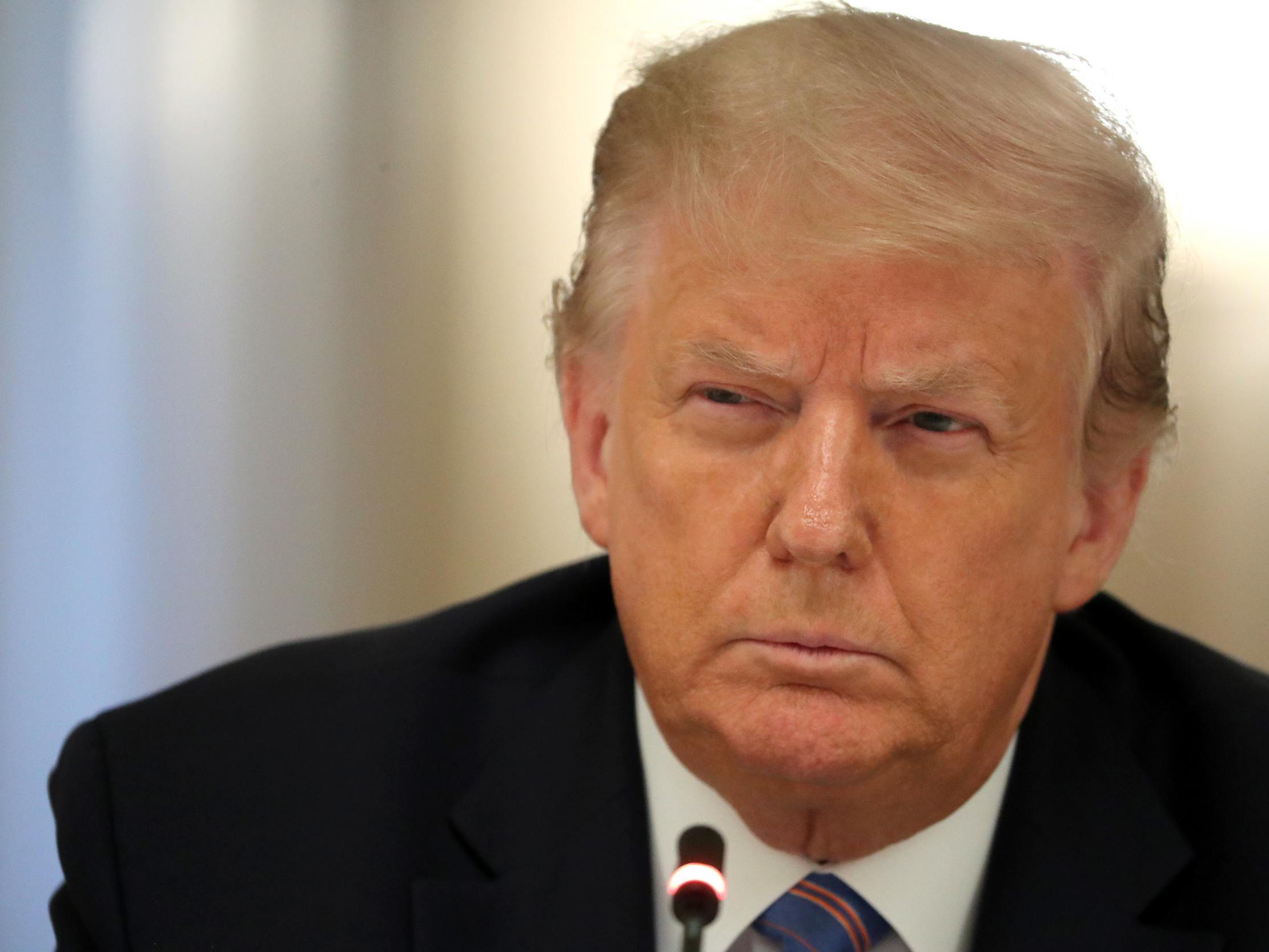 I hope he's wrong. The methodology does give me some hope....

The model calculates the winning candidate based on early presidential nominating contests and placing an emphasis on how much enthusiasm candidates are able to generate early in the nominating process, the professor said.
Click to expand...

It's an interesting idea to model based on how enthusiastic people are about a candidate at first I guess. Thing is, that will surely be disrupted if there are strong enough unusual circumstances during the incumbent's term. Given that Trump has been impeached, presided over more than a hundred thousand deaths (many of which were avoidable) and has overseen an economic collapse plus record unemployment etc etc plus countless other sins we all know and which I can't be bothered to list, I think it's possible that enthusiasm among his supporters may have diminished far more than normal. I guess I'm just saying; it's not been a normal presidency so normal models may not work, but it's a bit more than that cos the way he's done this seems even more vulnerable to this kind of change.
Also the article quotes another predictor who has been similarly successful over the years suggesting the opposite result so... who knows?

I put little weight into speculative models concerning Trump, and potentially any president after the fact. I don't think we have found the right methods, the right stat with the strongest correlate to election results.

Another thing often discussed is how the last few big elections and votes in the US and UK have confounded the pollsters and predictors.
I'm just going by the fact that - simplistically - electorate is made up of Trump's base that will never waver, Dems who will never vote for him and a number of undecideds/floating-voters, I think that Trump's actions while governing have been such as to alienate all except the first group. I just can't see anyone who voted Dem last time and who is in their right mind thinking "Ooh, I like what he did when he stole from his charity, think I'll switch to him" whereas there must be a few moving the other way.
To me Trump will lose the popular vote by some margin, the only question is, can he cheat enough to get close enough to wangle something out of the electoral college. I hope not, but who knows.

I see the Greens and Libertarians are still running candidates this year. I don't understand how anyone can be so neutral on this issue that they don't fall into one of two groups: those who love Trump and will vote for him, and those prepared to do anything to prevent him getting back in, which obviously means voting Democrat. I get that Biden is nothing to write home about from a progressive POV, and lots of people would have much preferred Sanders to get the Dem nomination, but if some of those people are now considering voting Green instead... well I guess they don't mind Trump that much if they're going to vote in a way that might improve his chances of winning, right?
Last edited: Jul 11, 2020

Damn, I did forget about Kanye! I hope nobody tells him that someone forgot about him. He'd be devastated.
L

Odds on a Trump assassination? Fuck you oddschecker and give me the numbers.
L

nah. progressives don't have it in their blood, and the Illuminati want him in charge.

I love that Lindsay Graham (or was it Moscow Mitch?) said that it's right that he should be released, after all it was a non-violent crime and he's in his seventies. For starters that rule has never applied to countless people whose lives have been ruined by custodial sentence, and for a second thing, Stone is 67. They fucking lie like they breathe.
L

it was graham...all in a sudden, he's in favor of criminal justice reform! speaking of non-violent crime, plenty of black and brown guys locked up for years in rikers for getting caught with some pot.

at least Romney spoke up: “Unprecedented, historic corruption: an American president commutes the sentence of a person convicted by a jury of lying to shield that very president."

Yeah, just been looking at Romney's twitter... the number of people defending the utterly indefensible is crazy.
Re Graham, probably the 70s thing was a mistake... he's still an absolutely massive cunt though.

Trump cancelled his next planned rally cos of the weather.... I assume that means cos the answer to whether anyone would come was 'nope'
L

rainy weather was predicted for the entire east coast but nothing than merited cancellation, probably wanted to head off another Tulsa embarrassment.

the latest gaslighting is the administration and MAGA crowd praising Trump for looking so macho and awesome in his mask. LOL, all the same blowhards who have spent the past three months essentially calling anyone who wore one a commie pinko China-loving snowflake.
You must log in or register to reply here.
Share:
Facebook Twitter Reddit Pinterest Tumblr WhatsApp Email Link
Top