Yeah the cancellation was definitely not down to the "predicted storms".... bad news for Trump if he can't even get people to show for his rallies, it's pretty much his main strength.
L

Nice to hear it confirmed (although I can't read the top link, it's not available here apparently).
L

The White House Called a News Conference. Trump Turned It Into a Meandering Monologue.
The president spoke in the Rose Garden for 63 minutes. He spent only six of those minutes answering questions from reporters.

WASHINGTON — In theory, President Trump summoned television cameras to the heat-baked Rose Garden early Tuesday evening to announce new measures against China to punish it for its oppression of Hong Kong. But that did not last long.

What followed instead was an hour of presidential stream of consciousness as Mr. Trump drifted seemingly at random from one topic to another, often in the same run-on sentence. Even for a president who rarely sticks to the script and wanders from thought to thought, it was one of the most rambling performances of his presidency.

“We could go on for days,” he said at one point, and it sounded plausible.

At times, it was hard to understand what he meant. He seemed to suggest that his presumptive Democratic challenger, former Vice President Joseph R. Biden Jr., would get rid of windows if elected and later said that Mr. Biden would “abolish the suburbs.” He complained that Mr. Biden had “gone so far right.” (He meant left.)

Even for those who follow Mr. Trump regularly and understand his shorthand, it became challenging to follow his train of thought.

For instance, in discussing cooperation agreements with Central American countries to stop illegal immigration, he had this to say: “We have great agreements where when Biden and Obama used to bring killers out, they would say don’t bring them back to our country, we don’t want them. Well, we have to, we don’t want them. They wouldn’t take them. Now with us, they take them. Someday, I’ll tell you why. Someday, I’ll tell you why. But they take them and they take them very gladly. They used to bring them out and they wouldn’t even let the airplanes land if they brought them back by airplanes. They wouldn’t let the buses into their country. They said we don’t want them. Said no, but they entered our country illegally and they’re murderers, they’re killers in some cases.”

Each public appearance seems worse than the last, the lies have always been there but previously he had some kind of razzle dazzle that at least enthused the base, now his speaking is so random and rambling it's hard for anyone to get excited about any of it.
L

biden is looking like the very stable genius at this point, mostly by just shutting up and letting trump be trump.
L

I think he's just going through the motions with his handlers hoping he doesn't actually die before November when they'll go all in and cheat like fuck to try and get four more years. 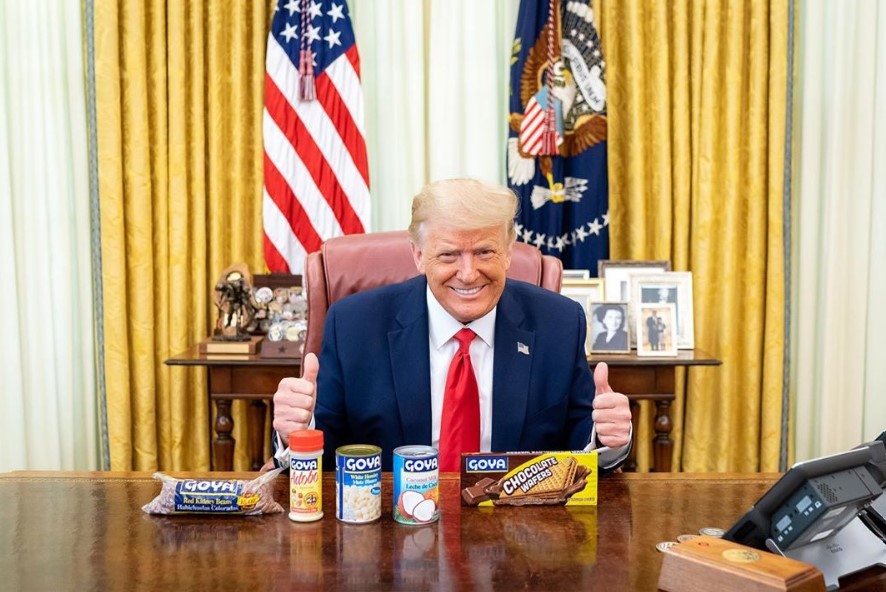 Most realistic smile I've ever seen from him

Some wag on Twitter said he looks like he's won first prize in a raffle at an old folks home.

Trump has refused to confirm that he will leave the presidency if he loses... he's suspicious of mail-in votes apparently.

Yeah... I don't know much about this guy but I know that Trump has criticised him a few times in tweets. I don't know why they let him do that interview cos they knew he had the potential to play rough and it actually had Trump challenged and shown up several times on Fox where it will be seen by his voters. Obviously most people know that he gets proven embarrassingly wrong several times a day but if it's not seen by his base - and it's not cos Fox don't report it - then it won't matter so much.
L

Chris Wallace is the son of legendary newsman Mike Wallace (of "60 Minutes" fame) and is on the news side of Fox, not the opinion side like hannity and Carlson. He's a straight shooter, calls things fairly.

This the longest I've ever sat and listened to Trump speak. I recommend this interview to all.

After 13 minutes of his make-up visibly running down his face, he tells Wallace that conducting the interview outside was to make him sweat. Then goes on to describe the Biden-Bernie coalition to abolish the poilce.

That was an interesting watch. I wasn't even familiar with Chris Wallace before this, nor had I watched anything on Fox News.

Anyone here know what opinions the republicans have of Wallace? Is he smeared as a democrat lover, or was Trump overplaying that?

Anyway, thanks for recommending that @Linebaugh. Don't think I wouldn't have caught it otherwise.