Mr. Tea said:
Not a patch on Arnold Schwarzenheidegger's Secrets of Bodybildung.
Click to expand...

Any puns Arnie could have picked up from studying continental philosophy? Zingers he can deliver to his conquered foes in the quest for tenure? Figured I'd open the invitation.

"You are one ugly performative subject!"

"Get to the signifier of the chopper!"

luka said:
Tea is going to roll out some old favourites now
Click to expand...

I'm trying to think of some that could be adapted to lines from Terminator, Predator or Conan, but I'm drawing blanks. Sorry all.

Staff member
"Become with me if you want to live"

Mr. Tea said:
"Become with me if you want to live"
Click to expand...

Still got the old magic.

"If it bleeds, we can kill it" feels like a philosophical statement anyway. An Arnie aphorism.

I was just trying to adapt that line myself.

"I'll be back" is a statement on eternal recurrence.

version said:
"I'll be back" is a statement on eternal recurrence.
Click to expand...

Again! I had "I'll return. Eternally."

Staff member
"What is best in life?"
"To deconstruct your enemies, see them subjectified before you, and to hear the lamentation of the positivists."
"That is good."

Well actually I had discarded it.
L 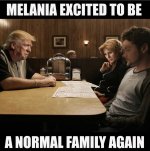 One question that I've been thinking about lately is; to what extent did Trump truly believe that he had a chance of getting a second term after he had lost the election?
I think most of us have been of the opinion that he was just lying about the fraud and putting on a show to attract donations and stuff but I think it goes a bit deeper than that. Cos seeing him lately when he's finally grasped he can't cheat his way into staying on, I do think that there is a difference in body language and so on. For me, I think he knows that he lost the election and he knows that there was no fraud (or at least he did, he's repeated it so much he may have by now forgotten that he made it up and started to believe in it) but I think that he truly believed that he could litigate his way to victory. Throughout his whole adult life he's been able to tie people up with spurious court cases again and again and I think he truly believed that if he just kept launching court cases then the other side would give up. He thinks that court cases are decided by who has the best lawyer and who has the most money and who is willing to fight the longest - the rights and wrongs of the matter register as far less important to him. He was just unable to grasp that you can't simply bulldoze your way through this kind of case without anything at all of substance, and he's not really had to fight before against people who won't give up. I reckon that's why he's so aggrieved that he actually has to throw in the towel and why he won't pay Rudy. Also cos he's an utter cunt obviously.
Last edited: Jan 18, 2021
L

sounds about right, yeah he's always sued his way in and out of things in his business life.

constant escape said:
Any puns Arnie could have picked up from studying continental philosophy? Zingers he can deliver to his conquered foes in the quest for tenure? Figured I'd open the invitation.
Click to expand...

Staff member
I'll be almost sad to see him go, in a way. 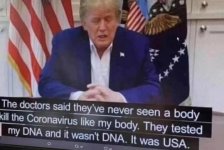