Wake me up when there is 4K video of alien cities lighting up as dusk falls. No one could care less about star farts and artlessly arranged galaxies.

Watching self-proclaimed "astronomy PhDs" and "cosmologists" with pronouns performatively mugging astonishment at these tedious snaps has further eroded my respect for science.

Point your white balls to the skies folks, it's Perseid meteor shower season. Caught 2 ripping the sky a new one tonight. They always come around this time of year. If you can get yourself somewhere out of the urban sprawl and remote (wyh has extensive knowledge of such 'spots') you may just be treated to a galactic feast

Dis some spooky shit, yo.

Oh wow - someone's enhanced the resolution of the algorithm, and it's somehow even more horrific-sounding than before: 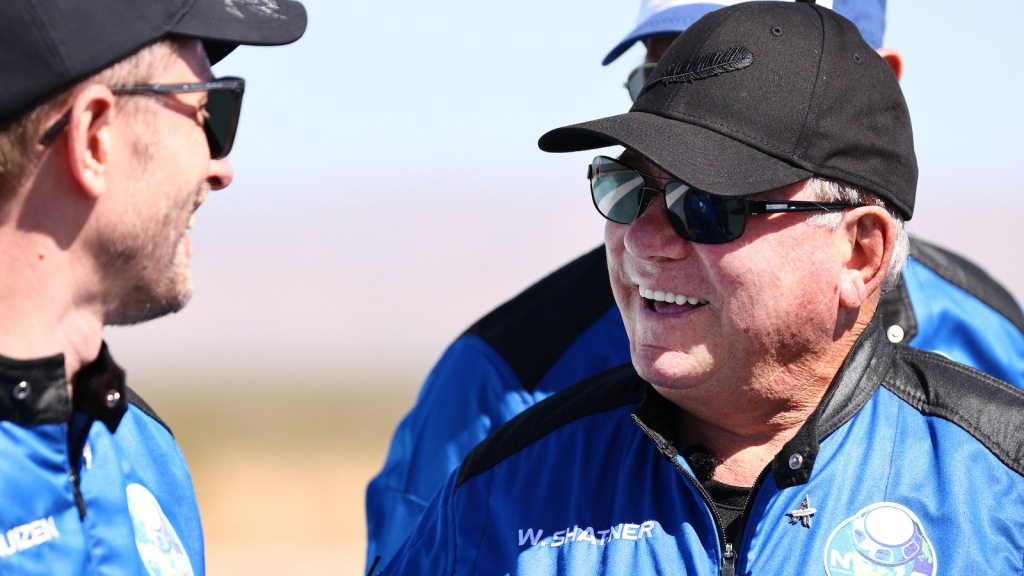 William Shatner: My Trip to Space Filled Me With ‘Overwhelming Sadness’ (EXCLUSIVE)

In this exclusive excerpt from William Shatner’s new book, “Boldly Go: Reflections on a Life of Awe and Wonder,” the “Star Trek” actor reflects on his voyage into spac…

I love the mystery of the universe. I love all the questions that have come to us over thousands of years of exploration and hypotheses. Stars exploding years ago, their light traveling to us years later; black holes absorbing energy; satellites showing us entire galaxies in areas thought to be devoid of matter entirely… all of that has thrilled me for years… but when I looked in the opposite direction, into space, there was no mystery, no majestic awe to behold . . . all I saw was death.

I saw a cold, dark, black emptiness. It was unlike any blackness you can see or feel on Earth. It was deep, enveloping, all-encompassing. I turned back toward the light of home. I could see the curvature of Earth, the beige of the desert, the white of the clouds and the blue of the sky. It was life. Nurturing, sustaining, life. Mother Earth. Gaia. And I was leaving her.

I had thought that going into space would be the ultimate catharsis of that connection I had been looking for between all living things—that being up there would be the next beautiful step to understanding the harmony of the universe. In the film “Contact,” when Jodie Foster’s character goes to space and looks out into the heavens, she lets out an astonished whisper, “They should’ve sent a poet.” I had a different experience, because I discovered that the beauty isn’t out there, it’s down here, with all of us. Leaving that behind made my connection to our tiny planet even more profound.

It was among the strongest feelings of grief I have ever encountered. The contrast between the vicious coldness of space and the warm nurturing of Earth below filled me with overwhelming sadness. Every day, we are confronted with the knowledge of further destruction of Earth at our hands: the extinction of animal species, of flora and fauna . . . things that took five billion years to evolve, and suddenly we will never see them again because of the interference of mankind. It filled me with dread. My trip to space was supposed to be a celebration; instead, it felt like a funeral.
Click to expand...

This makes this video even funnier and blood curdling