Something like this is horrifying to some American queers. But this is how we all grew up. We all used to tease each other with chichiman and fassyman. In the same way that I do not mind that certain non-muslim white mates of mine call me osama bin largeone for a laugh. But these things are based on a specific context and cannot be applied universally. Neither does it mean that ethnic banter abolishes racism - neither does five a side footie. But what it does indicate is a willingness to transgress the boundaries inscribed by politicos. 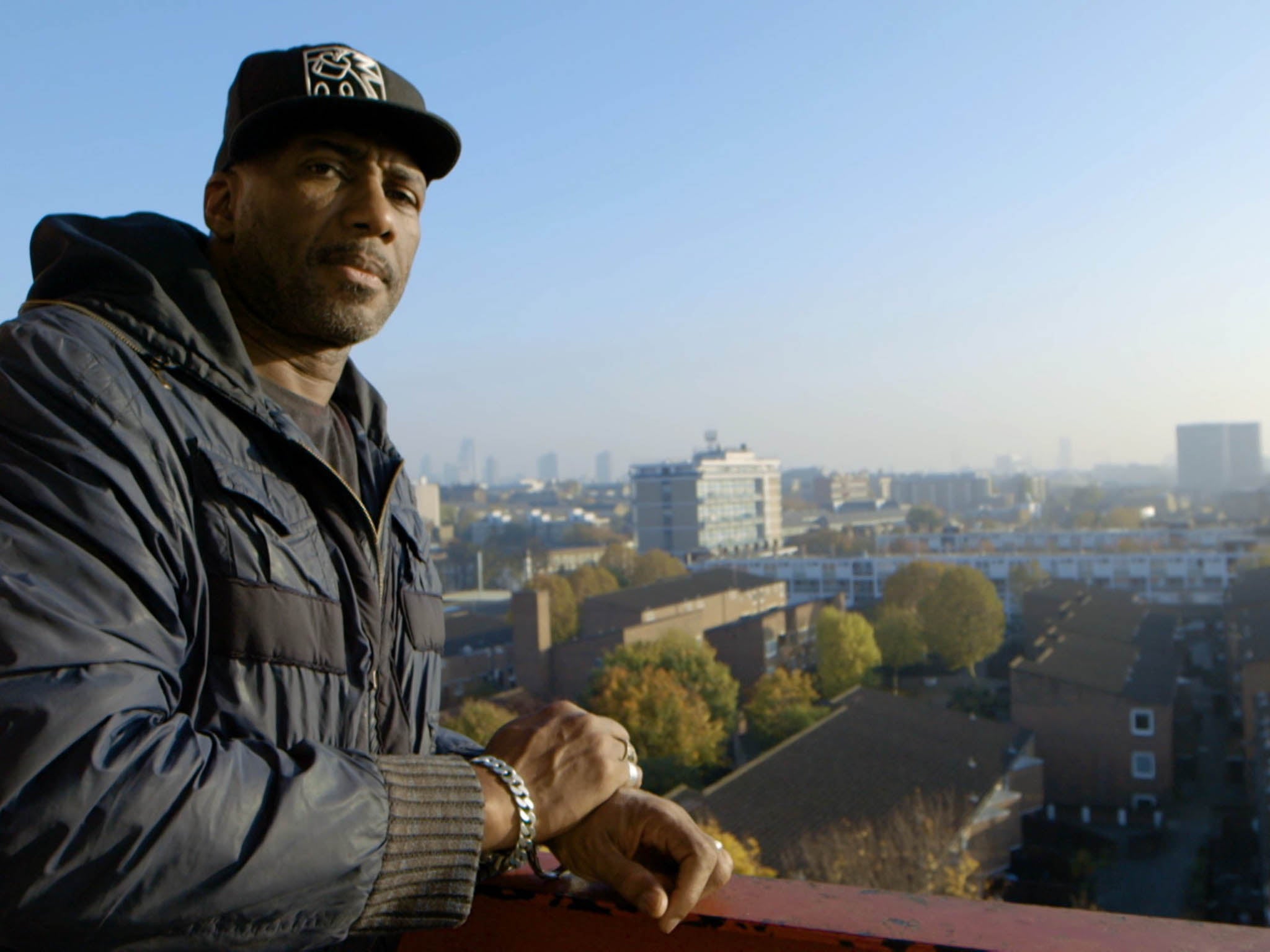 New documentary ‘Out & Bad’ celebrates the black gay clubbing scene. Dexter Goldson recalls how he and his friends overcame prejudice on the dancefloor

There is a lot of being 'the right type of gay/lesbian/bi' in queer culture. I absolutely agree with @shiels it isn't about cocks and arses exclusively. Neither do I think hippy culture is exclusively about drugs. I'm more interested in its cultural composition. One could argue, and I'm sympathetic to this argument, that many post-punks were rejected hippies who were denied entry to the big heavies club.
T

Keith Levene being an archetypical example. The guy had the chops and even roadied for Yes, but was not genteel and public school educated enough.
T

This Heat themselves were all prog musicians associated with the canterbury scene. But again, that world was far from being open.
T

Minor Threat were an earth wind and fire cover band before they went hardcore. They weren't amateurs banging on three cords. They had serious chops.
T

Really the fundamental issue here is that all culture is fundamentally dispossessed by the bourgeoisie - not out of any conscious malicious or gentrifying intent, but merely as a sheer economic fact. Proletarian culture or proletkult is a bit of a false dualism, usually it involves educated intellectuals (I.E: in post-revolutionary russia) trying to graft what they think a working class culture should be and it all comes out as horrific and boring. But although the working class creates everything, nothing belongs to them. This is an important point.

This might not be a distinction people normally make but

It's LGBTQ+ culture that fucking sucks. Let's just keep stringing letters on for each label! LGBTQ+ culture is like, telling people who occasionally fantasize about being the opposite gender that they're clearly trans and in denial.
T

Again, I'm really not the biggest admirer of Trotsky, but he is right here insofar as the proletariat must abolish itself as a negative class (a class that is essential to civil society but not of civil society) during the process of the revolution. Trotsky's issues lie elsewhere, in his uncritical attitudes towards the Soviet state, but we can discuss them later if necessary.

The development of bourgeois culture began several centuries before the bourgeoisie took into its own hands the power of the state by means of a series of revolutions. Even when the bourgeoisie was a third estate, almost de-. prived of its rights, it played a great and continually growing part in all the fields of culture. This is especially clear in the case of architecture. The Gothic churches were not built suddenly, under the impulse of a religious inspiration. The construction of the Cologne cathedral, its architecture and its sculpture, sum up the architectural experience of mankind from the time of the cave and combine the elements of this experience in a new style which expresses the culture of its own epoch which is, in the final analysis, the social structure and technique of this epoch. The old pre-bourgeoisie of the guilds was the factual builder of the Gothic. When it grew and waxed strong, that is, when it became richer, the bourgeoisie passed through the Gothic stage consciously and actively and created its own architectural style, not for the church, however, but for its own palaces. With its basis on the Gothic, it turned to antiquity, especially to Roman architecture and the Moorish, and applied all these to the conditions and needs of the new city community, thus creating the Renaissance (Italy at the end of the first quarter of the Fifteenth Century). Specialists may count the elements which the Renaissance owes to antiquity and those it owes to the Gothic and may argue as to which side is the stronger. But the Renaissance only begins when the new social class, already culturally satiated, feels itself strong enough to come out from under the yoke of the Gothic arch, to look at Gothic art and on all that preceded it as material for its own disposal, and to use the technique of the past for its own artistic alms. This refers also to all the other arts, but with this difference, that because of their greater flexibility, that is, of their lesser dependence upon utilitarian aims and materials, the “free” arts do not reveal the dialectics of successive styles with such firm logic as does architecture.
From the time of the Renaissance and of the Reformation which created more favorable intellectual and political conditions for the bourgeoisie in feudal society, to the time of the Revolution which transferred power to the bourgeoisie (in France), there passed three or four centuries of growth in the material and intellectual force of the bourgeoisie. The great French Revolution and the wars which grew out of it temporarily lowered the material level of culture. But later the capitalist regime became established as the “natural” and the “eternal”.
Thus the fundamental processes of the growth of bourgeois culture and of its crystallization into style were determined by the characteristics of the bourgeoisie as a possessing and exploiting class. The bourgeoisie not only developed materially within feudal society, entwining itself in various ways with the latter and attracting wealth into its own hands, but it weaned the intelligentsia to its side and created its cultural foundation (schools, universities, academies, newspapers, magazines) long before it openly took possession of the state. It is sufficient to remember that the German bourgeoisie, with its incomparable technology, philosophy, science and art, allowed the power of the state to lie in the hands of a feudal bureaucratic class as late as 1918 and decided, or, more correctly, was forced to take power into its own hands only when the material foundations of German culture began to fall to pieces.
Click to expand...

suspended said:
This might not be a distinction people normally make but

It's LGBTQ+ culture that fucking sucks. Let's just keep stringing letters on for each label! LGBTQ+ culture is like, telling people who occasionally fantasize about being the opposite gender that they're clearly trans and in denial.
Click to expand...

Disagree, all cultures ultimately succumb to rigid norms and must disavow flux and repress it.

Otherwise they no longer survive as cultures and are merely discarded.

Trust me mate. It is.

To speak of a culture in commodity society inherently indicates its tendancy to territorialisation. Who gatekeeps, who guards, who are the enemies that need to be invented? We all do it to an extent with our valuations regarding music, where in essence its a harmless pursuit. It gets problematic however when this gets transfered to peoples expressions of self, I've heard of more rough looking gay people for being turned away from queer spaces for not being queer enough. Where else are they gonna go then?
T

Heck, I've been turned away from clubs which operate a safe spaces policy because of my visual impairment and carrying a white stick. And then they still have the tenacity to write: no sexism no ableism no racism.

thirdform said:
Heck, I've been turned away from clubs which operate a safe spaces policy because of my visual impairment and carrying a white stick. And then they still have the tenacity to write: no sexism no ableism no racism.

linebaugh said:
third is failing to mention he was also giving everyone in the club his dissensus routine
Click to expand...

Uh no. In london we don't speak in clubs. It's hoods up, top button done up, zoot in pocket, no smiling, no chatting to your girlfriend unless getting a drink. maximum self-control. drop 4 pills but never turn into a love bomb.

The rants are for after the club or in the smoking area.

thirdform said:
Disagree, all cultures ultimately succumb to rigid norms and must disavow flux and repress it.

Otherwise they no longer survive as cultures and are merely discarded.
Click to expand...

It is right that Spendo, like any of us, should answer for his behaviour and the language that he uses. But such questioning should take place in an atmosphere of comradeship and solidarity
Click to expand...

This is my new meme format

Our Debt to Mark Fisher

Mark Fisher passed away four years ago today. In bleak times, his writing showed a new generation that another world was possible – and paved the way for socialist revival.