I've never felt any desire to re-read Borges. Once he's successfully transferred the conceit of the story from his brain to yours, the need for all the ornate trappings falls away. Library of Babel, yup, got it, very clever, thanks.

poetix said:
I've never felt any desire to re-read Borges. Once he's successfully transferred the conceit of the story from his brain to yours, the need for all the ornate trappings falls away. Library of Babel, yup, got it, very clever, thanks.
Click to expand...

Whereas Burroughs can still get under my skin, and actually I don't care very much about his ideas, it's the state of being he communicates that resonates.

luka said:
but you wil usually be able to distinguish between the two.
Click to expand...

luka said:
ok but we all make decisions about what we will and wont read if its important to you though send me a Nabakov and i promise to read it within a month of receiving it
Click to expand...

IdleRich said:
your peculiar stance which seems designed to take things away from you for nothing in return.
I saw an interview once with Posh Spice and she said that she had literally never read a book, she said that she just didn't have time. Which is a bizarre excuse from a multi-millionaire who has countless servants to do everything from her and who is always jetting round the world, something which makes a perfect fit with reading. But when I saw that piece I felt truly sad for her cos I think she was telling the truth and it's like there is whole dimension that she doesn't fucking know about and she's missing out on so much... it's like she is walking around with her eyes closed every day and people say "Why don't you try opening them?" and she's "No, I don't think that would be something I would like".
Click to expand...

did you see the east 17 guy who's discovered reading? has that been posted already? 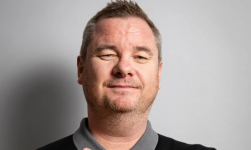 What about tricks for writing rather than reading? I mentioned the other day that I had come up a strategy for that.
Everyone has one novel inside them right? A few times over the years I have thought it would be good to get the novel outside of me. Normally what happens is that I have a bit of a think and come up with a really good idea, then I charge into it full steam ahead and write a number of pages that set the tantalising scene and which (if I'm any judge) are of reasonably high quality... or at least, as good as I can hope to get it, I'm not saying it's Paulo Coelho level or anything...
And then at that point I probably show it to a couple of people who are polite (or weak-willed) enough to feign interest and be brow-beaten into reading what I've done. And usually they'll express lukewarm approval and say something like "So what happens next?" or "How does it all tie up?" and I will say "fuck knows" and at that revelation I'll slowly run out of steam... each page will be dragged out of me more laboriously than the last and, though do manage to prolong the illusion for a little while, inside I know that the book is never going to be finished. And sure enough, soon I just stop thinking about it and pretend it never happened.
So, now we're locked down again I said to myself "You stupid fat cunt do something worthwhile - or if you can't manage that, then at least just do something". So I looked at what always goes wrong (see above) and thought I'll try and address those issues.
I guess it's obvious really but I decided to what I never did before and plan a whole story arc for the novel so I didn't face the first problem.
Also, a year or two ago I really enjoyed a @jenks tip called Their Brilliant Careers which was loads of vignettes of the lives of made up Australian authors - very funny and it seemed like it might have also been a lot of fun to write. So I kinda copied the format but with an eye to making those vignettes link together to make an overall story - which is planned out.
So I really feel like I should be able to finish this time cos the story is there and the vignette format means that if I get bogged down ib one bit I can move to another part and write in a different voice or whatever. Also means I can control the length quite easily by putting in some 'newspaper clipping' or whatever to bulk it out. In fact, in theory, I could even delegate chapters to different people I guess, tell em the characters and what has to happen and I would authentically end up with different voices... but when I tried to trick @woops into writing it for me he pushed back quite hard.
Anyway this is my trick to hopefully dodge my weaknesses, it brings in problems of planning and writing in differentstyles and so on, but I hope they will prove less problematic for me. 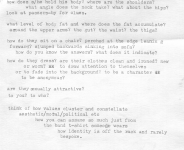 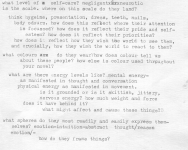 his novel. He loftily ignored them all needless to say but that's fine cos i enjoyed writing them

luka said:
ok but we all make decisions about what we will and wont read if its important to you though send me a Nabakov and i promise to read it within a month of receiving it
Click to expand...

It's not so much that - I'm just kinda simultaneously attracted and repelled by the idea that you can know it without reading it. Genuinely somehow fascinated by that.

Just arrived at my friend's house... she said I can borrow a book... so I'm opting for this one. 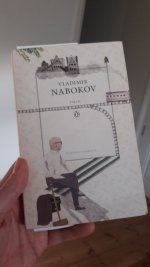 one of his lighter ones, i like em all though

IdleRich said:
Just arrived at my friend's house... she said I can borrow a book... so I'm opting for this one.

craner said:
For the record I don't think there is anything wrong with that. It's the same as me having an idea for an essay and then reading about or around it.

K-Punk took it to a different level: everything he encountered had to have a K-take, judged in relation to his aesthetic or, later on, justified or condemned by his categorical order.
Click to expand...

This can be seen as generous in a way. I suppose as the opposite to a more private escapist retreat from the world and that wholesome noble serious curious compassionate ‘bookish’ image which prepackaged and insincere

shiels said:
This can be seen as generous in a way. I suppose as the opposite to a more private escapist retreat from the world and that wholesome noble serious curious compassionate ‘bookish’ image which prepackaged and insincere
Click to expand...

Gonna have to think about that one.