Well this is pretty grim. 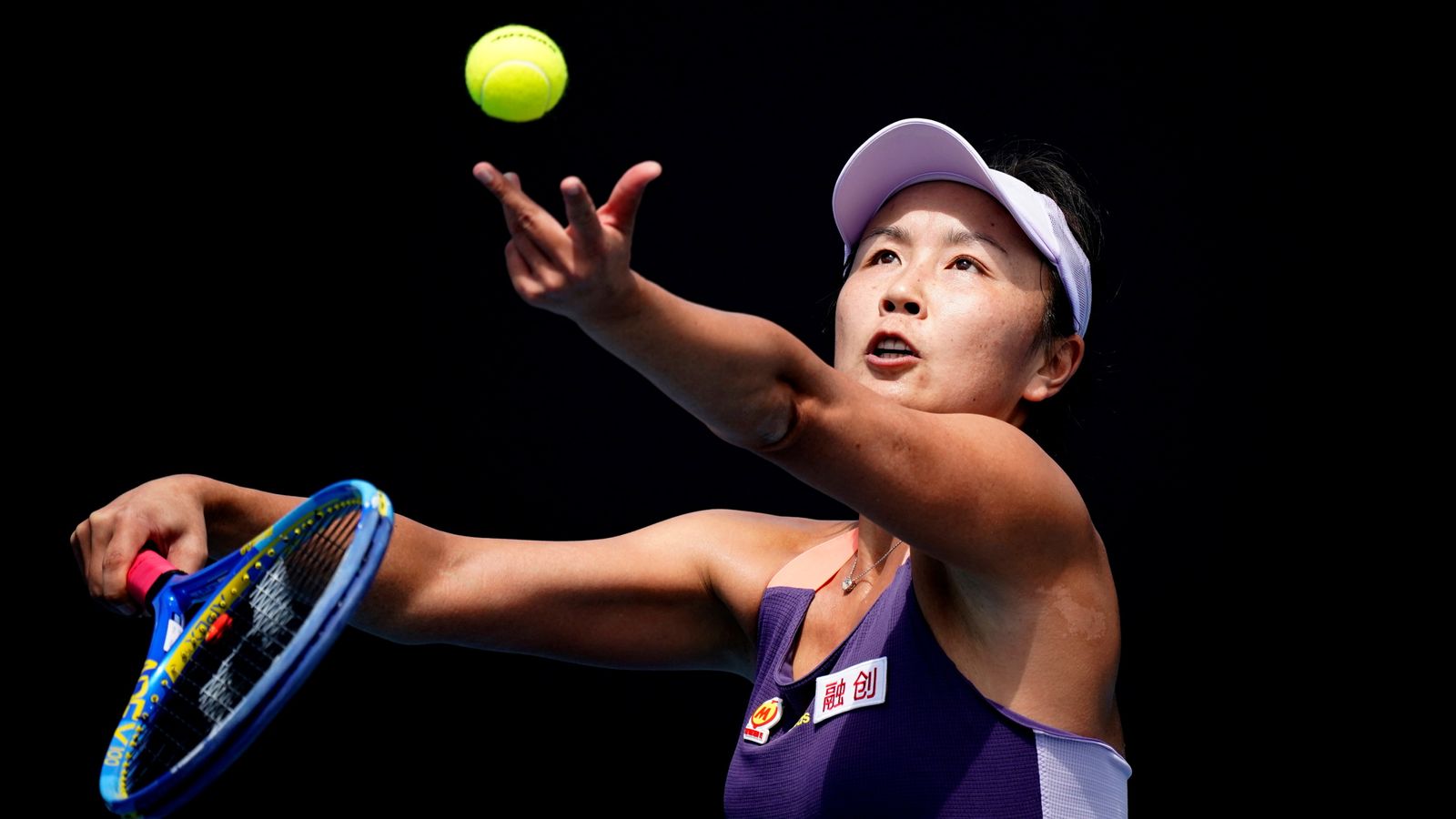 Peng alleged Zhang Gaoli forced her to have sex despite repeated refusals - but her post has been taken down and she hasn't been seen publicly since.

Some people have misconceptions about cotton picking in Xinjiang and believe forced labor are used. Maybe this song can tell you the answer. Have a listen!
Click to expand...

the "rapping" on this is pretty special 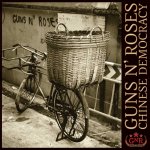 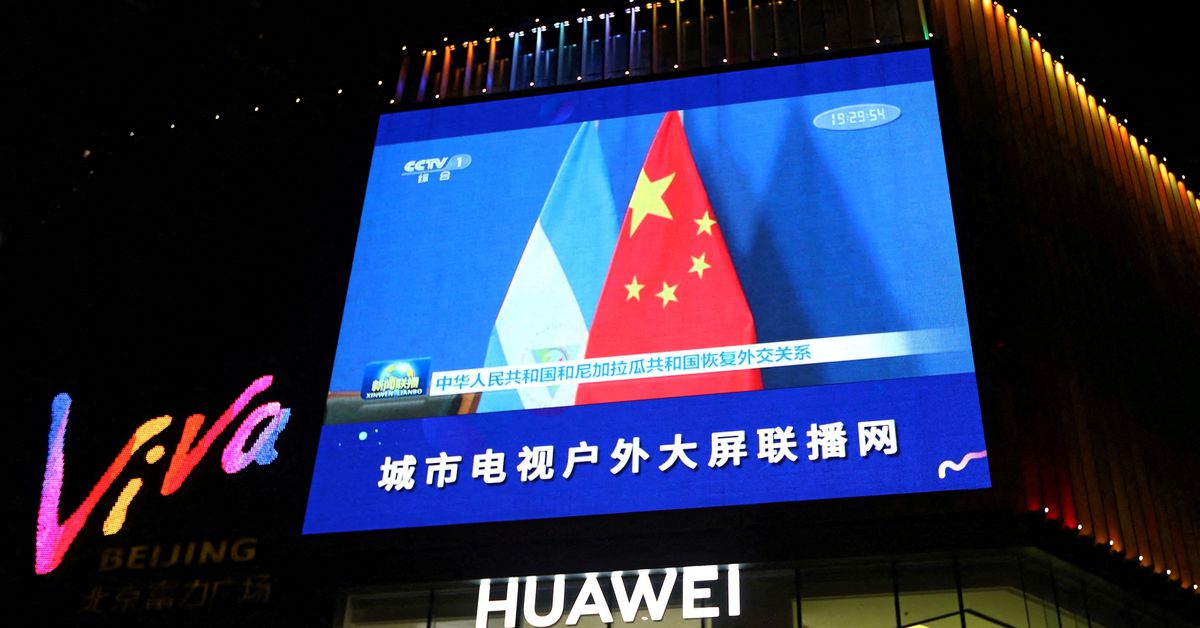 A creeping barrage of U.S. sanctions on top Central American officials has made China an attractive partner for governments resisting Washington's push to tackle corruption and democratic backsliding in the region, officials and analysts say. 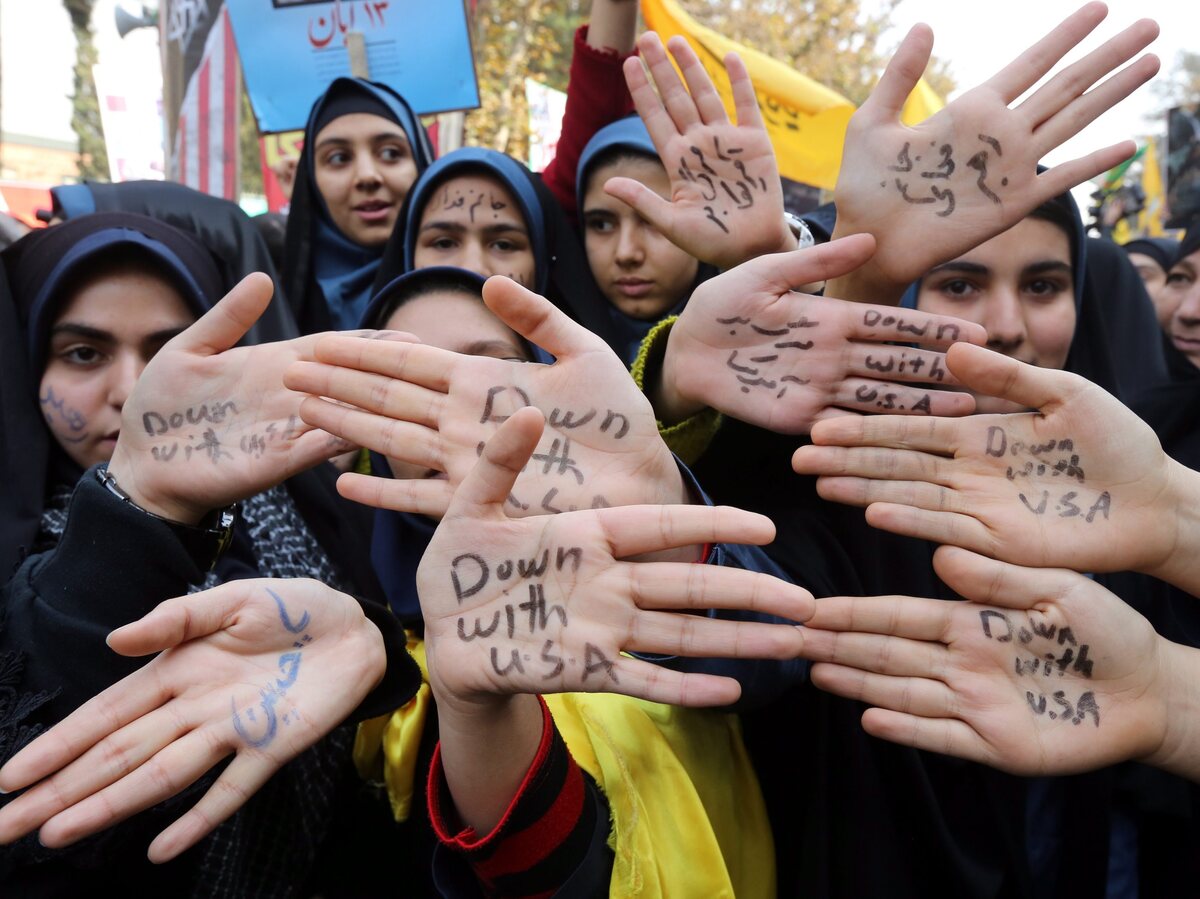 A new report sheds light on a shadowy industry where authoritarian states enthusiastically export surveillance technologies to repressive regimes around the world.

In case you don't have a subscription-

A Chinese company is selling its surveillance technology to Iran’s Revolutionary Guard, police, and military, according to a new report by IPVM, a surveillance research group. The firm, called Tiandy, is one of the world’s largest video surveillance companies, reporting almost $700 million in sales in 2020. The company sells cameras and accompanying AI-enabled software, including facial recognition technology, software that it claims can detect someone’s race, and “smart” interrogation tables for use alongside “tiger chairs,” which have been widely documented as a tool for torture.

The report is a rare look into some specifics of China’s strategic relationship with Iran and the ways in which the country disperses surveillance technology to other autocracies abroad.

Tiandy’s “ethnicity tracking” tool, which has been widely challenged by experts as both inaccurate and unethical, is believed to be one of several AI-based systems the Chinese government uses to repress the Uyghur minority group in the country’s Xinjiang province, along with Huawei’s face recognition software, emotion-detection AI technologies, and a host of others. (Huawei has denied involvement in the region.)

The report, based on analysis of Tiandy’s publicly available social media posts and web marketing materials, shows that the company has signed a five-year contract in Iran, where it plans to have eight local staff members. The report also details that while Tiandy is privately owned, its CEO, Dai Lin, is a public supporter of the Communist Party, the ruling party in China, and the company is a major supplier to the Chinese government. While the exact package of surveillance capabilities Tiandy will sell to Iran is unclear, IPVM found Tiandy cameras in use by the Iranian firm Sairan—a “state-owned military electronics provider”—and at an undisclosed military base. Tiandy also touts several projects in Iran on its public website, including work with an arm of the Islamic Revolutionary Guard and with police in the northern city of Khomam.

Importantly, the report revealed that Tiandy’s networked video recorders (NVRs) are in use by the Iranian military and powered by chips produced by US manufacturer Intel, raising questions of whether the company has violated US sanctions on Iran. Penny Bruce, an Intel spokesperson, told MIT Technology Review, “We have no knowledge of the allegations raised, and we are investigating the situation.”

The new report is among the few pieces of hard evidence for something experts have long suspected: that Iran is trying to build a system of digital control over its citizens, following China’s model and using Chinese tools. Censorship and surveillance are core tenets of that model, says Saeid Golkar, an expert in Iranian security and a professor at the University of Tennessee, Chattanooga. “The Islamic Republic is trying to create an internet like China, creating massive connectivity and then controlling it,” he says.

Iran has been riding China’s coattails in the realm of surveillance for some time. Iran was an early adopter of the Chinese “social credit” system, a comprehensive scoring of citizens’ financial, civic, and social activities. In 2010, the Shenzhen-based company ZTE signed a $130 million deal with the state-run Telecommunication Company of Iran (TCI) that overlaid a ZTE surveillance system on government-managed telephone and internet infrastructure.

In March, China and Iran agreed to a 25-year strategic partnership, and though many of its details are undisclosed, the agreement stipulates increased military and trade cooperation between the two countries. IPVM’s report confirms some of those details, outlining how Iran is modernizing its ability to track its citizens.

Golkar says that until recently, much of the Iranian security apparatus was run by moderators and informants monitoring social media sites, but that is changing rapidly. “As Iran becomes more digitized, I’m sure that we will see more digital forms of oppression and surveillance,” says Golkar. Iran has a track record of imprisoning and torturing dissidents, and Tiandy’s product line appears well suited for furthering such tactics.
It’s essential to watch what China is trying to sell to other countries, and autocracies in particular, Golkar says: “Authoritarian regimes are following China, because China is running this game. Everything that China does, they will buy it or they will try to duplicate it.”

The Tiandy-Iran partnership marks an escalation of a worrying trend in which authoritarian states are increasingly using technologies to exert control over their citizens. At a high level, the partnership aligns with China’s diplomatic strategy. China has aggressively pursued closer ties with countries in Central Asia, the Middle East, and Africa. Intent on cementing global influence through its sprawling Belt and Road initiative, Chinese officials and companies strike deals to build ambitious development projects ranging from ports and highways to digital infrastructure. Huawei, for example, is responsible for building about 70% of the 4G networks on the continent of Africa.
Part of these projects is China’s vision for using technology to closely monitor the populace. Huawei, Alibaba, ZTE, and other Chinese companies run so-called “safe cities” and “smart cities” programs, claiming that their use of IoT and visual technologies aids police agencies. Huawei says its tools were used in over 700 cities as of 2019, with a focus on Asia and Africa. Simply put, exporting surveillance systems is a core part of China’s geopolitical strategy.
I suppose if you are Iran or similar then the idea of copying China's digital surveillance model is quite good really. The tech is all in place, it's like buying a ready-made infrastructure, providing you have enough data on your population already to populate it.

I did always wonder as a foreigner to the country if you were tagged at the airport so they could follow you round or if you were a ghost in the system. I could look that up I guess.

Registration is mandatory for foreigners who enter China with the Public Security Bureau (PSB) through the local police station. Since 1 July 2008 in China, it became enforced and required registration within 48 hours. Offenders and those who fail to register (whether it is individuals or the management of an apartment building) will have to pay a fine. This article will help you with this and give you some additional tips. Whether you are a student studying in China, a tourist, or a business person, you need to register. Still, the modus varies depending on the accommodation option or types of visas.
Click to expand...

I've been there a few times and never did that ha. Surprised they let me bomb around from place to place

wild greens said:
Surprised they let me bomb around from place to place
Click to expand...