no idrizzle. did you see that wapo article tho, it sounds grimmm

vimothy said:
it's not only russia who are restricting info about the offensive, tho. lets b real.
Click to expand...

most of the media here reported on Russian advances and territorial victories when they happened, though. are you talking about something else?

Moment of danger now. Russia lost its best regiments, equipment and all, around kharkiv. 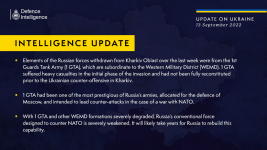 Do you think he'll lob a nuke?

Russia as a viable entity, stretching from Baltic to Pacific, is looking very precarious. What's to stop breakaway republics now? The VDV destroyed in the first week were the very people assigned to stamping out risings. We're on the eve of the further dissolution of the Russian empire.
Last edited: Sep 13, 2022 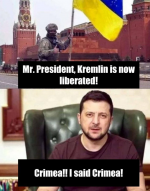 Putin apparently on his hols in Sochi at the moment.

I think something like that is coming though. Putin had a good run and was untouchable, but he has totally fucked Russia's reputation, spent all its military capital. Probably one of the greatest single mistakes in history, one that will set the tone for the next century. Control of the world Island is all but lost.

This story of scared Russians hastily fleeing could be well-done spin but seems plausible.

“Trucks drove through the city honking, and they climbed on and left,” said Igor Levchenko, a retiree, describing the Russian Army’s withdrawal after more than six months of occupation. “They didn’t have a fighting spirit. They were afraid.”
Click to expand...

The testimony of the town’s residents aligned with reports from other recently retaken villages in the Kharkiv region, where Ukraine has routed Russian forces, and towns that are still occupied in the south. The accounts shed a harsh light on apparent morale and communications breakdowns within Russian occupying forces that could have broad implications for the course of the war, should units elsewhere be afflicted with similar problems.

Some witnesses described the Russian troops as increasingly ill-disciplined, unpredictable, anxious and, in some cases, simply scared.
Click to expand... 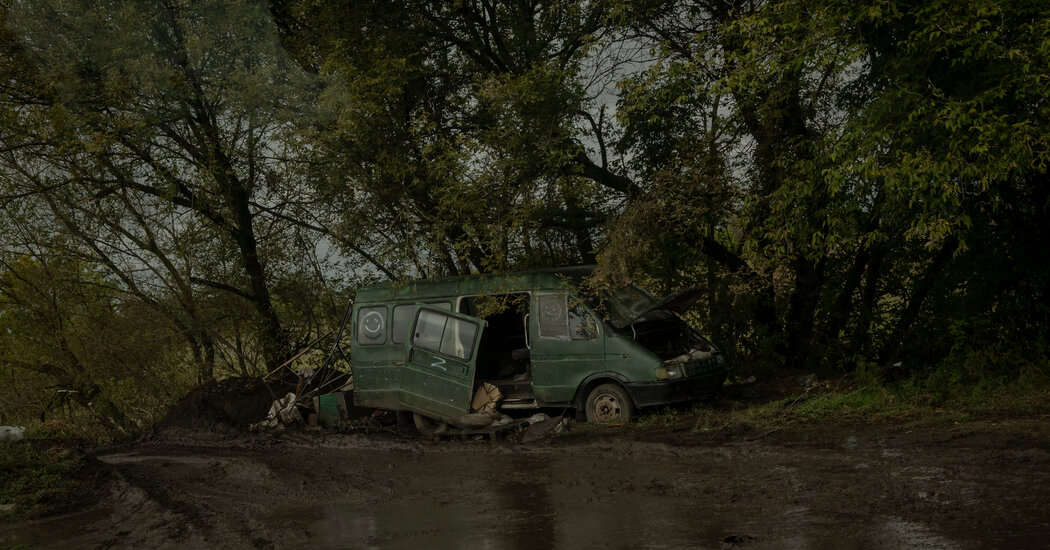 Am I being fatalistic for assuming that if this does do for Putin, the takeover is going to come from the people who think he's soft and weak and shouldn't be so slow to start lobbing nukes rather than from some peace-and-love faction who just want everyone to be friends again?

that's the problem. worse is the alternative to really bad.

Slothrop said:
Am I being fatalistic for assuming that if this does do for Putin, the takeover is going to come from the people who think he's soft and weak and shouldn't be so slow to start lobbing nukes rather than from some peace-and-love faction who just want everyone to be friends again?
Click to expand...

I think it's a safe bet that their ICBMs are totally clapped out shit too. Don't know about you, but I'm happy to see a few randomly unlucky Western cities destroyed in return for Russia losing everything, everywhere, forever. That's the fresh start this century needs.

Dump the crowds cueing to see the royal coffin down on the Kremlin, fousands of em, spread them out, no bunching and strap suicide vests to every single mourner

Parachute drop at dawn, chaos ensues and these lost cities you speak of are prevented from disaster too. Bishop of Canterbury blessed the line, what greater signal could there be
Last edited: Sep 14, 2022

Shows how desperate they're getting:

Underlining Russia’s widening isolation on the world stage, Prime Minister Narendra Modi of India told President Vladimir V. Putin on Friday that it is no time for war — even as the Russian president threatened to escalate the brutality of his campaign in Ukraine.

The televised critique by Mr. Modi at a regional summit in Uzbekistan came just a day after Mr. Putin acknowledged that Xi Jinping, China’s leader, had “questions and concerns” about the war.

Taken together, the distancing from Mr. Putin by the heads of the world’s two most populous countries — both of which have been pivotal to sustaining Russia’s economy in the face of Western sanctions — punctured the Kremlin’s message that Russia was far from a global pariah.
Click to expand...

“I know that today’s era is not of war,” Mr. Modi told Mr. Putin at the beginning of their meeting, describing global challenges like the food and energy crises that were hitting developing countries especially hard. “Today we will get a chance to discuss how we can move forward on the path of peace.”

But Mr. Putin’s own next steps remain a mystery, and Western officials believe that he could still drastically escalate the intensity of Russia’s assault if he is confronted with further defeats.
Click to expand... 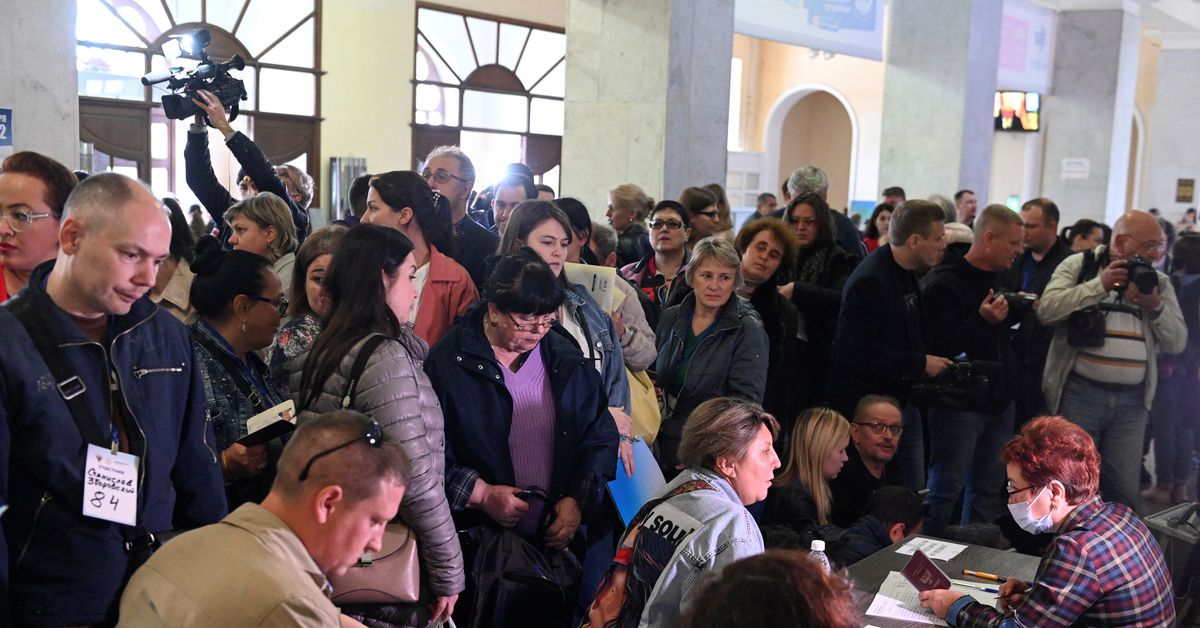 The referendums are aimed at annexing four occupied regions of Ukraine, drawing condemnation from Kyiv and Western nations which dismissed the votes as a sham and pledged not to recognize the results.

Russia has cut off Siberian gas pipeline to... China!