Staff member
What is a "fuckary" supposed to be? Is the idea that the Holocaust wasn't the only awful thing that's ever happened?

Sounds fairly uncontroversial to me.

Staff member
Whilst many will no doubt agree with some of Hallums statements to the effect that ongoing collapse of our ecosystems will put many genocides of the past in the shade by comparison, the fact remain that crassly dismissing atrocities in our history increases the likelihood of them being repeated.

Rogers increasingly consequentialist and populist narratives around climate catastrophe* is becoming en vogue amongst many in the environmental movement who would dismiss the lived experiences of those affected Historically by the same leviathan that sees us in danger of a silent planet.
" There's no climate justice on a dead planet" I've heard people say with saddening frequency, a sign not of compassion and empathy but of privileged desperation.

This emergency mindset will see only more division and Zealotry emerge as more and more people are potentially manipulated into ill informed action by moral blackmail rather than a sense of consented, informed resistance to the multiple crises facing us.

The call to forget history so all hands can man the pumps of the "climate emergency" is also indicative of a mindset that sees itself separated from the continuum of wider being, that's part of why we are here at this terrible brink in the first place.

Rogers deliberate provocation of controversy shows cunning in that it gets tongues wagging yet its likely the real issues will be foreshadowed as the story becomes all about him rather than about what's going down on this dying planet of ours.
It could be seen as also an incredible disdain for his Co workers, fellow rebels and those we are meant to be welcoming in under banners of inclusivity.
It affects the hunger strikers, the media teams dealing with the fall out, the rebels arguing on facebook..
Whilst autonomy is to be encouraged the lack of consideration for the wider team is saddening.
So many give so much to XR and yet often all many do us fire fight.
It's a waste of resources and precious time.

With folk in XR calling for terms like decolonisation and oppression to thrown out of the XR lexicon it feels like this chasing of populism is veering down a darker path altogether in an attempt to become so broadstream as to try encompassing every perspective at once.
Whilst I'm in favour of ternary thinking I can't see any deeper thought as how to the deepening shadows of authoritarianism are to be avoided though. This desperation to become saviors could instead damn us further into a deepening hell.

I'd suggest that it's time to change the guard within XR.
Time to stand back the figure heads and Co founders whom are becoming too used to the prestige, power and privilege that's a result of XRs explosive birth.

XR has never been creation of just a few.
Both Roger and Gail have shown incredible capacity, passion and motivation and like many I'm vastly grateful for all that has been accomplished thus far but XR isn't just their baby.
Indeed without the dedication of all the unseen founders XR simply wouldn't be here.
Roger would likely still be nose diving projects into the ground and plugging his PHD, Gail would still be trying to float compassionate revolutionaries, I'd still be flogging my guts out on front lines.
It's been a total sum of part's affair.
It was meant to be a gift to the world, not a vanity project for the few.

I'd suggest it's time to look at closely at how Co founders /figureheads media exposure is handled.

Calls for compassion to be shown to Roger once again highlight the privilege that figureheads have.
Where's the compassion and thought to aggrieved XR rebels and Co workers?
To those whom theses crass and thoughtless comments have aggrieved?
The "cone" of directed compassion vaunted by many is also exclusionary, this is exemplified by such acts as sending flowers to cops and not thinking of the communities whose sons have died in that same station.
It's a common issue with the limits of love.

Figureheads and Co founders need their exposure limiting and a clear policy should be set out for accountibility guidelines.
If you can't stick to them as an XR ambassador, Co founder or figure head then out you go.

To many this will seem like naming and shaming, a taboo in XR.

I personally think that principle needs tk go or to be amended, it's led to a culture of meekness within XR and with that an inability to speak to power, it has been used to shirk accountibilty and obfuscate power in ways not entirely healthy.

Staff member
Dunno who wrote that just saw it on facebook

Counter-terrorism police placed the non-violent group Extinction Rebellion (XR) on a list of extremist ideologies that should be reported to the authorities running the Prevent programme, which aims to catch those at risk of committing atrocities, the Guardian has learned.

The climate emergency campaign group was included in a 12-page guide produced by counter-terrorism police in the south-east titled Safeguarding young people and adults from ideological extremism, which is marked as “official”.

XR featured alongside threats to national security such as neo-Nazi terrorism and a pro-terrorist Islamist group. The guide, aimed at police officers, government organisations and teachers who by law have to report concerns about radicalisation, was dated last November.

It says that issues to look out for include people who speak in “strong or emotive terms about environmental issues like climate change, ecology, species extinction, fracking, airport expansion or pollution”.
Click to expand...

Sends a strong message to the youth that the state is their enemy.

john eden said:
Sends a strong message to the youth that the state is their enemy.
Click to expand...

Normally when someone says that it's a metaphor or an interpretation of events or something but here it seems that that is literally what they're doing.
B

It'll be interesting to see what happens here. What people were saying to XR a few months ago is now a matter of record - the state will try to destroy and smear anyone who they consider a threat. They'll only play nice if you're not a threat - in this way the state is very much like Jose Mourinho.

The police have now said it was a mistake and they've recalled the document. I guess they're in frantic PR mode, or trying to appear as though they are.

Priti Patel has now said that it was not a mistake:
https://www.theguardian.com/environ...lusion-of-extinction-rebellion-on-terror-list

Welcome to the Johnson government where the cops are given a clear signal from the Home Secretary to turn it all up to eleven.

Jeremy (a hero of mine since i read his excellent writings on migration in the 90's) finally got his XR piece out, too late to avoid the collison with the virus, though too soon to draw any large conclusions about XR/Covid evolution
https://www.lrb.co.uk/the-paper/v42/n08/jeremy-harding/the-arrestables (your 1 monthly LRB article, or trivially bypass their paywall by dumping cookies)

He interviewed Roger, and it sounds like he was spellbound, It would have been interesting to have been able to ask what Roger makes of the pandemic , i wonder if there's any chance of an update - can Roger get Zoom in his West Wales eyrie?

I'm flattering myself that there's any parallel with my uncelebrated write-up of XR in the time of Corona here http://amir.gebnet.co.uk/occupyarla-7-3-2020
I've reached out to Jeremy anyway for comment (i met him a few years ago, we have some mutual fruends in bloomsbury :x, you can tell he's read this thread

Good read Sufi, you just gave me the nudge to go back and finish. This was a highlight

The day was beautifully orchestrated, without particularly high tension apart from the occasional enraged A406 rat run driver. Everybody played their role perfectly, everything went smoothly.
The activists and cops enacted a choreographed ritual, a set piece, procedural, meticulously planned on both sides and practised, literally rehearsed, using costumes and masks, special props and a certain amount of egos waggling.
Click to expand...

Thanks so much Shiels
that particular excerpt was inspired by and in response to Danny's thread on aesthetics/protest https://www.dissensus.com/showthread.php?t=15294
--------
this was the sort of takeover i had in mind https://www.leftvoice.org/workers-in-france-take-over-mcdonalds-to-distribute-food
O

(i ran with this crew for a bit, as thier vinyl guy - lol)

here we go again - we have another rebellion end of august. the middle classes are going to take a beating again, and see if their passive-aggressive tactics can offend the police by making them feel guilty while pissing off everyone else who doesn't think that spending a night in the cells will be a jolly good chance to finally finish reading war and peace. 1500 will be arrested outside parliament, ignored by the press, but two people will be arrested on a train for inconveniencing the 'lower classes' getting to work, and everyone will laugh at how dreadful it is to be middle class, because we are all cunts.

come join us being dicks on brixton rd this weekend: XR is blocking 10 roads for 14h as white shields, and co-facilitating this NVDA at the request of the Afrikan Emancipation / Reparations action committee. Brixton road will have lots of sound systems on it, i hear Ariwa crew and maybe Bovell will be representing. If you want to join in, bring your face mask and hand sanitizer as the roadblocks need CREW, I'm comms, for the de-escalation/nonviolence team. what could go wrong lol. msg me.

Causes event in London by Extinction Rebellion and 3 others on Saturday, August 1 2020 with 245 people interested and 151 people going. 13 posts in the...

p.s. 1500 of my fellow rebels were let off last time because the police illegally arrested all of them, what a scandal? But we have some new laws in place since october, so maybe we can all be fined and legally barred from working with children; the state and corporate psychopaths, and never being able to get a visa to a country that has a privatized approval process contracted to US security firms.

Apart from sounding generally like this will be a great carnival, it's excellent that xr are collaborating now

no doubt the tactics last year have been crucial in this year's activism. but the cops seem to have evolved their strategy too - cavalry charges in whitehall for instance, meeting passive resistance with random illegal violence 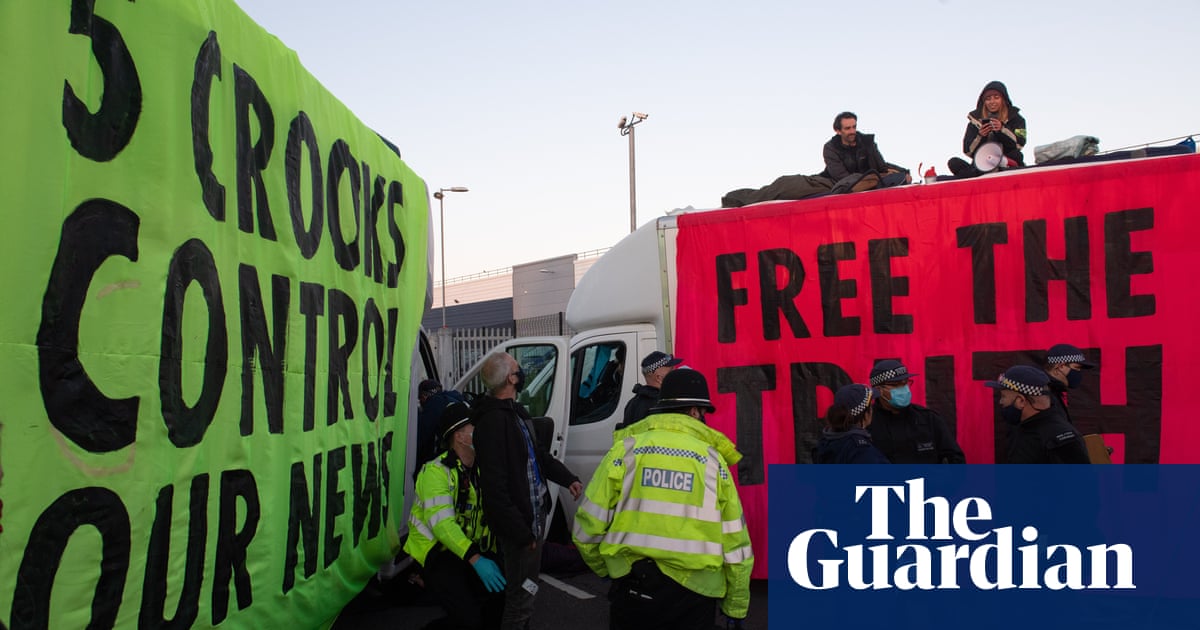 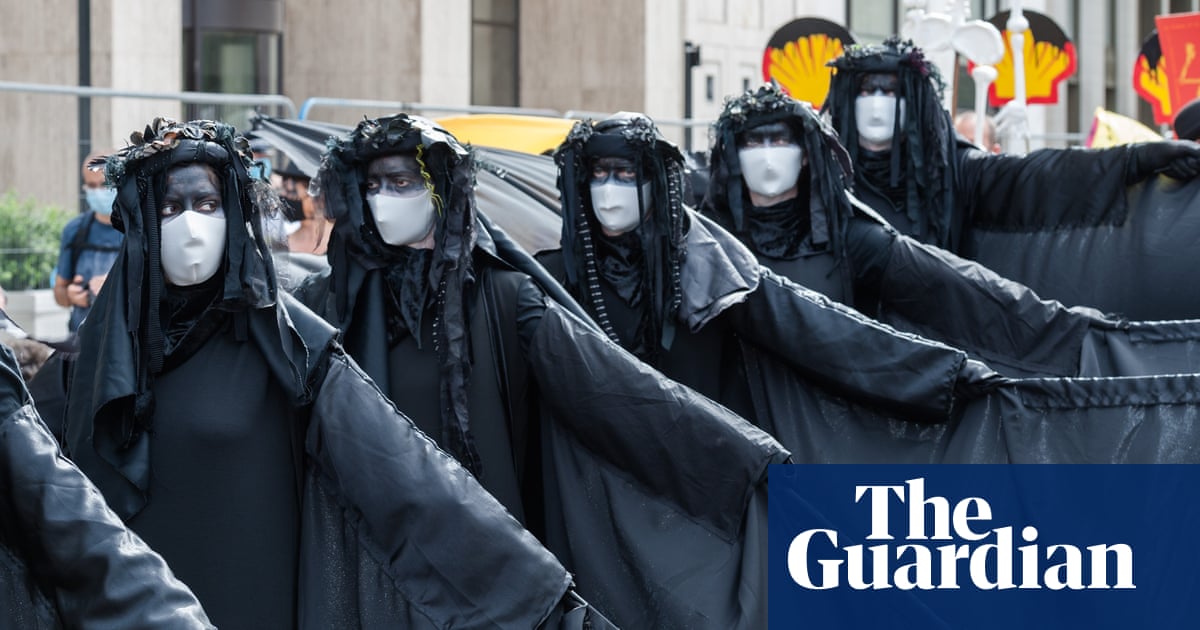 3,400 people have been arrested but most of the arrests were not legal.