How to Kill the Internet?

I had an interesting conversation in a hipster espresso joint on the corner by Cambridge Heath with a veteran internet developer, who said she's bearing in mind the possibility of a coming world free of the internet, and worrying abut how the youth who can't even remember life before the internet will cope, 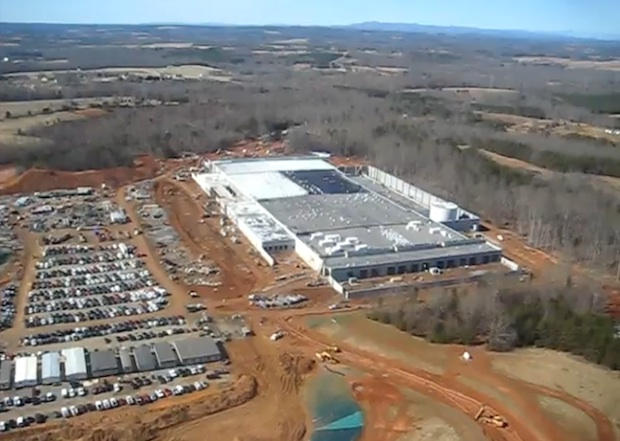 I think the big stacks are vulnerable - which will fall (first)?
Maybe they are just the obvious targets, above the parapet of the sprawls and nebulae of online. But a juicy story or a single nicely timed meme could force a corporate offline, and just one click deletes the entire leviathan. What happens if/when it starts collapsing (or did that start already with 2.0, the centralised webs, the corporates, the onlining of everything into a useless chaos that lacks reasons to exist)? There are a deep assumptions inherent in our internet (cf dematerialisation thread): progress as a one way street, leading somewhere nice. i think all of that needs to be up for grabs?

It seems hard to imagine now, that maybe it won't always be this way, and maybe it can't be, maybe we don't even want it to be. In fact maybe we need it not to be like this?

So could that be why we need to imagine it quite urgently, maybe that would give us some power, which I think we really need???

It would be interesting to spend some time back in the actual pre-intenet world, the rural uncapitalised zones of this planet, to try and relearn basic socialisation skills and coping strategies that we have already forgotten that we ever had, like how to meet up with no mobile phones.
~ ~ ~ ~ ~ ~ ~
Proposals for how we get started?

I don't have any answers to this but I love you Sufi and am sorry we didn't meet - although we may have done, which is tantalising, isn't it - but maybe we didn't but I love you and love you for posting this, this is the reason I love this place, thank you.
M

mistersloane said:
I don't have any answers to this but I love you Sufi and am sorry we didn't meet - although we may have done, which is tantalising, isn't it - but maybe we didn't but I love you and love you for posting this, this is the reason I love this place, thank you.
Click to expand...

Also I have to re log in every time I write a post here so the internet and certainly dissensus is pretty much dead to me anyway. Using Safari.

I've returned to a pre internet world by failing to pay my wifi bill. A very effective measure. It's been an interesting experiment.

I don't think the internet as a whole sucks, but definitley (anti)social media on smartphones was the real bringer of doom. I am old enough to remember having to sit down at your PC/Laptop to do a cult-ish "log on", which ment people spent their online time better, more focused. Today, they are logged on to the Matrix 24-7 on their damn smart phones and then, it'S 90% (or maybe more) on social media posting and reading ephemeral crap.

sometimes you read about russian submarines carrying giant scissors, swimming around internet cables, waiting for a signal to cut it all up. but then you realize it's probably just western propaganda

I read this recently

His assertion is that Google, Facebook, etc are too centralised, too monolithic to change and will fail as a peer-to-peer and blockchain-based internet 4.0 will replace them. "Value-subtracted" advertising will no longer be sufficient to finance their vast operations. Their AI is simply too ambitious and not good enough. Big Data doesn't map reality properly as it applies confirmation bias everywhere (this is what we believe to be the problem, here's the evidence from big data - oh shit, Trump was elected, what happened?). Privacy epicycles (passwords, passwords everywhere) make the whole thing unmanageable and fundamentally insecure.

It's pretty good. He wrote life after television in 1985 which was largely correct.

this is now my new years resolution
B

yyaldrin said:
sometimes you read about russian submarines carrying giant scissors, swimming around internet cables, waiting for a signal to cut it all up. but then you realize it's probably just western propaganda
Click to expand...

I love that image. I really hope they do do it with giant scissors; anything else now is going to be a disappointment.

I'm also waiting patiently for the heartfelt acoustic ballads about the age of the internet in years to come, people pining for "liking things when other people could see-ee-ee it" etc.
L

The panic attacks started after Chloe watched a man die.

She spent the past three and a half weeks in training, trying to harden herself against the daily onslaught of disturbing posts: the hate speech, the violent attacks, the graphic pornography. In a few more days, she will become a full-time Facebook content moderator, or what the company she works for, a professional services vendor named Cognizant, opaquely calls a “process executive.”

For this portion of her education, Chloe will have to moderate a Facebook post in front of her fellow trainees. When it’s her turn, she walks to the front of the room, where a monitor displays a video that has been posted to the world’s largest social network. None of the trainees have seen it before, Chloe included. She presses play.

The video depicts a man being murdered. Someone is stabbing him, dozens of times, while he screams and begs for his life. Chloe’s job is to tell the room whether this post should be removed. She knows that section 13 of the Facebook community standards prohibits videos that depict the murder of one or more people. When Chloe explains this to the class, she hears her voice shaking.

Returning to her seat, Chloe feels an overpowering urge to sob. Another trainee has gone up to review the next post, but Chloe cannot concentrate. She leaves the room, and begins to cry so hard that she has trouble breathing.

No one tries to comfort her. This is the job she was hired to do. And for the 1,000 people like Chloe moderating content for Facebook at the Phoenix site, and for 15,000 content reviewers around the world, today is just another day at the office.
Click to expand...

so how are our efforts proceeding? better today than tomorrow i would say.
T

well we're on this forum because the internet is dead.

I saw Elijah the other day say something like 'i know it's not fashionable to download these days' after bumping the sets he put on mediafire. sums it all up really. consumer society has made democracy so dictatorial that people don't even really crave (or even necessarily want) the gift.
Last edited: Feb 26, 2019
B

I'd thought something similar recently. Everything is available and therefore, so what? No sense of scarcity or event, or rather, this has moved on to different areas. I suppose the money is in providing experiences and in tech objects these days.

yyaldrin said:
the collapse of the internet will activate a period of unprecedented creativity
Click to expand...

Bur there will be no distribution channels to get any of it an audience. What's next?

One thing I was turning over in my mind, as part of the imagine a world post capitalism question, was what would or could towns be without retail? How would we use the space and what would we do with our time?

With no internet what would I do when I'm taking overextended toilet breaks at work?

Used to be solitaire and snake I suppose
B

luka said:
One thing I was turning over in my mind, as part of the imagine a world post capitalism question, was what would or could towns be without retail? How would we use the space and what would we do with our time?
Click to expand...