boxedjoy said:
I love Jam City, I know it's very easy to hate on Night Slugs but I think he's got something special about his music
Click to expand...

You heard the album yet?
B

Been postponing it until I've got a day off to properly listen to it. Have you?
C

boxedjoy said:
Been postponing it until I've got a day off to properly listen to it. Have you?
Click to expand...

Yeah, it's really good. Listened last night and got it on again now. It's recognisably him, but also sounds a bit like a poppier Sophie and OPN. The songs are all quite short, lots of hooks and processed vocals.
V

Wouldn't be surprised if someone used that as an ironic title or Twitter bio.
B

Some of it's verging on a more tasteful 100 Gecs.
B

finally listening now - the melodies are really strong, which I thought was the biggest weakness with the otherwise excellent last album. I love how confrontational this feels - so many abrasive and brash sounds, brazen and shameless choices made at every turn. I don't think Sophie could ever make a song as sweet-toothed and instant as They Eat The Young.
B

Climb Back Down is a like a shoegaze cover of Lumidee, amazing how this album is so diffuse and primary-coloued yet feels cohesive and singular.
R 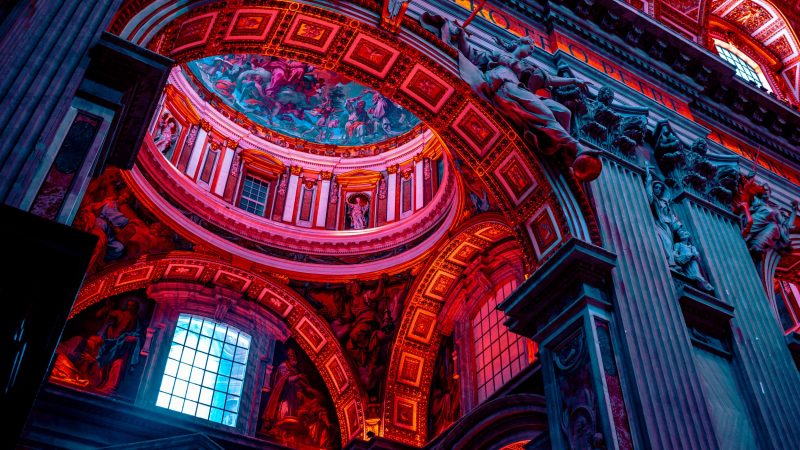 On Right-Wing Aesthetics and the Adoption of Vaporwave


Despite the long history of right-wing successful adoptions of aesthetics, the current conservative-right doesn’t really know what to do with them. It’s for this reason that analogous movements, elsewhere, have created fashions for themselves. Among such, the controversial adoption of vaporwave as part of their identity stands out. At first sight, vaporwave would have nothing to do with conservatism, neo-reaction nor traditionalism. But the continued use of ’80s style neon aesthetics, with classical art and synth music by groups who shared a mutual dislike of materialism, consumerism, and meaninglessness, made the transition from a post-modern critique of itself to a decentralized uniform and distinguishable standard of beauty for the disperse Right to easily adopt and replicate.
Click to expand...

...its capacity to resonate with people rests on the fact that vaporwave evokes, and in a sense represents, a lot of what modern traditional conservatives are fighting for: the return to a simpler, nicer, and more prosperous era; the inspiration and admiration by classical political and cultural artifacts — not to mention a good critique of post-modernity, along with desacralization it carries along.
Click to expand...

Wonder if they're being paid for this stuff. It's great PR. There are loads of people absolutely loving it in the comments.

CrucialBeatle 7 months ago
love this, NATO is usually just depicted as an extension of the US army, but this makes it feel like the combined strength of 30+ countries

Peter Sonstwer 4 months ago
I love how this song capture the essence of Western militaries. On the one hand a deep love for its soldiers and its people, on the other hand cold and calculating from the tactical to the strategic level. Little Vladi would immediately push the red button panicstricken, if our professionals would ever come for his corrupt barbaric hordes.

Wonder if they're being paid for this stuff. It's great PR. There are loads of people absolutely loving it in the comments.

CrucialBeatle 7 months ago
love this, NATO is usually just depicted as an extension of the US army, but this makes it feel like the combined strength of 30+ countries

planes are the star, not the car?

Stumbled across another one.

Something particularly horrifying about this one.