poetix said:
The calm satisfaction of having been influential, in some unquantifiable way, behind the scenes, without any of the hassle of anybody's actually having heard of you. No-one can evaluate your contribution, hold it up to criticism or scrutiny. You can't be excluded from the pantheon any more than you can be included in it. But you can point to those who are in the pantheon and say "ah yes, well, I had my own small part in getting them where they are today". And of those not in the pantheon you can say "perhaps if they had listened to me...but each must choose their own destiny...". Here and there you are mentioned in the acknowledgements of others' books - some very fine books among them - and in a way isn't that almost as good as having written books of your own, books which might have been disappointing or sunk without a trace? Of course there is that very small volume you once put together, which sits on the shelves of a handful of those very much in the know. A minor gem, they assure you: no-one else has ever written anything quite like it. You've demonstrated capability; there's really no need to labour the point by writing anything else. You were in talks once with a large publisher, well-known, but you really couldn't see eye-to-eye, they wanted different things, commercially viable things, and you couldn't put your heart into a project like that, a pity but there it is. Ultimately you just don't have the necessary vanity, you know, to seek a wider audience. You are reconciled, wholly reconciled, to being a minor figure, but you hope that others' biographers will trouble to account for your influence, where it mattered. At the very least they could get the name of your bloody blog right.
Click to expand...

luka said:
someone approached me today and said they wanted to tell me a story about a poem i wrote. he showed me a picture of a younger me
wearing a t-shirt with the number 23 on it and he said this was 2018. i'd asked you to write me a poem for a friend of mine, an amercian
professor of english literature who used to visit me here a lot and we would go to shakespeare plays and go for walks and so on and he
was dying and you wrote him a poem and i took it over to him and read it to him and he cried and cried and two weeks later he was dead.
that poem was buried with him. so there is a cemetary in a very small town in Iowa with your poem in it.
Click to expand...

i cant let woops bury this beautiful and touching story

thats what youre supposed to say!

luka said:
thats what youre supposed to say!
Click to expand...

do you remember the poem?

yes, i'm curious too?! and did he ask for another poem?

I will never hear the end of this

woops said:
I will never hear the end of this
Click to expand...

hey woops, how are you?

hello @entertainment i am reasonably well, thank you for asking. 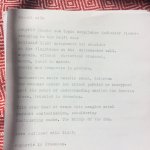 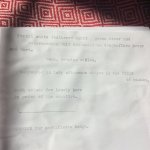 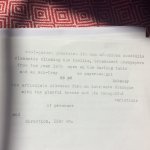 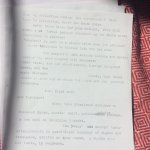 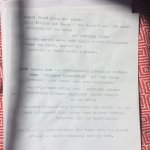 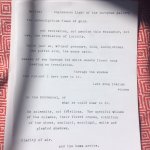 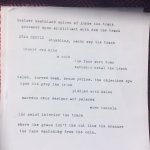 i thought this was your new book @luka? now no one on dissensus will buy it. or rather, they'll not buy it twice as much 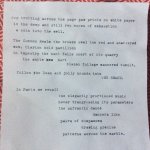