version said:
Are Taleb's books any good? Would a layman understand them? Is he as insufferable in print as he is on Twitter?
Click to expand...

What would you want from them?

Staff member
Hey @catalog, you eating your toadstool tonight? It's the solstice AND a conjunction of Jupiter and Saturn. That's gotta be pretty auspicious, I'd have thought.
C

I've not, but I did bosh the rest of the tincture on Saturday and had a brilliant night.

catalog said:
I've not, but I did bosh the rest of the tincture on Saturday and had a brilliant night.
Click to expand...

We were eating loads of good food throughout the evening, so it never got visual like the time before on my own on the canal, but was just hilarious, loads of conversations and jamming of worlds.

We were watching the guy cook this sous vide pork loin and at one point he chopped into his finger, plasters had to come out.

Two hours snapped by in a flash.

And then every so often I would turn to look at the knots of wood on the floor and they are giving off a little fizz.

Got this for Christmas. The photos are all great, but the names of some of these things are incredible. 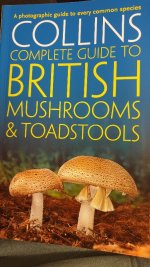 He doesn't have that, but he does have strategy.

I bet the tincture is a 4-prefix tryptamine. That sounds fun! 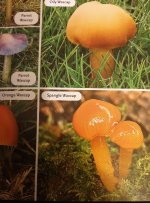 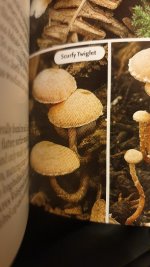 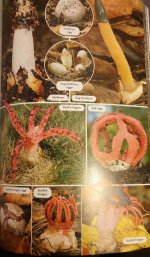 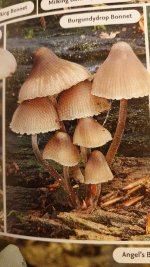 Staff member
Some lucky muhfuggah in the Mushroom Spotters UK FB group got morels coming up in his garden already.