None of them are mine. None can own owl.

I saw three live caterpillars, all of different species, in my garden two days ago. Went for a walk today and I kept my coat on for convention's sake as much as anything, but I'd have been pretty comfortable just in my shirt. 15 freakin' degrees C. Mental.

Mr. Tea said:
I saw three live caterpillars, all of different species, in my garden two days ago. Went for a walk today and I kept my coat on for convention's sake as much as anything, but I'd have been pretty comfortable just in my shirt. 15 freakin' degrees C. Mental.
Click to expand... 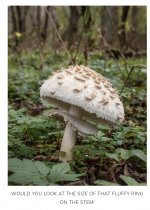 Not my photo, I just loved the caption.
C 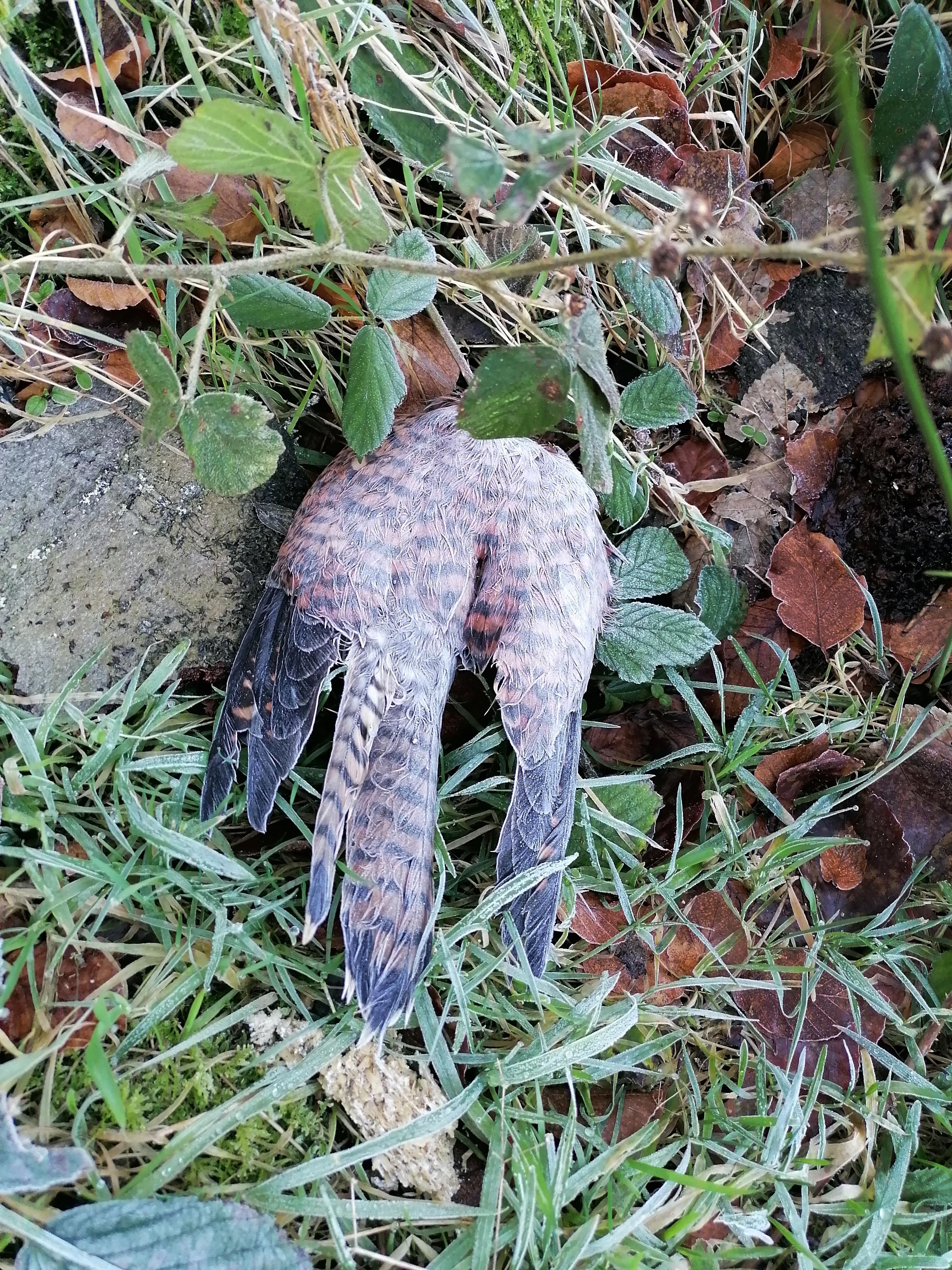 Gonna walk across the marshes tomorrow, have persuaded a mate of mine who lives in Lisbon (but is originally from Australia) to venture out to my place and walk from Povoa to Alverca where there is a good curry place. I remembered to get the binoculars and spotting scope from the car before I left it in the officina so we will be able to check out the birds on the way. Really looking forward to this.

Been getting my equipment ready for action 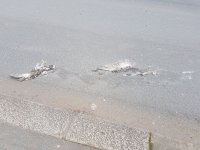 I reckon I'm a shoe-in for Wildlife Photographer Of The Year with this beauty.

I reckon I'm a shoe-in for Wildlife Photographer Of The Year with this beauty.
Click to expand...

IdleRich said:
Been getting my equipment ready for action

What did you see?

Best thing we saw was a couple of storks flying pretty low as we got on to the marsh. Massive and impressive birds which I still get excited about - even though there are places where there are huge flocks of em. But you rarely see then in this neck of the woods so that was worth the walk in my opinion.
C 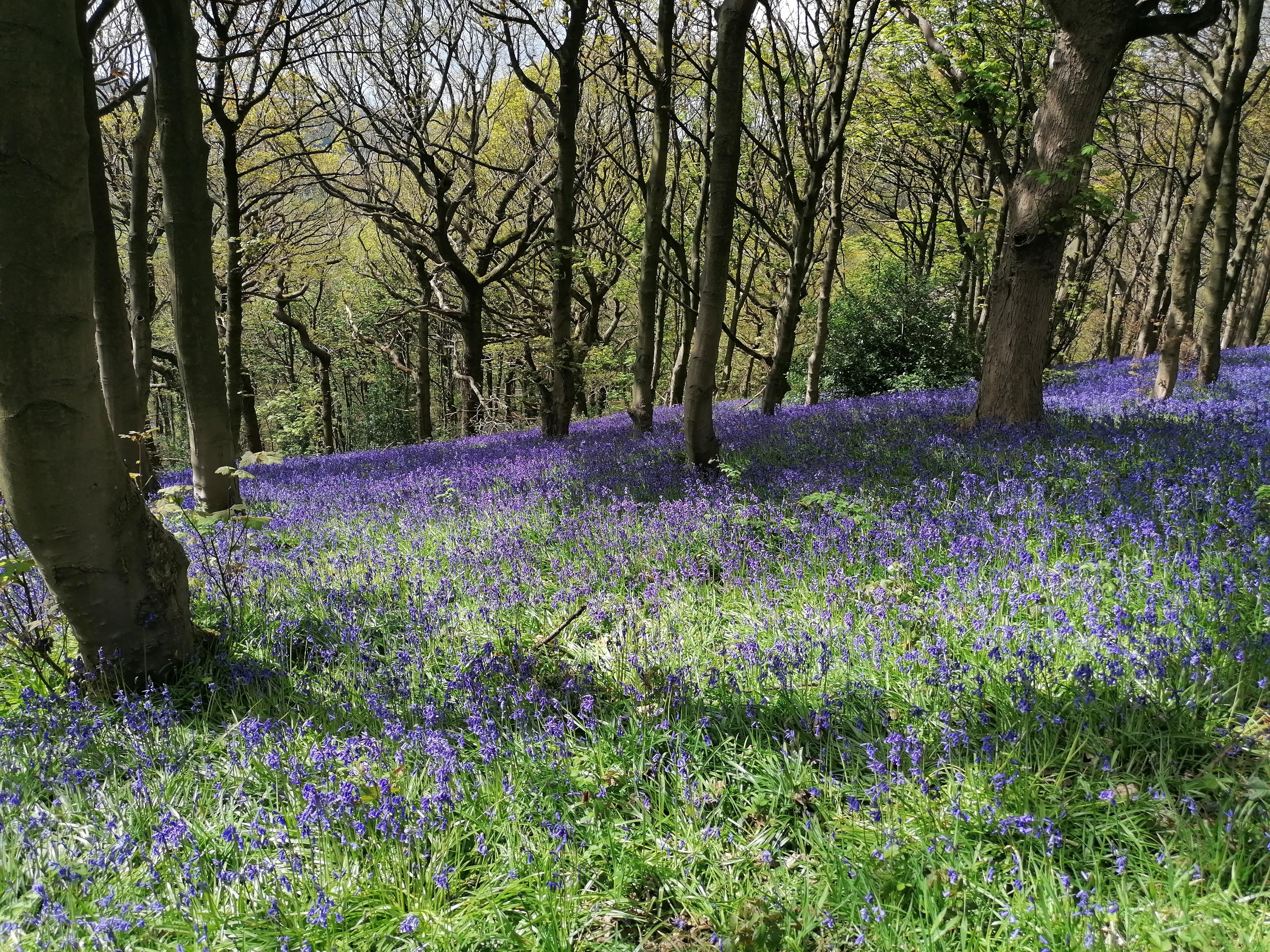 catalog said:
Bluebells are out

Lovely photo. Is it from round your endz?

Your bluebell-endz, so to speak.
C

That is the same magic wood which contains the magic tree. Sadly not that local anymore, about 5 miles away.

Saw this weird-looking spider today. Anyone care to hazard a guess at the species? 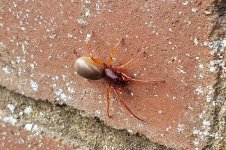 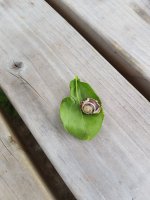 Found a live snail in my garden that had obviously suffered some shell damage but had repaired itself and just carried on slurming around.

Two days ago I took Liza for a run down by the marshes in the usual spot but, cos it was a busy day and everything was ultimately pushed back by a few hours, we ended up being quite a lot later than the normal time. The way that it is set up is that there is a side road out of town which leads to that mess of abandoned buildings that I have photographed before, but there is also one spot which is still occupied by a company - and then down from that side road, there is another road which runs down to a car park and a cafe, which is where you can begin your walk across the marshes on the raised wooden pathway - and this bit feels quite busy in summer time cos there are a lot of people wanting to do that walk. But the cafe shuts at nine and there are no lights on the path itself. What I'm trying to say is that, at this time of the year at least, while it is light it feels quite busy and bustling, but after nine, there is nothing to do there and in the dark you realise that you are on a tiny side road, which comes off a road that is itself not that big and you can suddenly be aware that you are in a marsh quite far away from anything. Alongside the small road there is also a ditch which has a couple of feet of water in and which does widen out and join into the Tagus itself.

So anyway, I parked up on the side of this little road and read a bit of my book while Liza went off for a run. As she returned and was just warming down before getting in the car I heard her shout my name in excitement, with something almost like a tinge of fear in it. Sadly I missed it but it seems that as she was standing there an enormous otter came waddling down the road, she heard the claws scraping on the road giving some idea of how heavy it was. As she shouted it realised that - contrary to what it was clearly expecting - it didn't have the whole area to itself, froze, and then turned and dived into the undergrowth, no doubt heading into the ditch and then back to the safely of the river.

I really wish I had seen it. In my whole life I expect I can count the number of otters I've see in the wild, and the ones I have seen have been a brown blob of a head just above the water. Something like that sounds like a magical and rare moment. Genuinely envious. 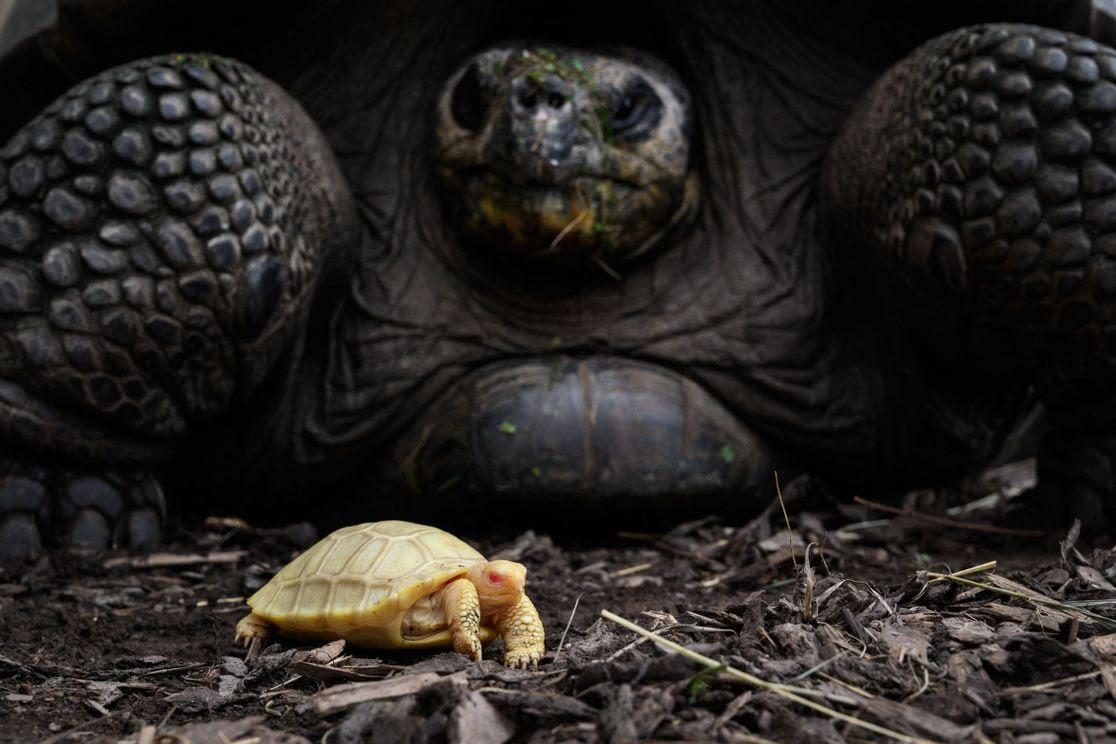 This is a rare albino Galapagos giant tortoise baby, born May 1 — next to its mother at the Tropicarium in Servion, western Switzerland. The zoo said in a statement (French): "This is the first time in the world that an albino Galapagos tortoise has been born and kept in captivity ... [T]his phenomenon had never before been observed either in zoos or in the wild."
Click to expand...

I've been cycling with mates this week - truly a soul replenishing activity for me - I also want to state here that there's no lycra nor expensive bikes involved, no strava segments, minimal macho bullshit - and on the off ramp to a disused motorway thing in spain there was suddenly a snake in the road. I dodged it and shouted to my French friend who was behind me, who totally didn't understand and ran straight over the snake by accident and killed it. That was an encounter with nature this week and perhaps an indication that I should do it less often
You must log in or register to reply here.
Share:
Facebook Twitter Reddit Pinterest Tumblr WhatsApp Email Share Link
Top