An interesting thing I've noticed about my dog is that he seems to have these secret hidden extra sixth toes, a bit apart from the main pack of toes, on each of his front feet. But not back feet.
C

There was an old timer sat on a bench on the canal the other day. He'd found himself a nice patch in the shining sun and was just about to spark up a fag. Had a bottle of beer by his side.

The dog went up to him and he had this relaxed manner about it which only seemed to interest the dog more.

I told him he had the right idea with his setup, and he said he was having just the one, then he was off home to have his pie, mash and peas. He really accentuated the way he said "peas" , as though it was a food of secret hidden delight.

And then he was stroking the dog and saying he had often thought of getting one, but that he didn't want to be "lumbered with love" and again, the way he said it was pure quality.

The notion of love as an affliction, brilliant. 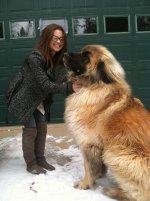 Corpsey said:
View attachment 13000
One of these came into a pub last year right next to me

Owning one would involve cleaning up giant poos but to see one in the world is quite something
Click to expand...

The girl or the dog?

I notice you didn't answer the serious question.

It's called a Leonberger 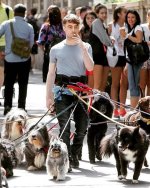 So the harness rig allows him to smoke freely. Smart guy. 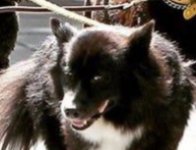 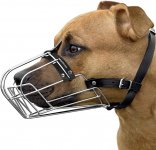 One thing about a dog is

You could definitely use it to pick up women

I don't mean with its jaws, Mr Tea

Butkus as an Eagles fan 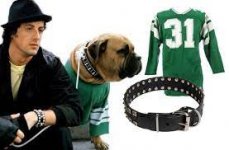