There's also the thing I mentioned earlier in the thread re: his daughter becoming a Scientologist. Cruise was involved with the Church by the time he did EWS in '99 and Kubrick's daughter joined that year and has been estranged from the family ever since.

luka said:
another possibilitiy is that his paranoia pointed him in particular directions and he used the films as probes, potentially to provoke a response or to make Them think he knew more than in fact he did.
Click to expand...

I liked the other answer better though of course if it is true that doesn't in any way preclude this being true as well.

IdleRich said:
I was just thinking that this could tie in with the Epstein related thread(s) above.
Click to expand...

The "underage" component in EWS is represented by the costume shop keeper and his vixen daughter - wily foreigners playing entrapment and blackmail games on other foreigners. Respectable pillars of the community confine their activities strictly to certified-legal coked-up hookers.

It's like they've slid Dominique Strauss-Kahn excuse over one

'At these parties, people were not dressed, and I defy you to tell the difference between a naked prostitute and any other naked woman.'
Click to expand...

'At these parties, people were not dressed, and I defy you to tell the difference between a vixen duaghter and a certified legal coked up hooker"
Click to expand...

"The magic in these Masonic rituals is very, very old. And way back in those days, it worked. As time went on, and it started being used for spectacle, to consolidate what were only secular appearances of power, it began to lose its zip. But the words, moves, and machinery have been more or less faithfully carried down over the millennia, through the grim rationalizing of the World, and so the magic is still there, though latent, needing only to touch the right sensitive head to reassert itself."

“The Man has a branch office in each of our brains, his corporate emblem is a white albatross, each local rep has a cover known as the Ego, and their mission in this world is Bad Shit. We do know what's going on, and we let it go on. As long as we can see them, stare at them, those massively moneyed, once in a while. As long as they allow us a glimpse, however rarely. We need that. And they know it - how often, under what conditions...”

This pic reminds me of the Man Ray one 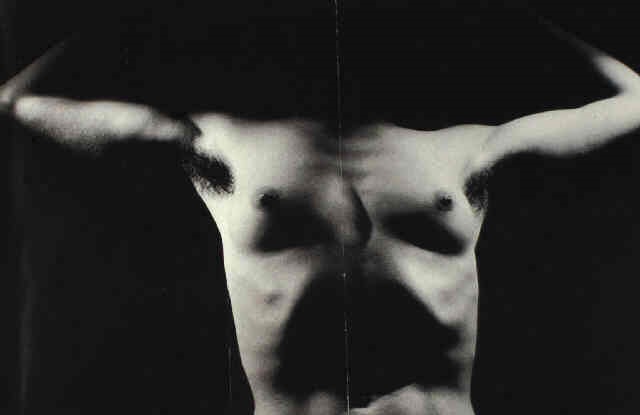 Which people linked to The Black Dahlia - Man Ray being a guest at the house of an Epstein like figure who lived nearby and who is one of the most plausible suspects in the BD case. I think he used to practice satanic rites there and corrupted the hot girl who was in Mamas and Papas... and then fled the country when the heat got too hot. Girl also died in similar circumstances near his new home in - I dunno - say, Manila.

Staff member
yikes. definitely was him then. that makes me think of when the 4chan detectives discovered peado Podestas art collection. did you follow that?

luka said:
yikes. definitely was him then. that makes me think of when the 4chan detectives discovered peado Podestas art collection. did you follow that?
Click to expand...

Inside, amid the flurry of menservants attired in sober black suits and pristine white gloves, you feel you have stumbled into someone’s private Xanadu. This is no mere rich person’s home, but a high-walled, eclectic, imperious fantasy that seems to have no boundaries.

The entrance hall is decorated not with paintings but with row upon row of individually framed eyeballs; these, the owner tells people with relish, were imported from England, where they were made for injured soldiers.
Click to expand...

Lately, Jeffrey Epstein’s high-flying style has been drawing oohs and aahs: the bachelor financier lives in New York’s largest private residence, claims to take only billionaires as clients, and flies celebrities including Bill Clinton and Kevin Spacey on his Boeing 727. But pierce his air of...

re: Man Ray and The Black Dahlia. One evening, as work on “Suspiria” wound down, Guadagnino left the editing room and went to a dinner at a friend’s triplex apartment on the Tiber. “This is a great Fascist-style building,” he said, pushing open a heavy front door and crossing a marble lobby. Inside the apartment, he climbed a twisting staircase lined with plastic medical-anatomy models: body after body, all stripped bare.

In light of Guadagnino’s successes outside Italy, he has become known among the upper strata within it. The hosts that evening were Anna Federici and her husband, Roberto D’Agostino, who goes by Dago. Federici is an heiress to a family of Italian builders. Dago founded the Italian news site Dagospia—a witty, idiosyncratic blog of politics, gossip, and soft porn which Politico recently described as a “must-read for the Italian élite.” Upstairs, Dago greeted Guadagnino wearing blue-tinted sunglasses, silver jewelry, and tattoos from his fingers to his ears; his chin sported a long Vandyke. Federici wore interesting glasses and a chestnut bob framed by white.

Dago came over, still wearing his sunglasses and sucking on a small unlit cigar. He wanted to show Guadagnino “New Religion,” a room-size Damien Hirst piece about faith and pharmaceuticals which he owned. (“Dago is a Catholic,” Guadagnino explained.) He apologized, in passing, for the prudishness of the décor. Down on the lower floor that he’d converted into offices for the Dagospia staff, he could give freer rein to his eclectic tastes: a wall of Sacred Heart paintings; a set of black-and-red leather chairs shaped like penises; and, on a coffee table, a set of delicate fine-china plates bearing closeup photographs of fellatio and of a trans person being penetrated from behind.

Dinner was served. The guests filed downstairs, to the dining room, passing a nude frontal photograph of a slender man with a pendulous member. “Baryshnikov’s cock. Excuse me—Nureyev’s cock!” Guadagnino said. “Dago is very proud of it.” The table was decorated with a brass hammer and sickle. Dago shut the dining-room door, which was printed with a life-size posterior photo of a naked blond woman in gold stilettos. An enormous Anselm Kiefer canvas hung opposite Guadagnino.

Talk moved on to opera, but then somebody began attacking Bernardo Bertolucci, and Guadagnino rose again in defense, looking flushed and sheepish. Bertolucci made major American studio work without abandoning his own aesthetic—extraordinary! he said. (In 2013, he and Fasano made “Bertolucci on Bertolucci,” a documentary in tribute.) As servants began clearing the table for dessert, Dago presented Guadagnino with a gift in honor of his recent successes: a souvenir bottle of liqueur shaped like a penis and testicles. Guadagnino stood to make a little speech of gratitude.

The director of “Call Me by Your Name,” known for sensuality and elegance, reaches for darker material in a horror-film remake.