You should read this once you've rewatched it:

Just for the record, I remember being quite underwhelmed in 99 or whenever it was.

So Existenz, it still suffered from predictability - just as last time I saw it it was obvious from the first that it would end with someone saying "Wait, is this still the game?". Also, some of the twists and turns which happen so fast and often and then have to be explained by the characters saying "I'm a member of the so and so and I did that cos of whatever" are annoying and drag you out of any possible level of reality in the film. The best bits are some strong imagery and body horror - obvious for Cronenberg of course but I didn't remember how out there some of the scenes were. Also, when I saw Inception I'd forgotten about this film... and I guess everyone else had which is lucky for Nolan cos it's the same fucking idea done in the same way. I don't say rip-off cos it's not really an idea that you need to copy, we've probably had it independently at one time or another. And so it stands or falls on its execution, at times, there are moments when you're thrown and you think "Woah, that's weird, what level are they in?" and it hits you how it would feel, but those moments are too few and far between to really make it work overall.

I thought it was intriguing but a bit of a mess. It's the kind of film that's more fun to think about and discuss than it is to watch for the most part. I love the "gristle gun" though.

The bit at the end where it erupts into some sort of war is just silly.

version said:
The bit at the end where it erupts into some sort of war is just silly.
Click to expand...

Yeah of course, and it's a shame cos it's near the end so that's what you remember basically.
I mean, artistically you could justify it by saying it's part of the game so it's not in the real universe of thee film (ah but is it?) but it still is shit when you watch it. Very much like the actions scenes in Inception come to think of it - though I'm not suggesting he thought "we need a laughable battle scene like in Existnnz" and copied it...
Yeah, I like the gun and other bits too... the weird anal sex theme with the penetration at the bottom of the spine etc

I go away for the long holiday weekend and version has gone mental starting about 100 new threads, wtf dude you're making re-entry a full-day ordeal.

Weren't you on holiday the last time I did this too?

version said:
Weren't you on holiday the last time I did this too?
Click to expand...

Leo said:
I go away for the long holiday weekend and version has gone mental starting about 100 new threads, wtf dude you're making re-entry a full-day ordeal.
Click to expand...

Most important conversation starts halfway through this page:

Wonder whether this is a remake or he's just reusing the title, 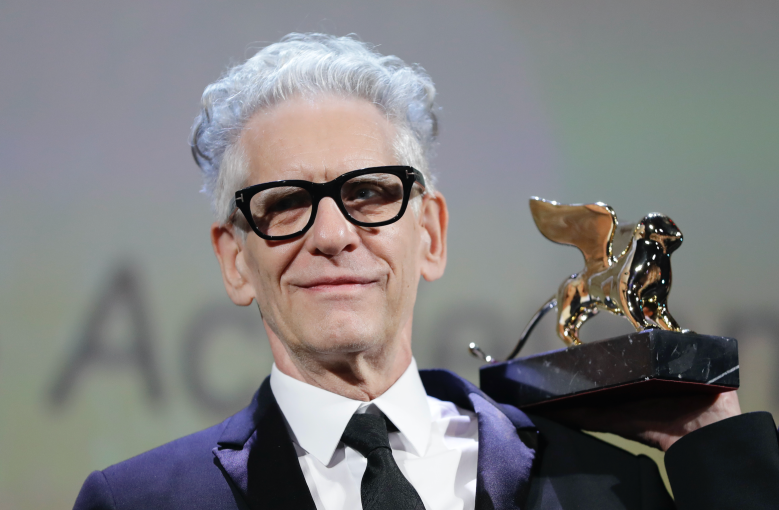 Cronenberg is finally making another movie, seven years after the release of “Maps to the Stars.”

DC acts in this film which is very good and under rated.

version said:
Wonder whether this is a remake or he's just reusing the title,

Cronenberg is finally making another movie, seven years after the release of “Maps to the Stars.”

A synopsis has appeared for this,

"... not-so-distant future where humankind is learning to adapt to its synthetic surroundings. This evolution moves humans beyond their natural state and into a metamorphosis, altering their biological makeup. While some embrace the limitless potential of trans-humanism, others attempt to police it. Either way, ‘Accelerated Evolution Syndrome’ is spreading fast. Saul Tenser is a beloved performance artist who has embraced Accelerated Evolution Syndrome, sprouting new and unexpected organs in his body. Along with his partner Caprice, Tenser has turned the removal of these organs into a spectacle for his loyal followers to marvel at in real time theatre. But with both the government and a strange subculture taking note, Tenser is forced to consider what would be his most shocking performance of all."

i watched one of his the other day, scanners, a bit silly. not on the level of his best stuff.

The only thing anyone seems to remember about that one is the guy's head exploding.

it's got Oliver Reed in it as a mad therapist

and scary kids who kill