had a couple listens... yeah it's pretty short. it feels like same sort of thing as wahalla, but i feel like it could be new sessions as well. cos the recording seems a bit different. what got me most clearly is how slow the rapping / vocals are, how clear his enunciation is... that's what seems different. like either he really wants you to hear all the words very clearly, or maybe just more confident in the words now, dunno. will have to listen a bit more. i normally prefer all the mixtapes he releases around the same time he drops an album, will have to see if that's gonna happen this time around.
R

weird seeing how well reviewed this one seems to be. its like when a director gets an oscar years after their best film was released. i guess people are just catching up to DB maybe? there was so much stuff he released at one point, prob easy to not be following that closely.
C

yeah - i think you're right. previous years reviews tend to focus on the "prankster" angle, without really saying much about the music. whereas now it's like the critics know he's got a fanbase or something. i'm sure he doesn't GAF either way. think the pitchfork review is the highest ever.
R

waiting for a big guardian interview where dean blunt 'finally reveals all' (actually genuinely would love to read this). if anyone knows any good interviews hes done in the past, please post here.
C

the best interview is the one where he's talking to Scratcha in July 2014 on Rinse. He's explaining what "Black Metal" means. I transcribed it and posted it here a few years ago

Scratcha: Yeah man, do your thing.

S: This is Dean Blunt FM

DB: Can I tell you about, erm, what Black Metal is

about? Black Metal is about...

S: Do we need to make this acapella?

DB: Nah nah nah. Black Metal basically is er, it's like, it's like, OK, you know, it's like, imagine like an essay and the heading or the thesis kind of title is, er, it's like appropriate yeezus, appropriation, reappropriation and the empowerment of the post-black male... and it's the idea of how, er, in America, the black man uses, erm, existing white images and claims em as his, as a form of empowerment, so Black Cobain, I'm black this, I'm black that, which is not actually really progressive.

So it's this American idea of racial progression, it's completely backward cos er, you're just appropriating something and kind of calling it your own, that's something that's already died and passed...

DB: I think anything like that, anything, anyone that, I think that whole movement or that idea of this like progressive, this new black, but really, you are just taking something that's been and gone, it's been discarded, and claimed it back and saying "yeah I'm the Black Cobain, yeah we're reappropriating..." you're actually, you're picking something old up.

The real progression is something that is undefined and is new and that's what Black Metal is.

S: Oh OK, so would you say you're pushing Black Metal, is that your thing?

DB: Er, Black Metal I guess doesn't really mean anything whatsoever, I guess, if you know what I mean... 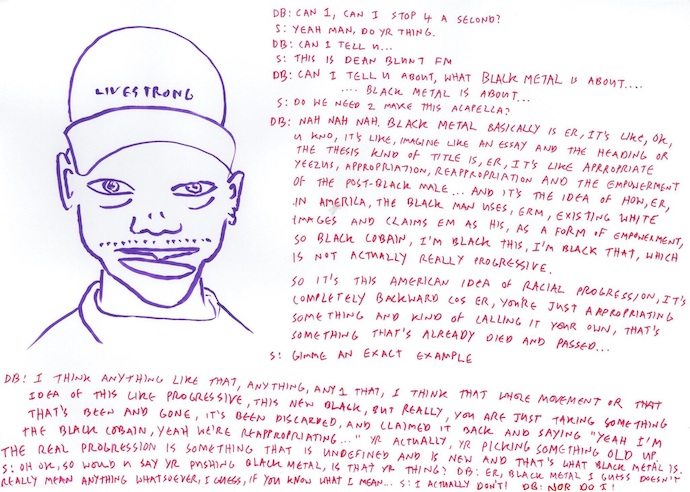 Tinymixtapes linked to it when i had the whole lot up on my soundcloud, but then i stupidly deleted my soundcloud when i got rid of all my socials a few years ago.

the other good one is the wire one with david keenan where he's talking about going to an epstein type party with james ferraro.

They [Hippos in Tanks] hooked us up with a gig at the 50th birthday party of the guy who made e-cigarettes," he recalls. He just got divorced from his wife and so he thought The Redeemer was helping him or something. He had this huge mansion in Fort Lauderdale in Florida, and James [Ferraro] and I played at it, just non-stop white powder truth sessions. He had paramedics bringing us IV drips so we could keep going. Then on day two he had this thing called Fifty Is My Fantasy where he hired a bunch of ladies of the night and he rented this island and all his friends turned up and they basically ran through the forest hunting these women down like dogs. The whole thing was hooked up for us by Hippos In Tanks, it was fucking intense and all the time they were chasing these women, they were playing Billy Joel really loud across a PA system. It was totally surreal and kind of fucking disgusting really, but it was powerful, you know? Certain things are just bigger than judgement.
Click to expand...

That whole scene around barron machat and his dad - in the rest of that rinse fm interview with scratcha, he talks about that quite a lot, the whole thing is well worth a listen

but it was all very darkside in the end, hippos in tanks i mean. there's that long yung lean fader interview and also now the vice doc.
V

Are you Roy Bundy or did they just use your illustration?
C

They just used my illustration. It's cos I posted it on the Dean blunt reddit, around the same time I transcribed that interview. Years ago. But I deleted my reddit account a while ago, had enough of it.
C

I don't mind, I think he asked me. He's a good lad that one. OG fan like me. Some of those guys are sound.
C

i'm listening to the old hippos in tanks soundcloud and it's all creeping me out massively. feel like i need to go for a run in the fresh air 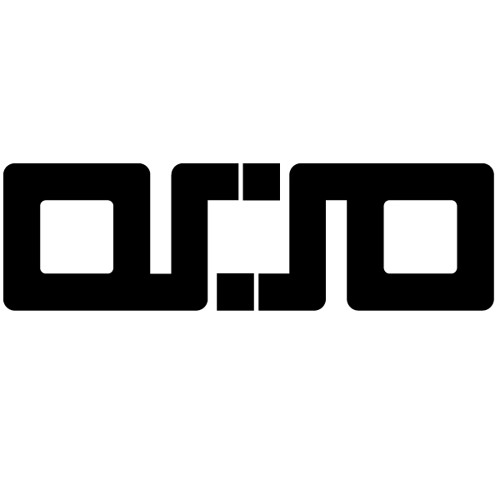 Listen to Hippos In Tanks | SoundCloud is an audio platform that lets you listen to what you love and share the sounds you create.

I'm having a weird sense of déjà vu with BM2 atm. I'd only listened to it a couple of times, but when I went back to the first one then stuck it on again I could have sworn all the songs on 2 were on 1.

This one catches my ear each time,

But tenuous but there is a connection cos tirzahs fella produced the new album and I like the video with the intro section showing the interlaced lives.

It's a good crew this, mica levi, coby sey (who I saw at twh and he was very good) klein and James massiah pop up. 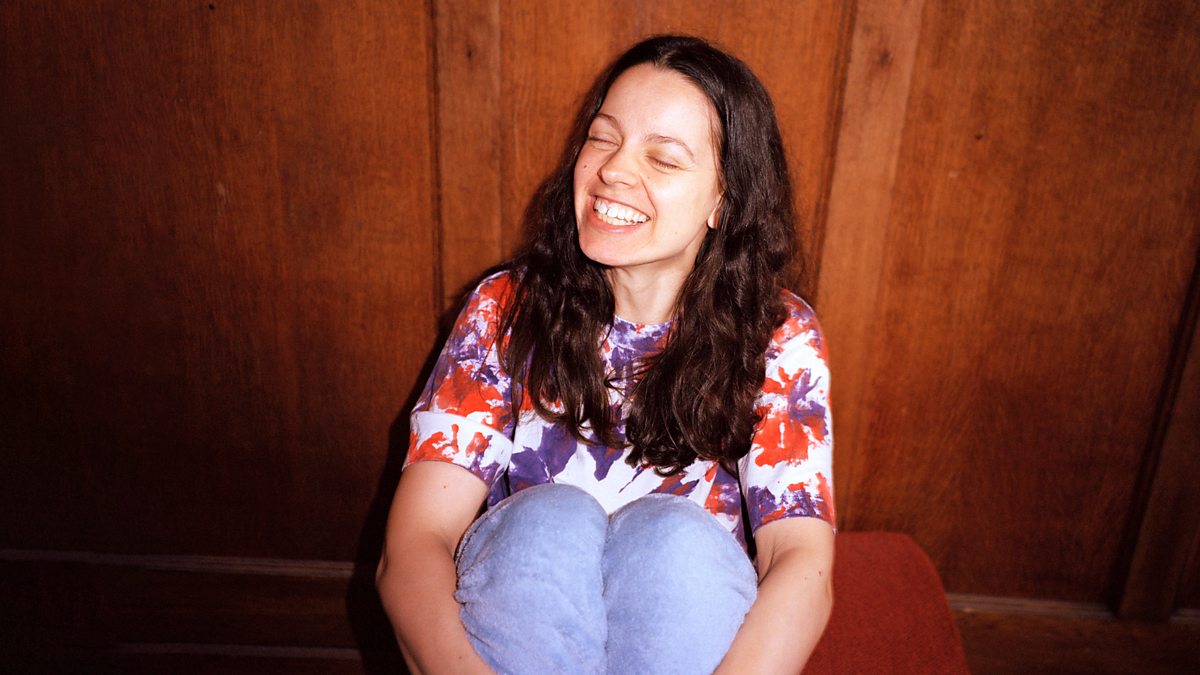 just ordered her new album, sounds a little weirder than the first (which I liked).
C


And good video as well

does anyone know about double virgo? He or they are part of that bar italia band i think that did a couple great albums on world music
Its quality but doesnt look like much of an audience so far
Warning its rock music

Not listened yet but heard the name.
C

another good tirzah/coby/mica session, these ones definitely picked up the db baton