Dinner of the Day.

I considered that, but the conversation was happening in here when I posted it.

IdleRich said:
4. Why does he call the interviewer honey out of nowhere?
Click to expand...

IdleRich said:
I think what English food can lack is taste and colour and spice...
Click to expand...

so, all the actual reasons to eat anything, then.

.... apart from staying alive I guess. But yeah those are the traditional weaknesses of English food... much less so now though since the advent of "foodie-Britain" in... what, the 90s?
C

I like the one about the perimeter of the supermarket, that would make for an interesting psychogeographical shopping experience, limiting yourself to just the edge. You'd get some not all fruit and veg, pharmacy, bakery, some meat, dairy, booze
D

I've started following a kinda diet for the first time ever. Lockdown mania. Going alongside the long workouts I've been doing. Basically having some protein with every meal, and some vegetables. The veggies I try and vary just by picking some different colours. It's funny how much you end up replicating Michael Pollan's rules just by doing that.

Drinking loads of water and only boozing once a week atm. Largely sticking to it so far and I've definitely lost a good bit off my gut.
L

catalog said:
I like the one about the perimeter of the supermarket, that would make for an interesting psychogeographical shopping experience, limiting yourself to just the edge. You'd get some not all fruit and veg, pharmacy, bakery, some meat, dairy, booze
Click to expand...

the restocking bit sounds a bit odd but I guess that's a factor. maybe it's more cost-effective from a construction standpoint to locate all the refrigerated areas along the walls, which means that's were all the fresh foods -- veg, dairy, eggs, meat, fish -- are placed, versus all the packaged/processed food in the middle.
E

What are you eating these days, Leo?

As little as possible, one hopes.
L

entertainment said:
What are you eating these days, Leo?
Click to expand...

Staff member
ive noticed there is a certain level of spirtual development people cant get past without switching to a vegetrian diet. if you eat dead animals you get blocked at that gate and thats that.
L

I think that's true, although my wife's journey is more attuned to animal cruelty than spirituality. she's still pescatarian, but gradually drifting away from fish (which will suck because the sardine pasta is a favorite), anything with a central nervous system that allows them to feel pain. apparently that leaves scallops, which is good.

I'm curious as to what happens if we discover plants experience some form of pain. A neighbour just had people cutting down a tree and ripping up its roots and it's made me pretty miserable. Also the smell of freshly cut grass is apparently a distress signal.
L

putting aside how much I love the smell of freshly cut grass...I guess it could be taken to the extreme of not eating any once-living thing, but does consciousness matter? a tree doesn't have a central nervous system, but does it have consciousness to understand it's injury or death?

Leo said:
putting aside how much I love the smell of freshly cut grass...
Click to expand... 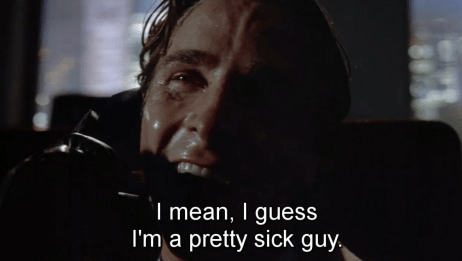 I went to a German festival a few years ago, fusion, and its all veg. It's not so strict, like there's a few people doing sausages in their tent fires, but generally, made such a huge difference, to everything, like no massive loud refrigeration needed, toilets were in good nick, general vibe as well I would say, although that could be other factors. I'd like to eat less meat but I'm basically captive to shitty processed burgers
You must log in or register to reply here.
Share:
Facebook Twitter Reddit Pinterest Tumblr WhatsApp Email Link
Top