IdleRich said:
Where was it taken anyway @sufi ? On seeing it one wants to be there... not in the pic though that wouldn't be enough to scratch the itch, it's really the colour itself that entices and inside which one wants to be.
Click to expand...

not even sure - i got it from twitter, but exactly that

for me the moon - and the stars - primarily represent a spatial pleasure, a feeling of interiority produced by these markings that make something like a roof

imagine if there was nothing up there, how distressing it would be, how chilling the draught

was it a mistake to go up there?

entertainment said:
was it a mistake to go up there?
Click to expand... 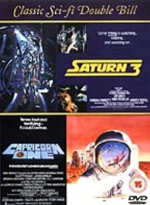 i think @catalog conked out before the coup de grace
C

Yes I conked out before midnight but I'm back

Flower Moon available on the 15th May - total lunar eclipse!

the Americans will reap the rewards, but those of us in the UK may be able to witness the phenomenon at about 5 am 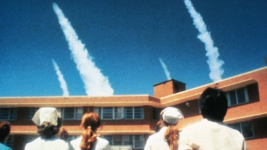 Live in the sky, right now is a Full Buck Super Moon. The full Buck Moon rises on Wednesday, July 13, 2022! It's the biggest and brightest supermoon of the year. Find out why July's full Moon is called the Buck Moon!

This will be the biggest and brightest supermoon of the year.

The full Moon in July is called the Buck Moon because the antlers of male deer (bucks) are in full-growth mode at this time. Bucks shed and regrow their antlers each year, producing a larger and more impressive set as the years go by.

Several other names for this month’s Moon also reference animals, including Feather Moulting Moon (Cree) and Salmon Moon, a Tlingit term indicating when fish returned to the area and were ready to be harvested.

Plants are also featured prominently in July’s Moon names. Some of our favorites are Berry Moon (Anishinaabe), Moon When the Chokecherries are Ripe (Dakota), Month of the Ripe Corn Moon (Cherokee), and Raspberry Moon (Algonquin, Ojibwe).

Below are the best days for activities, based on the Moon’s sign and phase in July.

Further proof (if any were needed!) that SPACE IS FAKE:

There is so much more to know about the moon than we have now. It makes little difference whether we refer to it as Planet Earth’s satellite or not because the truth is that we know very little about our own planet, let alone our satellite. Also, evidence suggests that the Apollo landing was...

perhaps the greatest pearl before swine ever

August’s full Sturgeon Moon reaches its peak on Thursday, August 11, 2022. It will be the last supermoon of the year! Learn when to look for it and why August’s Full Moon got such a peculiar name.

August’s full Moon will appear on the night of Thursday, August 11, reaching peak illumination at 9:36 P.M. Eastern Time. On either of these nights, look toward the southeast after sunset to catch a glimpse of the Sturgeon Moon rising.

The Sturgeon Moon rounds out this year’s parade of four supermoons, which started in May! Supermoons are commonly defined as full Moons that occur while the Moon is at its nearest point to Earth. (Because its orbit is not a perfect circle, the Moon’s distance from Earth changes throughout the month.) Supermoons are ever-so-slightly closer to Earth than the average full Moon, which technically makes them extra large and bright from Earth’s perspective.

Why Is It Called the Sturgeon Moon?​

The full Moon names used by The Old Farmer’s Almanac come from a number of places, including Native American, Colonial American, and European sources. Traditionally, each full Moon name was applied to the entire lunar month in which it occurred, not solely to the full Moon.

August’s full Moon was traditionally called the Sturgeon Moon because the giant sturgeon of the Great Lakes and Lake Champlain were most readily caught during this part of summer.

What Is a Sturgeon?​

These prehistoric-looking fish have been traced back to around 136 million years ago and many people call them “living fossils.”

Alternative August Moon Names
Flying Up Moon is a Cree term describing the time when young birds are finally ready to take the leap and learn to fly.

Corn Moon (Algonquin, Ojibwe), Harvest Moon (Dakota), and Ricing Moon (Anishinaabe) signify that this is the time to gather maturing crops. Along the same vein, the Assiniboine people named this period Black Cherries Moon, referring to when chokecherries become rip 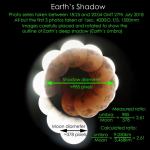