Staff member
It's a great eerie orange colour tonight, or it is for me, at least.

There must be a new moon out, she said. He’s always bad then.
Click to expand...

Forbes has been bringing the cosmic heat lately 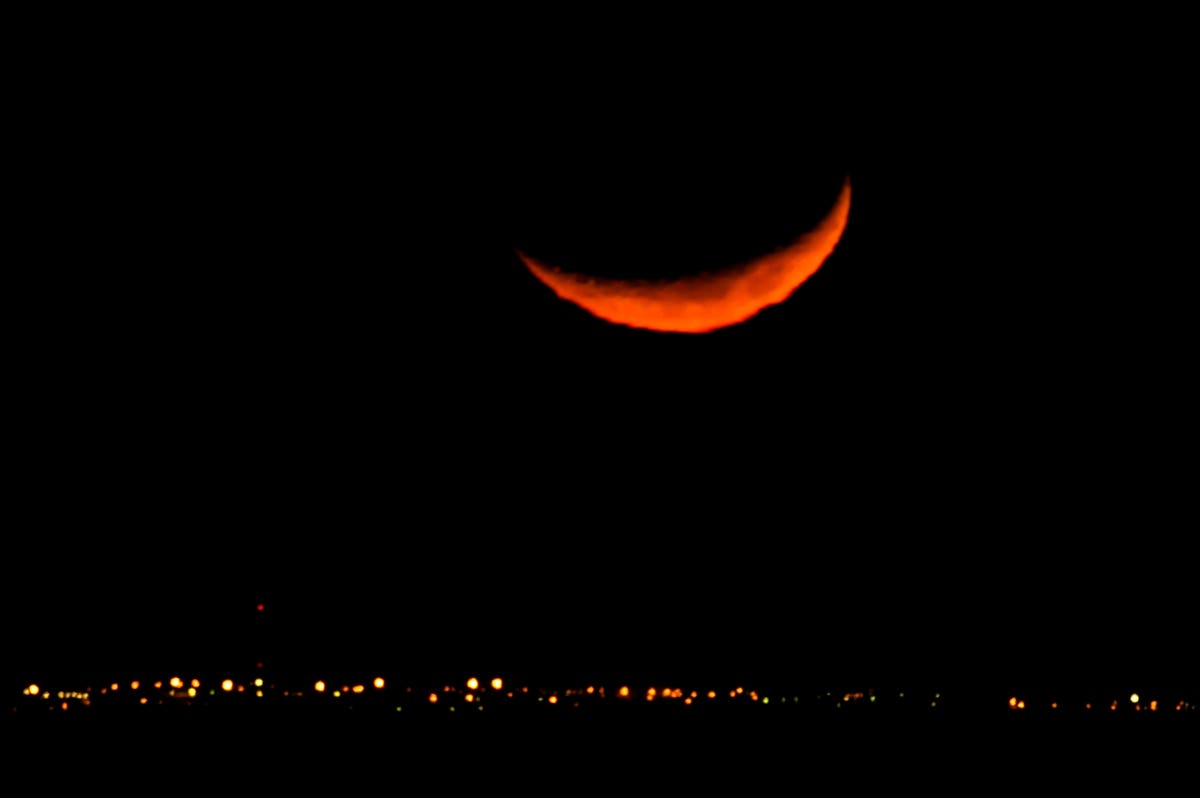 The Night The Moon Exploded

An asteroid crashing into the Moon could explain what the monks saw in 1178.

Been a bit restless last few days. Difficulty concentrating more than usual. The last 2 it got to the point where about an inch below my wrists and at the back of my legs, down by the achilles heel there's been this dull tingling. Almost as if someone dropped some alka seltzers into my veins and they've been slowly fizzing away with very fine bubbles flowing up into my palms and down into the soles of my feet. Like restless leg syndrome if any of you have had that? Anyway this all intensified last night and is even worse tonight. I can't find any reason for it. No change of diet. No major mood changes. Gotta be the moon, right?
C

My sleep's been shit for two or three days. I'm gonna be freaked out if it yet again syncs up with a full moon.

2 for one this month, versh. Yesterday and today

Cloudy here. Friend of mine down in Lima says its all pink 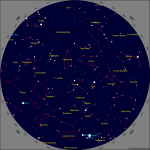 When the moon disappeared the dawn was incredibly red - supposed to be a warning right? But the weather has been fine today.

Weird skies all round in fact. This evening it was a gentle pink and there were some very low close clouds but the moon was somehow under the clouds.

Like clockwork. My sleep's been shite and I look outside and it's a full, or close to full, moon once again. There's a planet in line with it too.

Same, was full on the 2nd
C

A very quiet night. When the moon shines very brilliantly, a solitude and stillness seem to proceed from her that influence even crowded places full of life. Not only is it a still night on dusty high roads and on hill-summits, whence a wide expanse of country may be seen in repose, quieter and quieter as it spreads away into a fringe of trees against the sky with the grey ghost of a bloom upon them; not only is it a still night in gardens and in woods, and on the river where the water-meadows are fresh and green, and the stream sparkles on among pleasant islands, murmuring weirs, and whispering rushes; not only does the stillness attend it as it flows where houses cluster thick, where many bridges are reflected in it, where wharves and shipping make it black and awful, where it winds from these disfigurements through marshes whose grim beacons stand like skeletons washed ashore, where it expands through the bolder region of rising grounds, rich in cornfield wind-mill and steeple, and where it mingles with the ever-heaving sea; not only is it a still night on the deep, and on the shore where the watcher stands to see the ship with her spread wings cross the path of light that appears to be presented to only him; but even on this stranger's wilderness of London there is some rest. Its steeples and towers and its one great dome grow more ethereal; its smoky house-tops lose their grossness in the pale effulgence; the noises that arise from the streets are fewer and are softened, and the footsteps on the pavements pass more tranquilly away. In these fields of Mr. Tulkinghorn's inhabiting, where the shepherds play on Chancery pipes that have no stop, and keep their sheep in the fold by hook and by crook until they have shorn them exceeding close, every noise is merged, this moonlight night, into a distant ringing hum, as if the city were a vast glass, vibrating."

Heard someone explaining that book. Apparently there are some crazy coincidences related to the dimensions and position of the moon related to the sun and earth or something.

Dave C.
4.0 out of 5 stars That's not a moon...
Reviewed in the United States on August 7, 2016
Verified Purchase
After reading this book I am utterly 100% convinced that our Moon is an artificial construct. The evidence is right there, has been right in front of our faces all along, and has been waiting for us to make the seemingly obvious connections pointing to the irrefutable proof that the Moon was engineered by intelligent design and not simply by random chance or accident. There are far too many "coincidences" that cannot be dismissed by current academic and scientific theories for the creation of our moon such as:

- The size of the moon from the Earth is the same relative size as the sun for a total solar eclipse to occur.

- The moon's diameter is exactly 400 times smaller than the sun. The moon is also 1/400th the distance between the Earth and the sun.

- The Earth is 3.66 times larger than the moon. The Earth takes 366 days to complete one solar orbit.

- The rotation of the moon turns at precisely the velocity that it does relative to the Earth so that one side is always facing us.

- The moon is likely hollow or without a core and that when the Apollo landers crashed into it that it unexpectedly rang like a bell for several hours.

- The lunar surface contains the same isotopic signatures as the composition of rocks from the Earth but contains no heavy metals such as iron.

- The mass of the moon would neatly fit into the recesses between the Earth's continents suggesting that it was "carved" out of the Earth itself and that the generally accepted "Big Whack" theory that the moon was the byproduct of a violent collision with another planetoid the size of Mars is wrong and cannot be reconciled by a game of planetary billiards.

The odds of all of these observable facts and computations about our moon being the result of some naturally occurring phenomena are astronomically improbable as to be impossible. With regards to the Anthropic Principal it can be inferred by Albert Einstein who eloquently said that "God does not play dice with the universe" leading to the inescapable conclusion that the moon was strategically "placed" into orbit around our planet at the exact distance and inclination to the ecliptic plane that it is at in order to stabilize the tides and the seasons so that life as we know it could exist and evolve. Creationists will argue that it is further proof that it could only have been the product of divine creation as if placed precisely where it is by the hand of God, but to that I contend, "Built by God or built by an advanced extraterrestrial intelligence?"

Or was it time travelers from the distant future that terraformed our own existence 4.6 billion years ago, as the authors postulate?