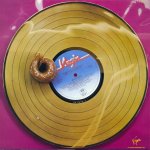 There used to be a clip of GG Allin doing a shit on the floor of a venue and rolling about in it, but I think it got taken down from YouTube. 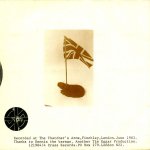 Corpsey said:
- shitting myself in Egypt, multiple times. here's a 'hilarious' account of this time in my life from another forum:

''Might not have even been the last time but I shat myself in Egypt about four-five years ago. I dunno how I got a dodgy stomach (could have been any number of reasons) - all I know is that I was drinking a can of Sprite in my hotel room, looking forward to a boat trip down the nile which was commencing the next day, when suddenly I did a fart that was more liquid than the contents of the can I was sipping from. I rushed to the toilet, squitted a bit and laughed it off - 'So that was my experience of diahorrea while travelling' I thought, smugly.

I spent the rest of the night shitting and sweating and vomiting. At one point I was sick in the sink at the SAME TIME as letting loose a pound of chocolate Angel Delight from my arse-end. I went to bed, teary eyed and turdy arsed, about five hours later. I shat myself in my sleep, waking up to find myself tucked into what was effectively a gigantic sheet of used Andrex.

Then on the boat down the nile, I lay on my back and moaned a lot for about two days, occasionally leaving the boat to go and do a wet shit in the desert sands while stray dogs circled around me hoping that some Pedigree chum would fall out of my bumhole.

One night (and I'm not lying) I had a dream where I was in a 'who can shit the fastest?' contest. The guy judging the contest counted down from 3. On '1' I woke up. If I could have shrunk the boat we were on to the size of a chocolate mini roll than we could have gone on a little cruise down my trouser legs.''

- shat in a hedge on new years day about five years or more ago. left a party in the middle of the countryside while pissed up... stormed off, basically, with the intention of walking home (even though i was miles from home and had no idea how to even get close to near it), ended up walking around in pitch darkness half freezing to death. that was when the hedge shitting occured.

- several other times in numerous fields. i grew up in a fairly rural area. its par for the course.
Click to expand...

royal trux had a major label album with a gross toilet photo on the cover. edgy!

Leo said:
royal trux had a major label album with a gross toilet photo on the cover. edgy!
Click to expand...

They did a tune with Kool Keith recently. Didn't expect that.

The Egypt shit anecdote is my most tried and tested.

Incidentally, last night I dreamt that there was a jack the ripper murder I'd never heard about wherein he stuck a hacksaw where the sun doesn't shine while the victim was still alive. Is it any wonder I'm on antidepressants and they're not working?
You must log in or register to reply here.
Share:
Facebook Twitter Reddit Pinterest Tumblr WhatsApp Email Link
Top