ever notice how the sci-fi shows always have some equivalent of the 'uncharted territories'?

ever notice how the good guys always end up dukin it out with the bad guys there like an old west frontier?

Plus such probing/expansion would seem to be financially incentivized, investment in R&D as an innovation farming, methods to short circuit the business's expense chain, etc.

suspended said:
ever notice how the good guys always end up dukin it out with the bad guys there like an old west frontier?
Click to expand...

To the edge of a Brooklyn Cultural Mafia, where there is surely a saloon for a show down and a shoot out now a sit down is impossible

(disclaimer not advising anyone enter Brooklyn and start executing people) 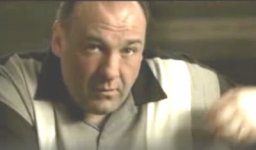 Science tries to describe without influencing the subject. Experiments, once set up, must work independently from theories, the map must be causally downstream from the territory. This Must becomes an expectation and creates a blind spot. But only the most well-behaved fields really work this way: Sociology and Psychology that deal with social realities struggle with this, especially. For many areas of interest, the map is carved into the territory by its usage, a herbivore trail both formed by and forming the territory. Language, world views, even our memories are such maps, changing whenever they're used.
Click to expand...