Yeah it is, he hooked up with moebius in the early 80s and they made this together.

Magnificent Forty-Niner Moto Hagio is an important figure in the development of Shojo manga, and also one of the first Shojo authors I read, but though her work was extremely influential in terms of its treatment of gender and the forerunner to countless modern manga with inventive gender-bending elements, her exploration of identity also subverts some of the foundations of the genre. A, A Prime, first published in 1981 is a collection of three sci-fi stories which intertwine themes of gender, memory, sexuality and identity and are amongst a small selection of her work that's been translated into English. Earth's colonisation of the solar system has been aided by a genetically engineered raced called 'unicorns', their relationship with humanity complicated by the existence of cloning technologies and psychic powers, and each story revolves around these relationships. Its easy to be put off by the conventional shojo style, which has become a shorthand for manga cliches, but these tales are more akin to Ursula Le Guin than Sailor Moon. Really quixotic and unique in tone and content, possessing a lyrical romanticism and the complete opposite of the hard sci fi manga id encountered up until the point when I picked this up in the mid 90s.

i keep starting off replies to this epic, can't get far, it's too deep

i was a 2000ad kid, i remember getting hooked thru an older lad's cast off copies - flesh - timetravelling cowboys riding dinosaurs
i got the full set of original Warriors, some i got as they came out, then i found a hoard in a newsagent in Tenby bundles up in summer holiday bargain packs
it was a brilliant era to be a comics enthusiast. i'm rapt waiting to see if you're gonna feature another particular teenage favorite of mine, the above (which i never saw before) reminds me of it, but i don't wanna spoil the magic by mentioning which one

Aw, thanks Sufi. Glad you're enjoying it. If the strip in question is what i think it is... it may make it in, but there's a lot of competition from that particular author.

beautiful stuff droid. thanks very much for posting this.

picking up Youtsuba&! for my daughter on the strength of that. loves manga and she needs a bit of cheering up poor thing.

Thats great to hear Matt. I just started a second reading for my 7 year old. She absolutely loves it. Been waiting 2 years for vol 15 though!

Comic tropes just did a nice video about Bernard Krigstein and Master Race. Well worth a watch if you're interested in the language and structure of comics. 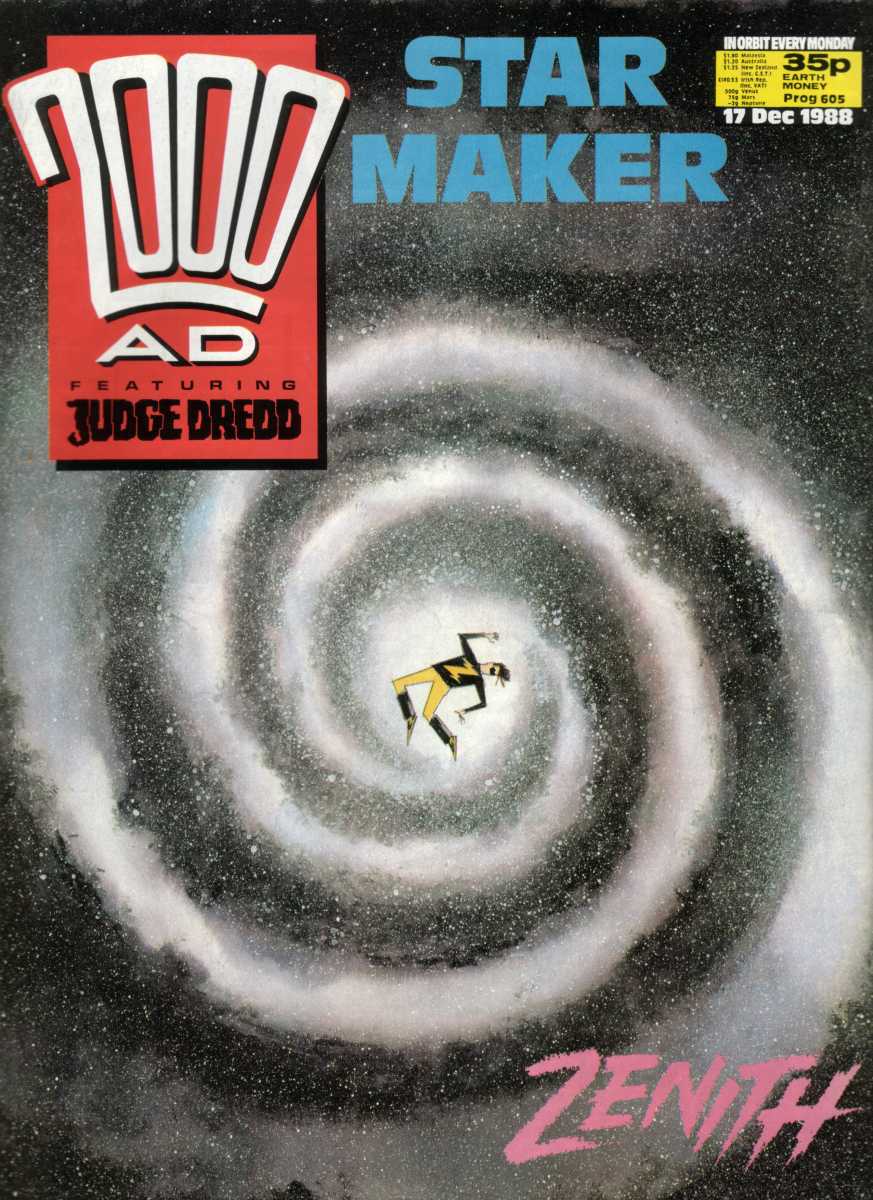 Grant Morrison. 'Bad boy' of British comics, edgelord, student anarchist, chaos magician, mystical wanker... hailed by many as an innovator and a saviour of the superhero, but there was a time before he conquered America, when he was just another British comics writer, still very much in the shadow of Alan Moore (and arguably his entire career and persona can be seen as an attempt to catch up with Northampton's most notorious wizard). After various stints on Doctor Who, Spiderman & Zoids and Tharg's Future Shocks, Morrison finally broke through in 1987 with Zenith, serialised in 2000AD in 4 story arcs over the course of the next 5 years. With character designs by the great Brendan McCarthy and stark black & white art by the massively underrated Steve Yeowell, Zenith is the story of an obnoxious pop-star celebrity superhero drawn into a number of escalating conflicts, culminating in a universe threatening Lovecraftian singularity. To get it out of the way now, Zenith is, in many ways a rerun of Moore's Miracleman and like Miracleman, many of the tropes that would define the author's later career are explored in this strip. Superheroes in an ostensible 'real world', alternate history, parallel universes (and travel between them), black helicopter anti-authoritarianism, counterculture and its failings, Lovecraftian flourishes... all present and correct. Steve Yeowell stayed on for the entire series and his work is exemplary throughout, his solid brushwork offering a density and stylistic sophistication to the narrative, something lacking from much or Morrison's later work.

I confess, Im not a big Morrison fan. I don't rate the Invisibles, and Animal Man seemed far too arch and knowing to me, but Zenith struck a chord with me at the time and it stands up to repeated readings. Its use of real life analogues (Richard Branson makes an appearance) and unusual or contemporaneous characters (Archie the Acid House Robot, or Red Dragon - the only Welsh superhero in comics afaik) make for entertaining reading, and his pisstaking of superheroes is generally very funny, in fact the entire story is laced with humor. This lighthearted approach contrasts with the icy omnipotence and seriousness of the more powerful characters like Peter St. John/Mandala (A Tory professor X) and the nightmarish threat of the villains (the Nazi Cult of the Black sun & their gods the Lloigor/Many Angled Ones).

A highly readable, fun story, told with verve and confidence, Morrison threw everything at the wall with this one, at it worked, brilliantly. 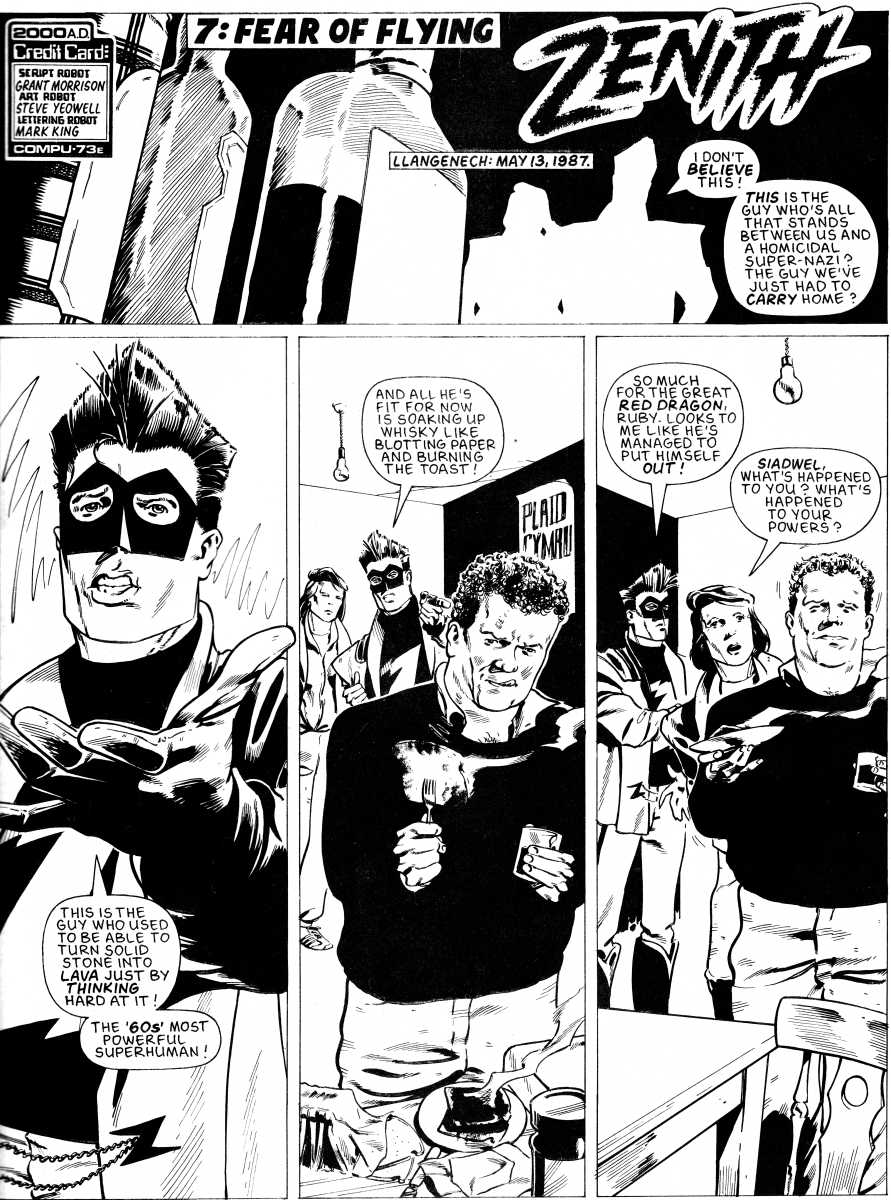 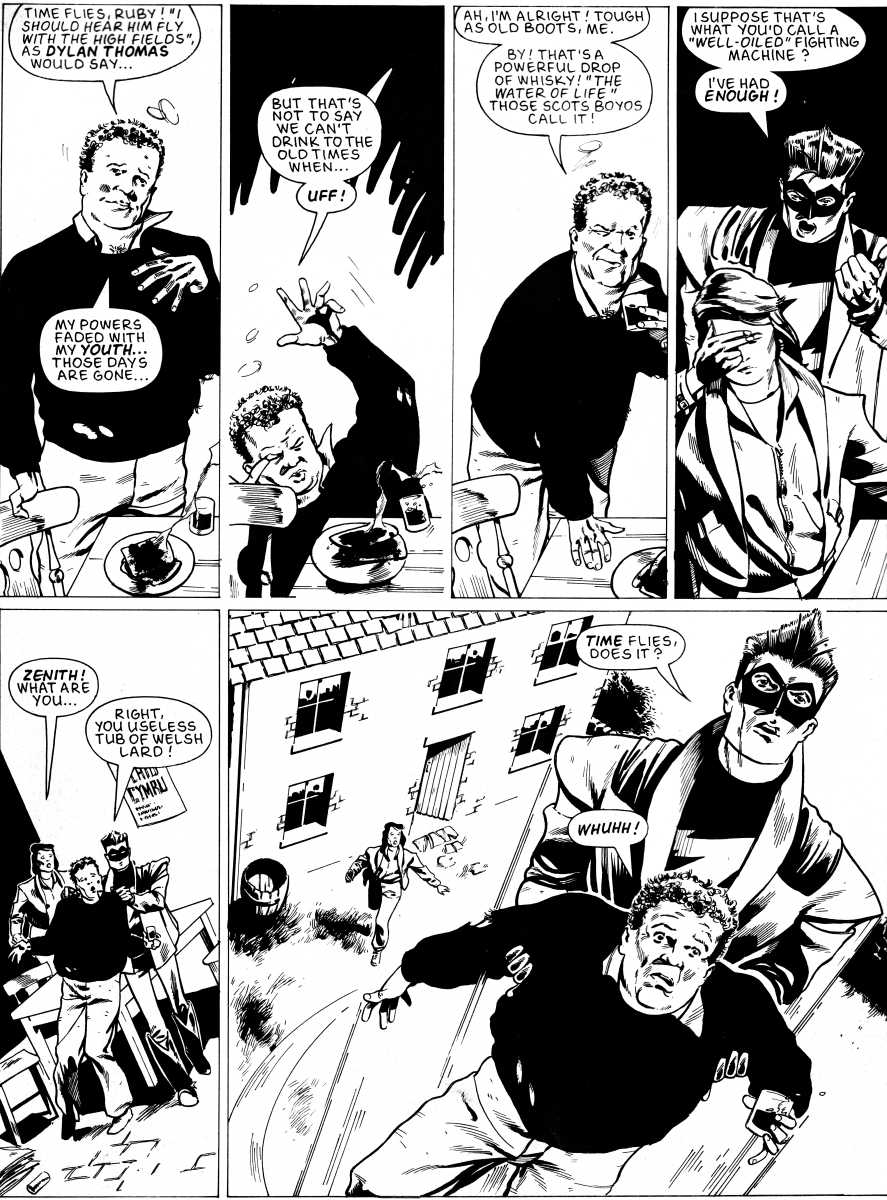 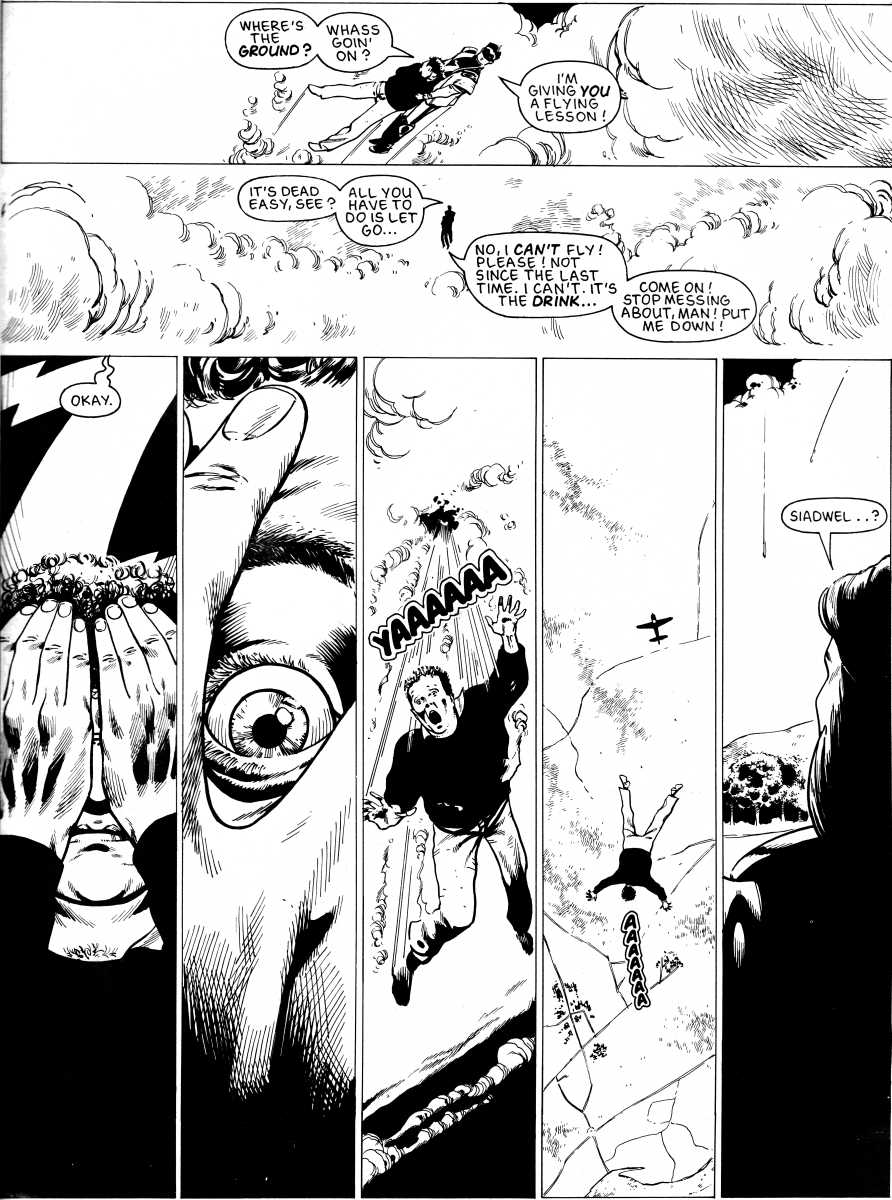 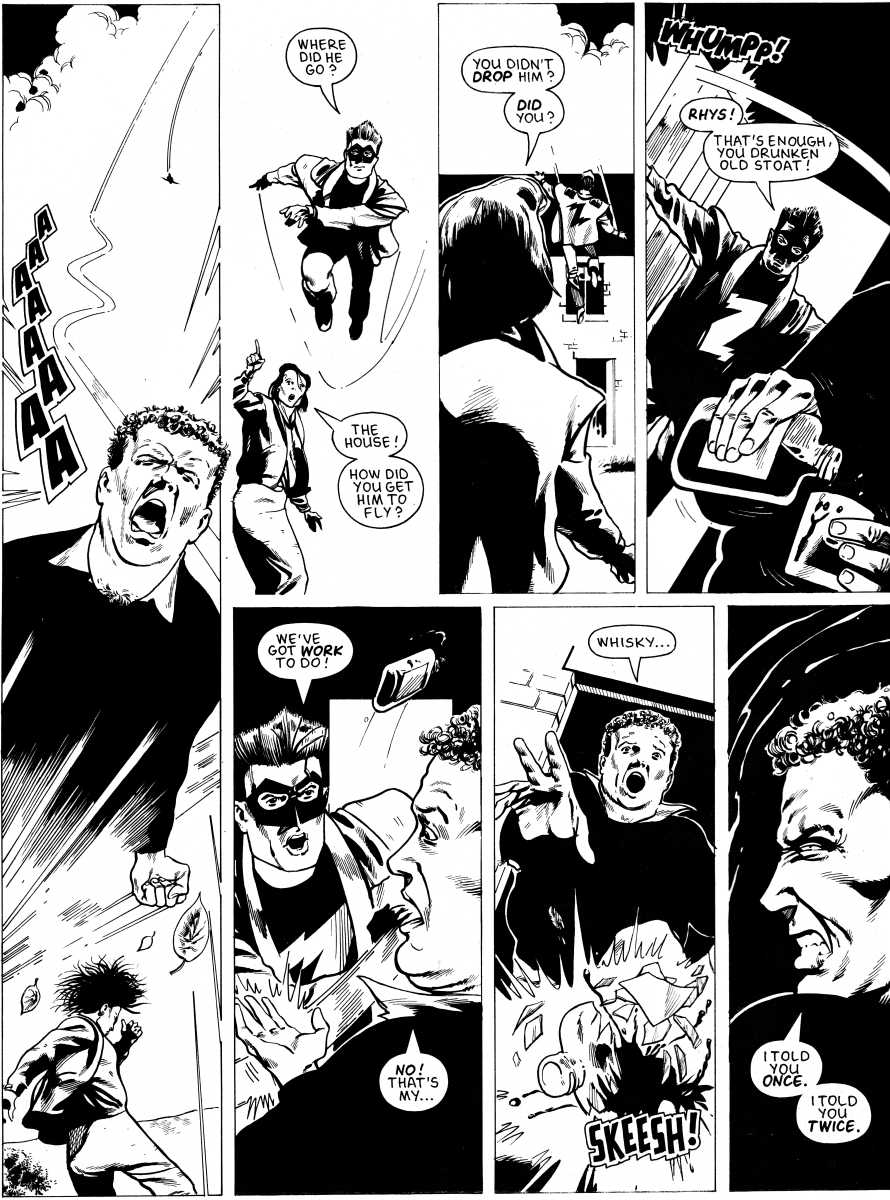 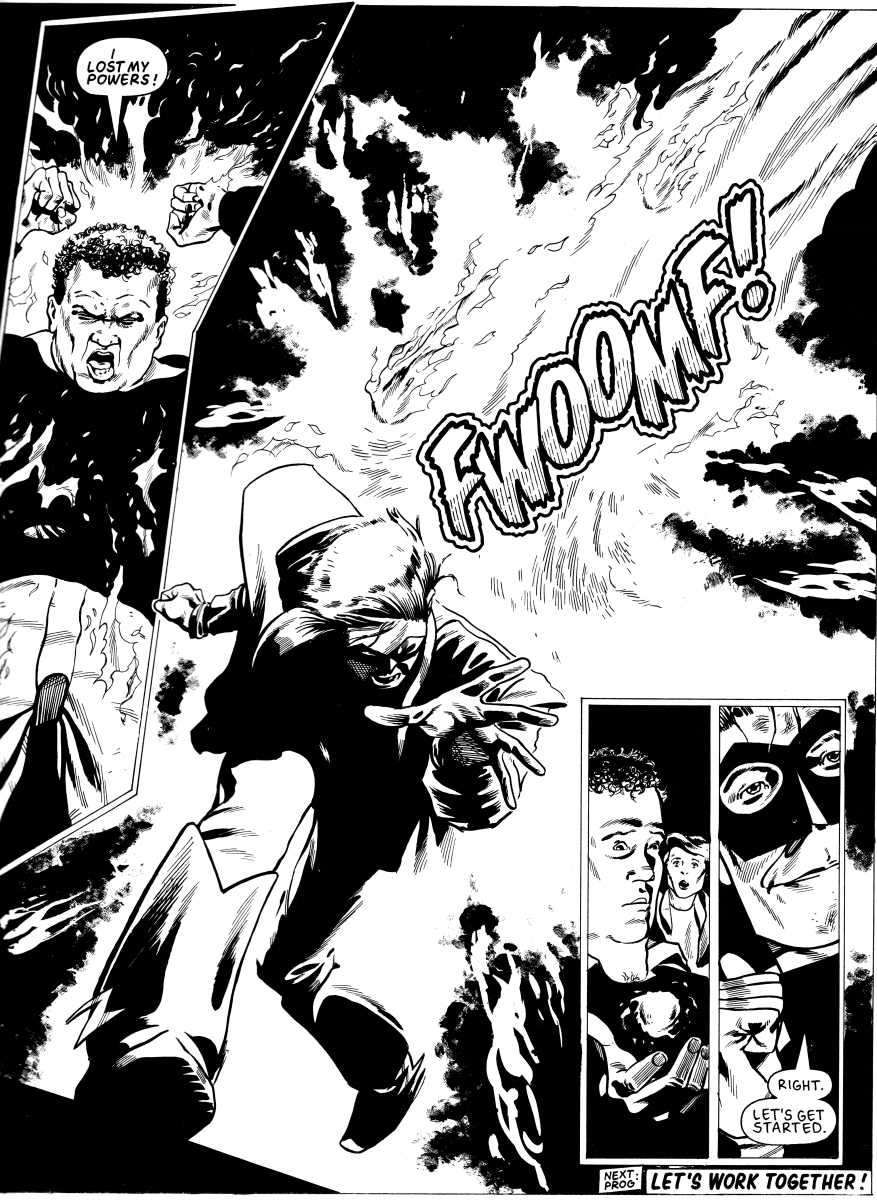 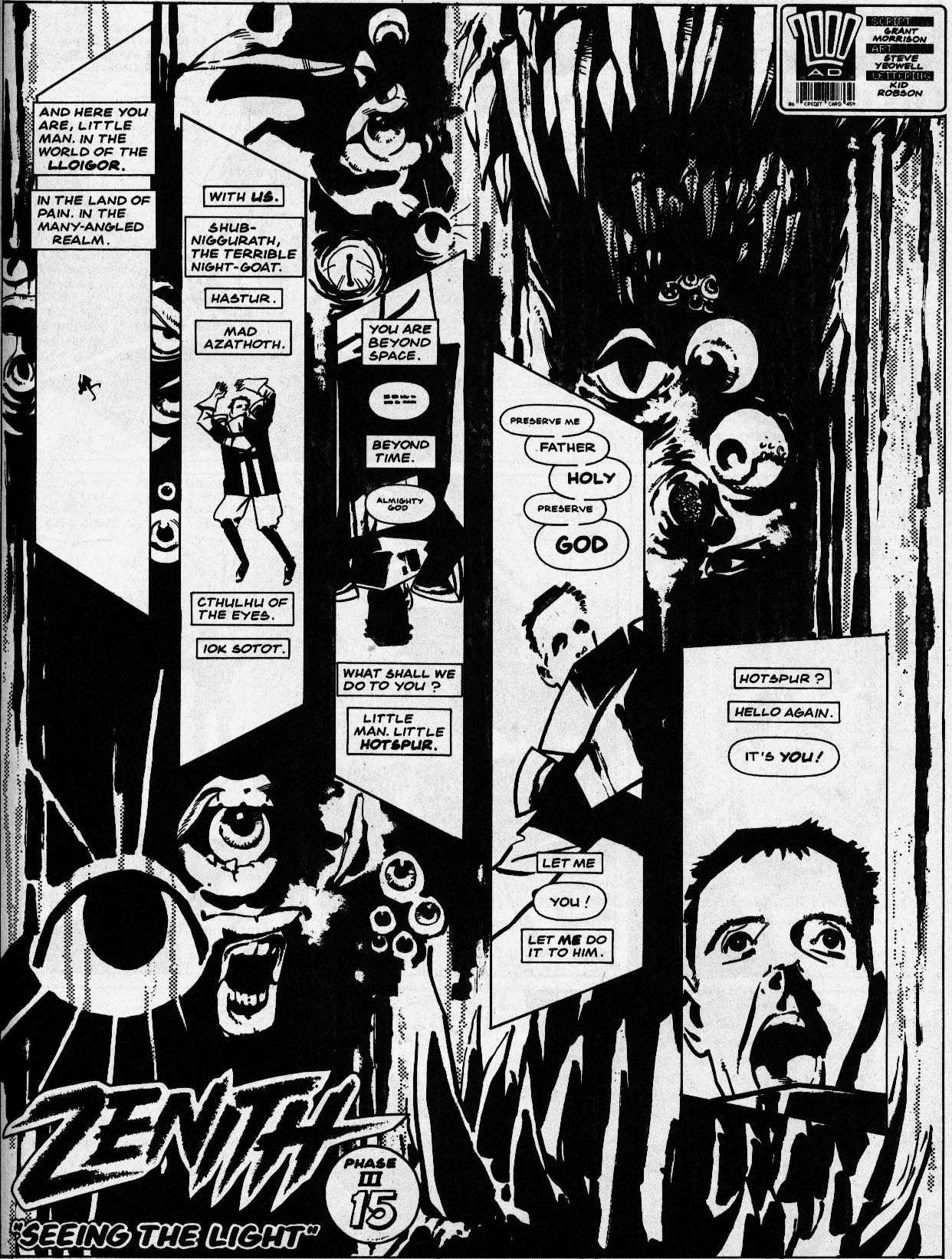 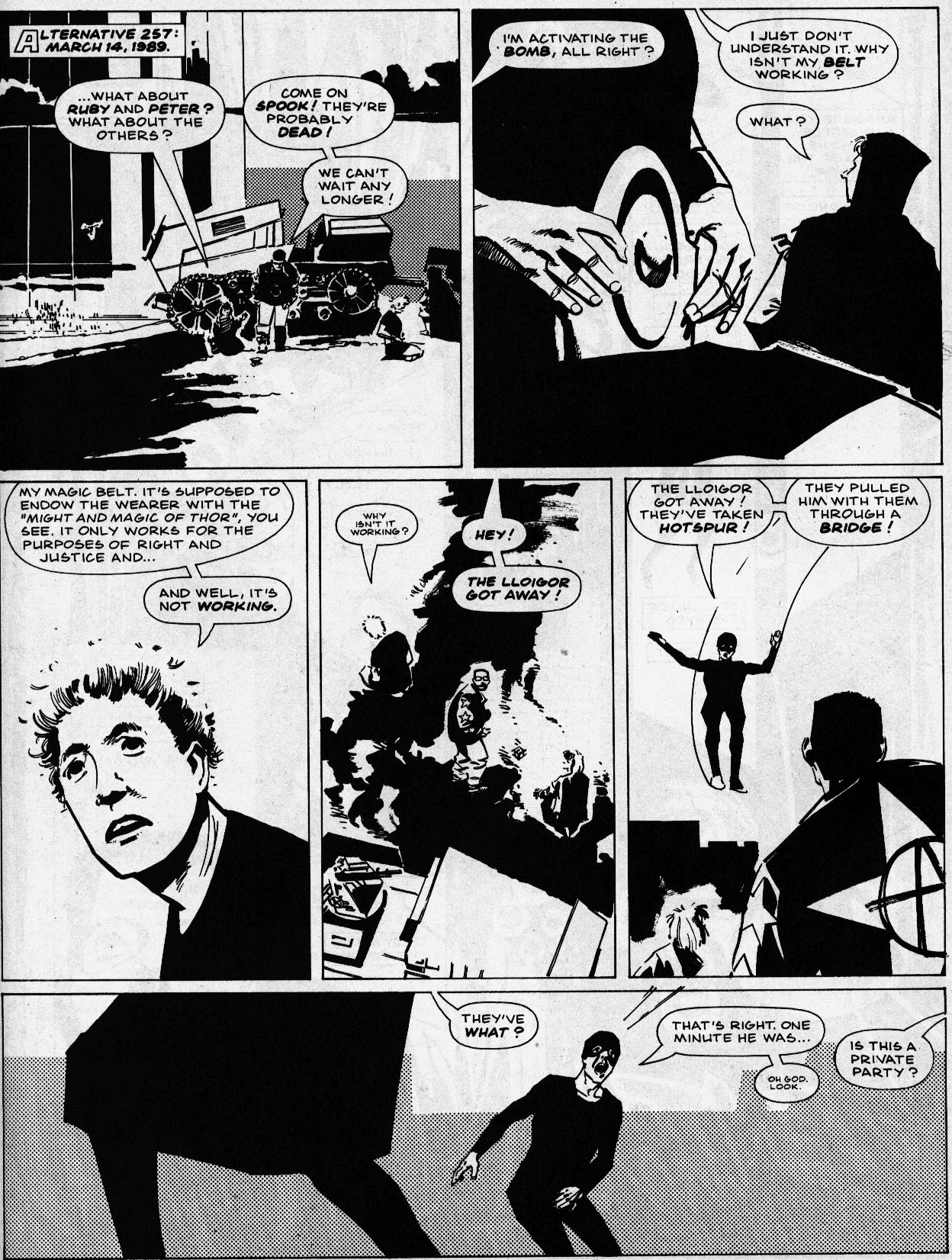 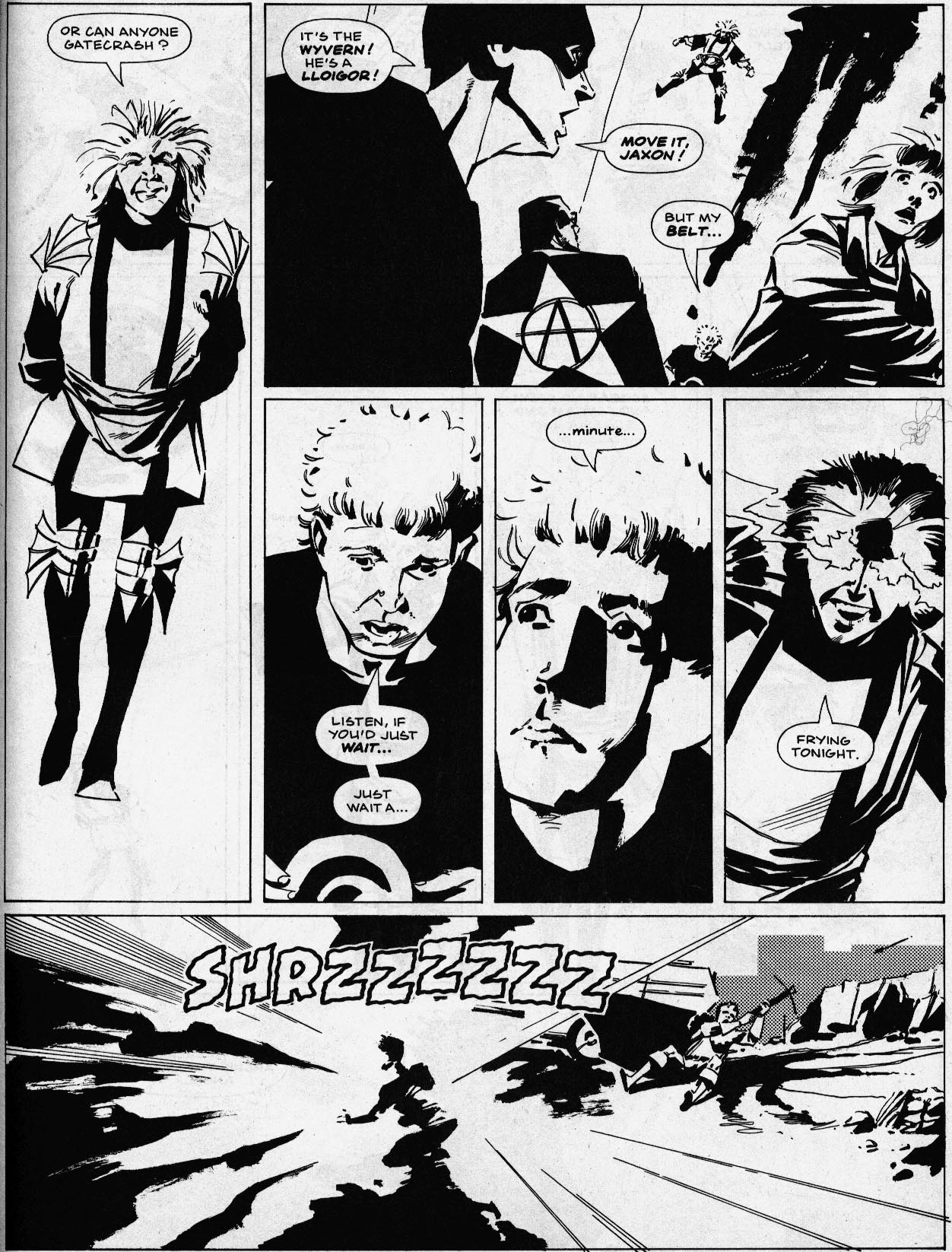 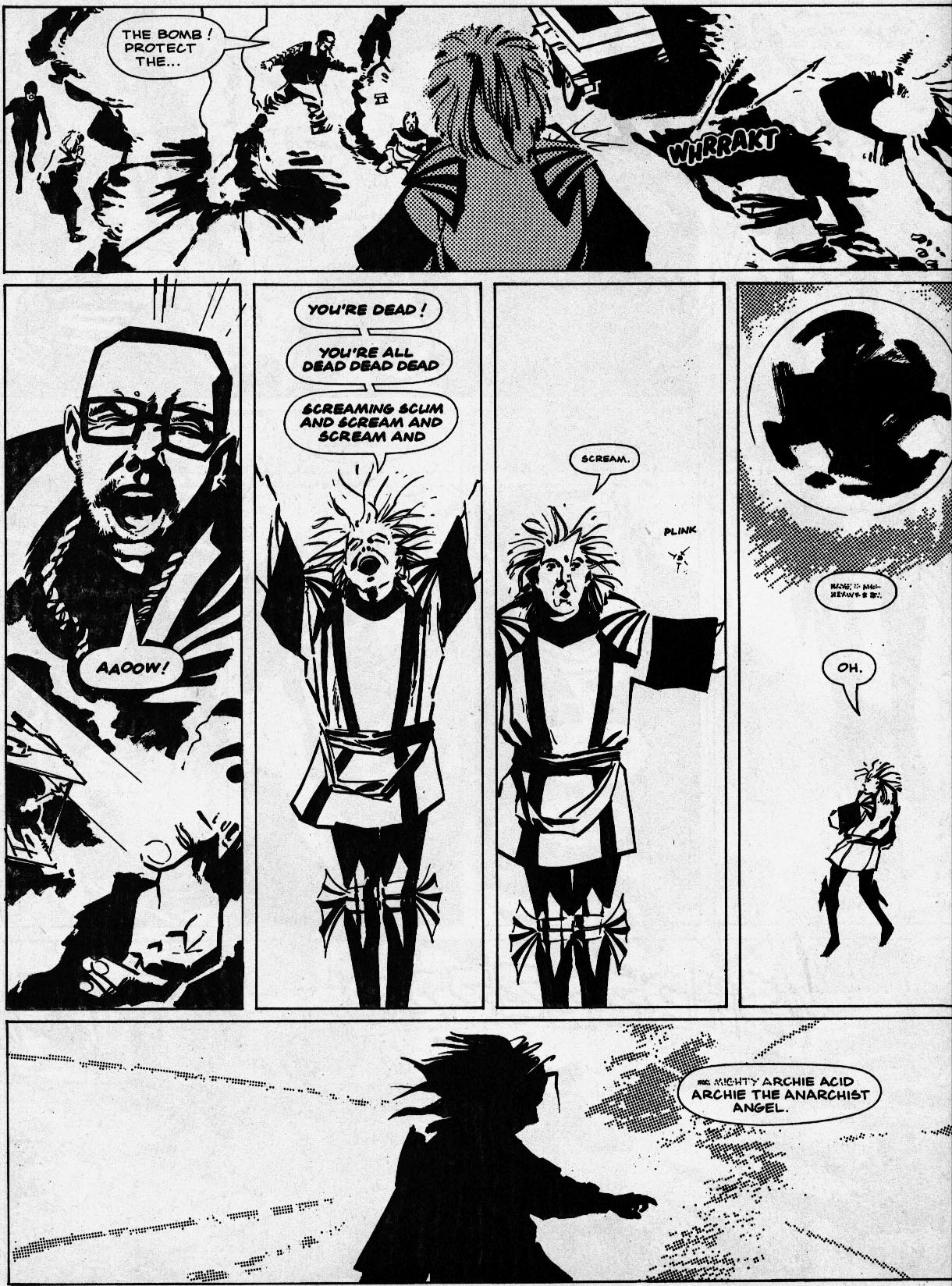 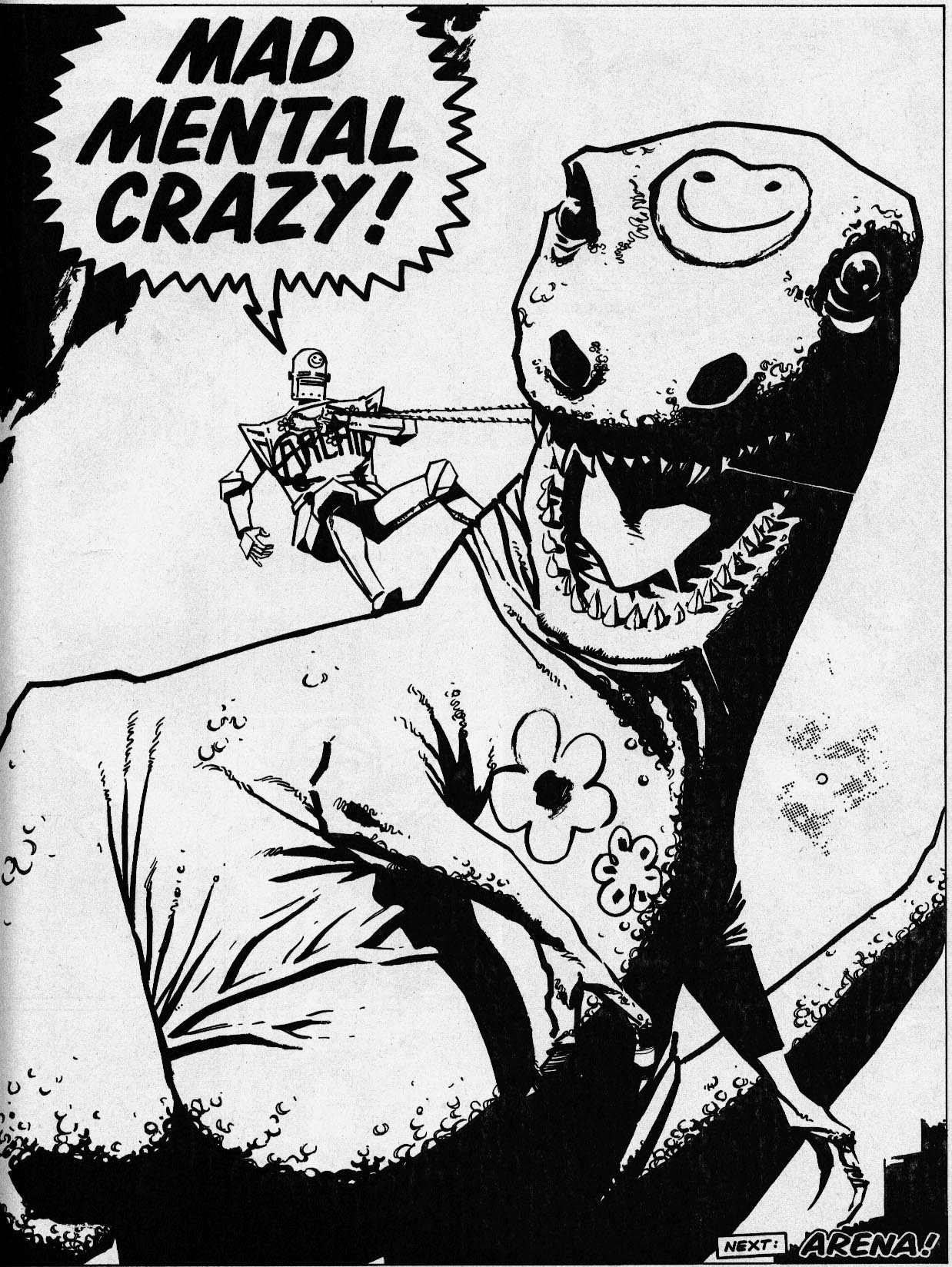 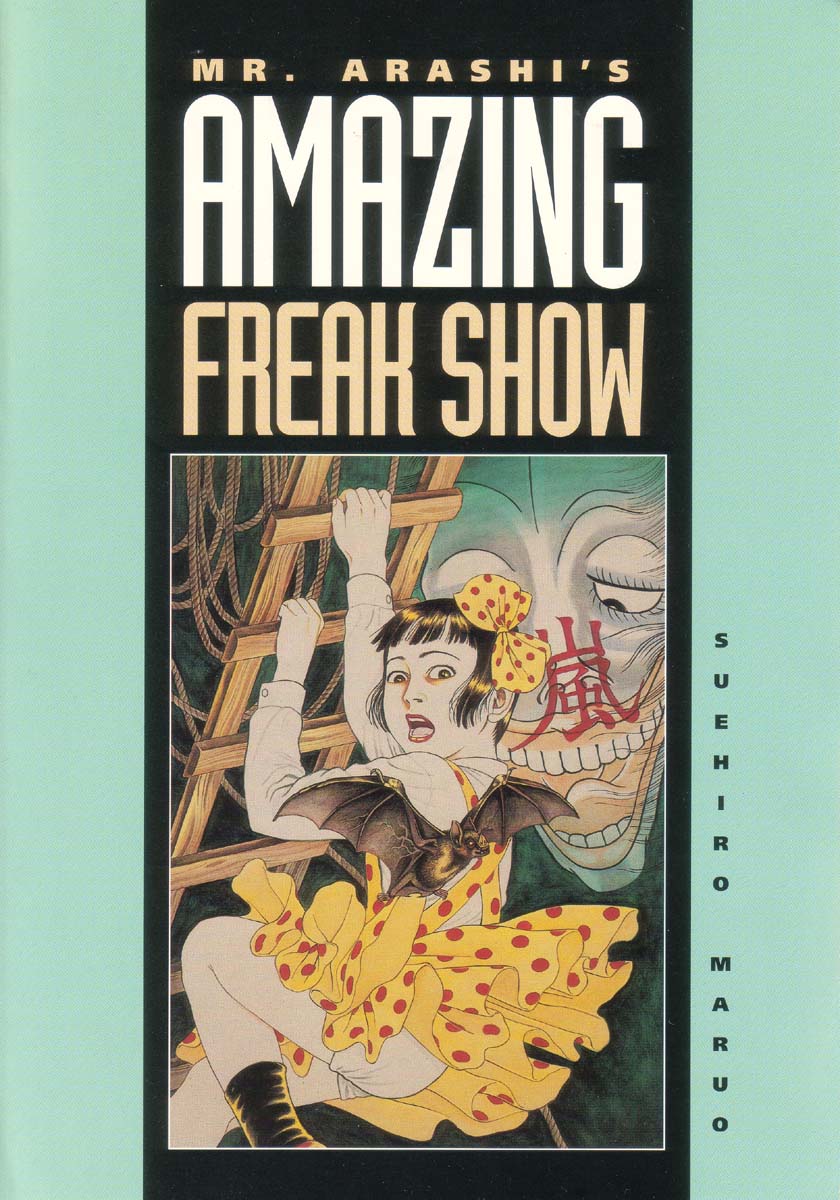 1984's Mr Arashi was a name that promised unearthly, forbidden delights to a young manga fan in the early 90s. first glimpsed in Frederik L. Schodt's Manga! Manga! The World of Japanese Comics, this book was the whisper in the back of the classroom, the exemplar of extreme Japanese comics, and like most phantoms, it remained a rumour, rare, out of print and inaccessible until many years later. It's creator Suehiro Maruo, is a star of modern Eru-Goru (Erotic-Grotesque) a movement with a tradition dating back to the '20s, and his work influenced horror mangaka like Junji Ito and Hideshi Hino as well as contemporary Eru-Goruist's such as the notorious Shintaro Karo. A couple of years after I first heard of him, I finally managed to read a Maruo comic, Planet of the Jap which was included in the excellent Comics Underground Japan, a collection of works taken mostly from the pages of Garo, Japan's experimental comics anthology. But whilst Planet is a short, violent strip imagining a Japanese victory in WWII, Mr Arashi's Amazing Freak Show is something quite different, an extended work that touches on the primary themes of ero goru; surrealism, body horror, physical & sexual violence, irreverence, and gore. Mr. Arashi, or Shōjo Tsubaki (The Camellia Girl) is based on a 1920's Kamishibai (Street theatre) story in which an orphan girl named Midori finds herself sold as a servant to a low-budget freak show, where she's emotionally, physically and sexually brutalised by the performers. The story is presented as a series of narratively unrelated vignettes in which Midori suffers a variety of abuses before some surreal, unexpected denouement resets us back to square one - that is, until the arrival of Masamitsu the Bottled Wonder, a dwarf magician who seems to have genuine supernatural powers, with whom Midori Falls in love.

Maruo's fascination with antique horror comes through not only in the period setting, but in his deliberately old-fashioned artwork, which borrows both the vapid prettiness and the off-kilter creepiness of earlier eras. His illustrative, almost commercial style is sometimes described as modern muzan-e (atrocity pictures), a 19th-century branch of ukyo-e devoted to theatrical scenes of gory violence. But above all periods, Maruo seems to love the 1920s, the decade when Old Japan and New Japan clashed, tradition soured into decadence and modernity into militarism, and the experimental artists of East and West discovered one another. There are all kinds of parallels between Mr Arashi and various Western avant garde schools, Brecht's alienation effect, Dada, the transgressive excesses of the Aktionists... or you can just read it as a deeply weird and fucked up Japanese comic. Your choice. 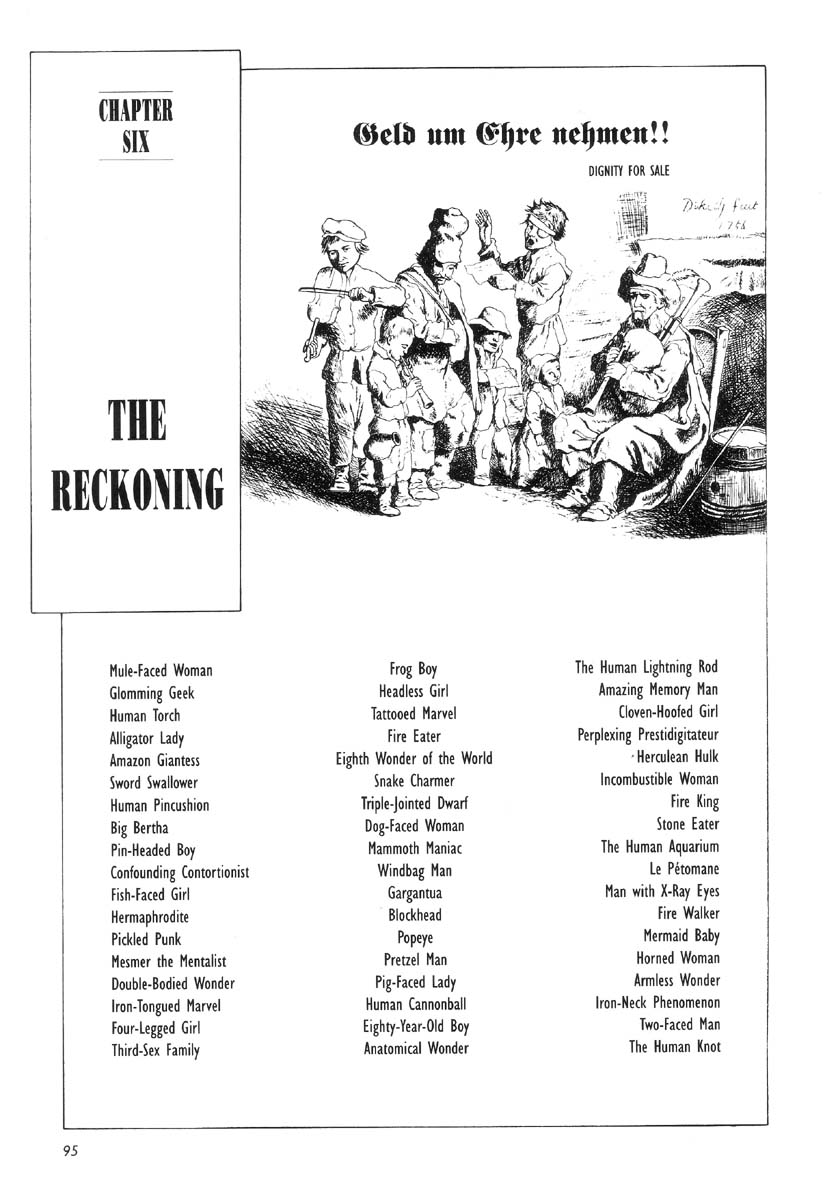 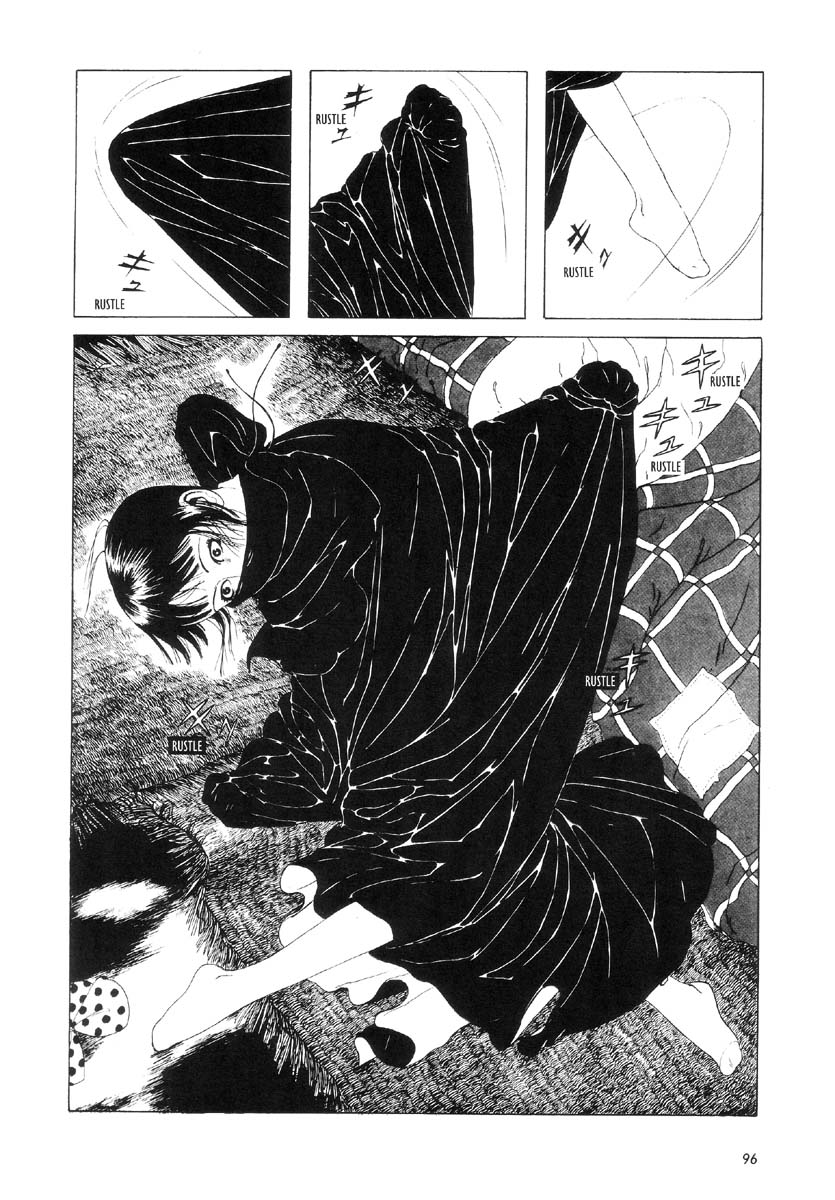 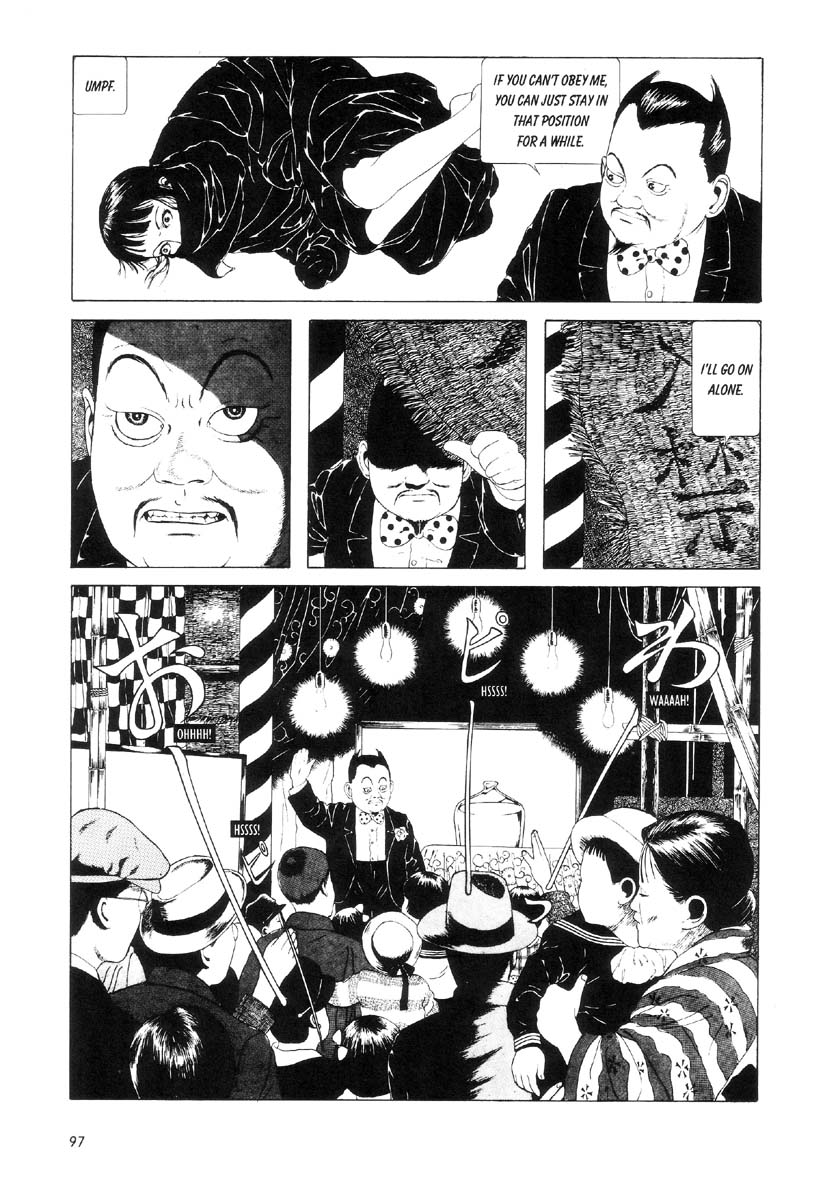 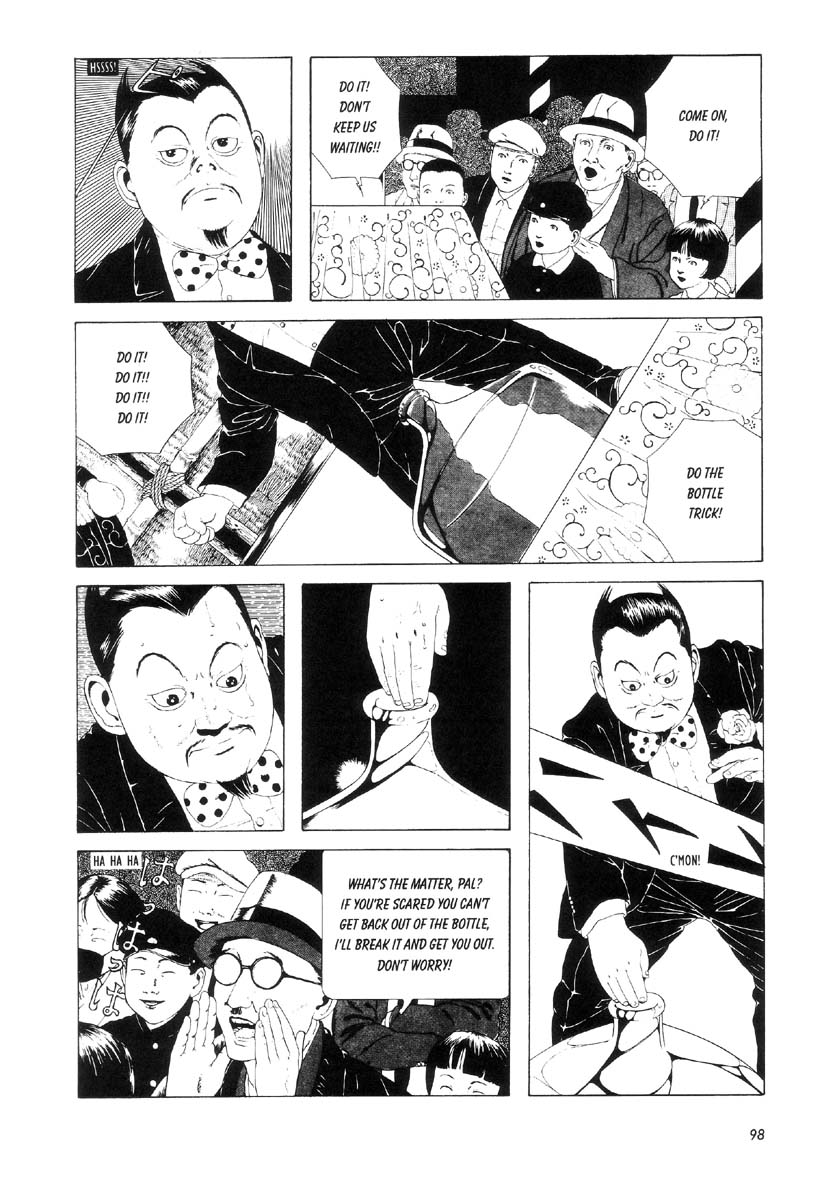 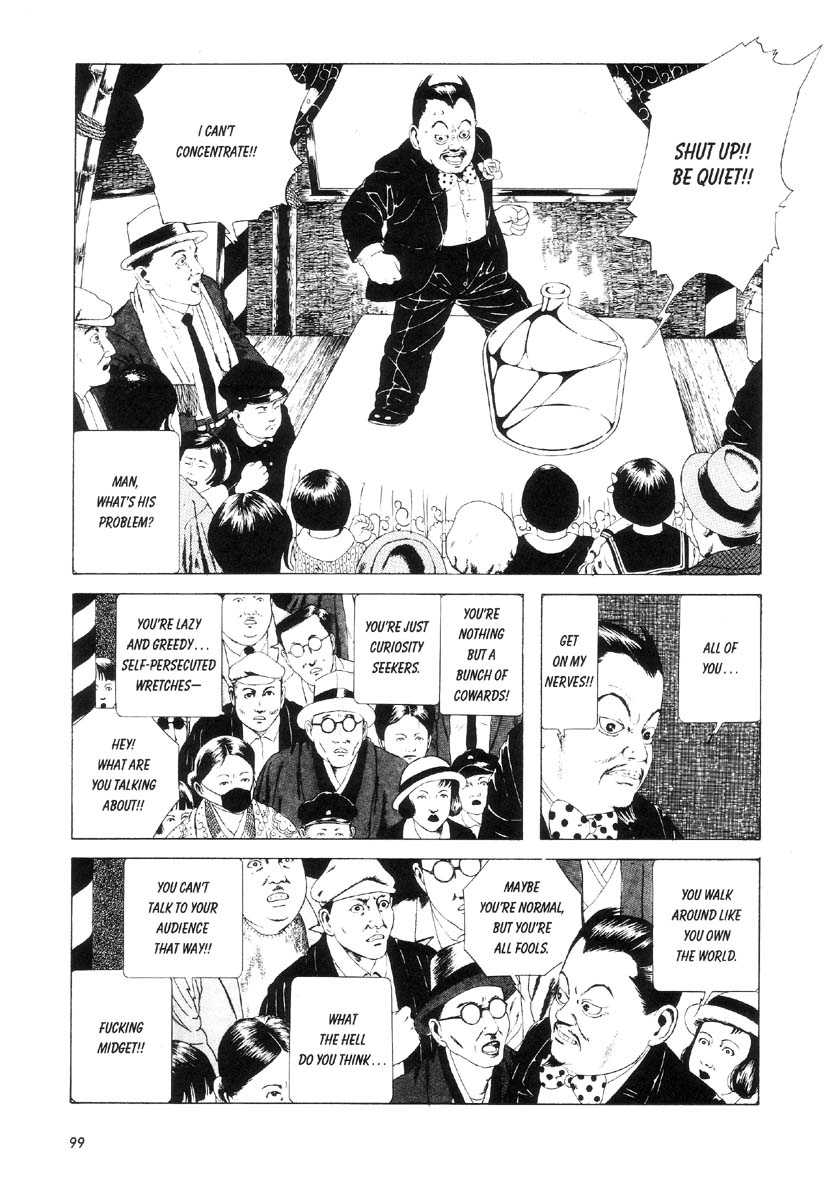 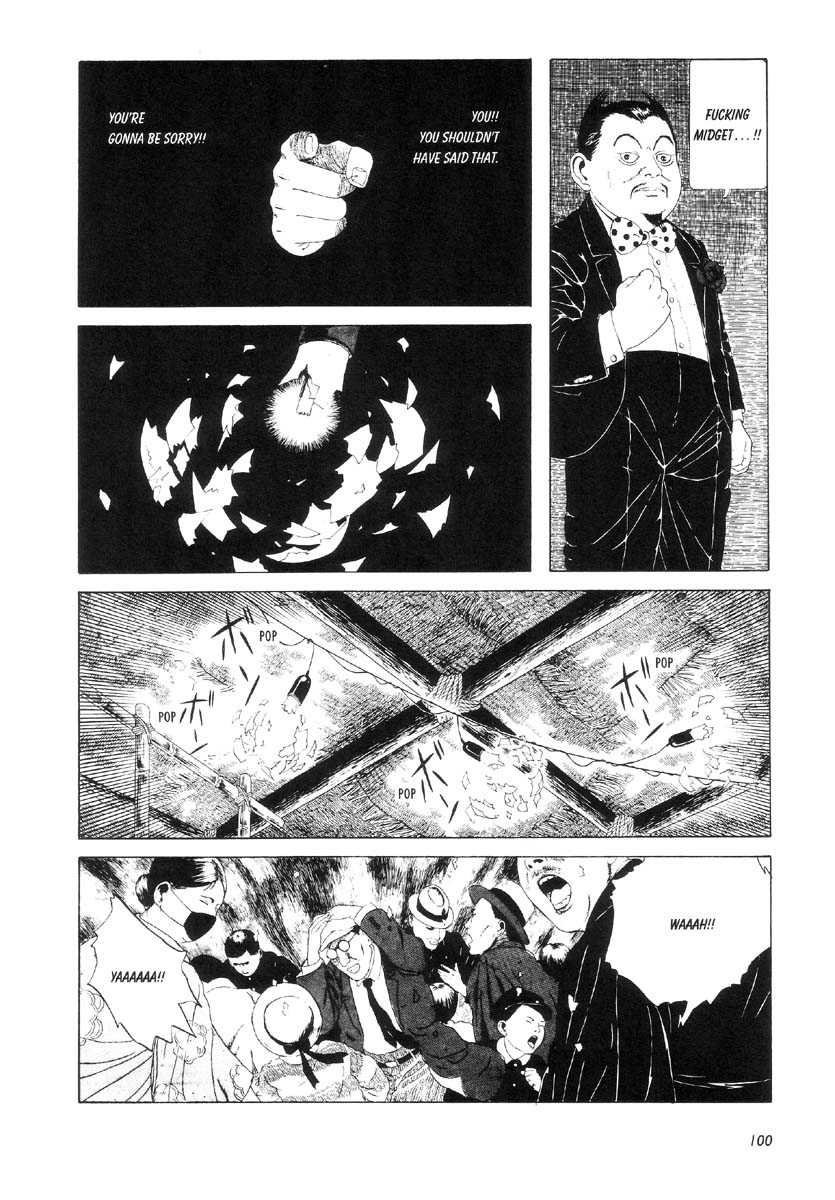 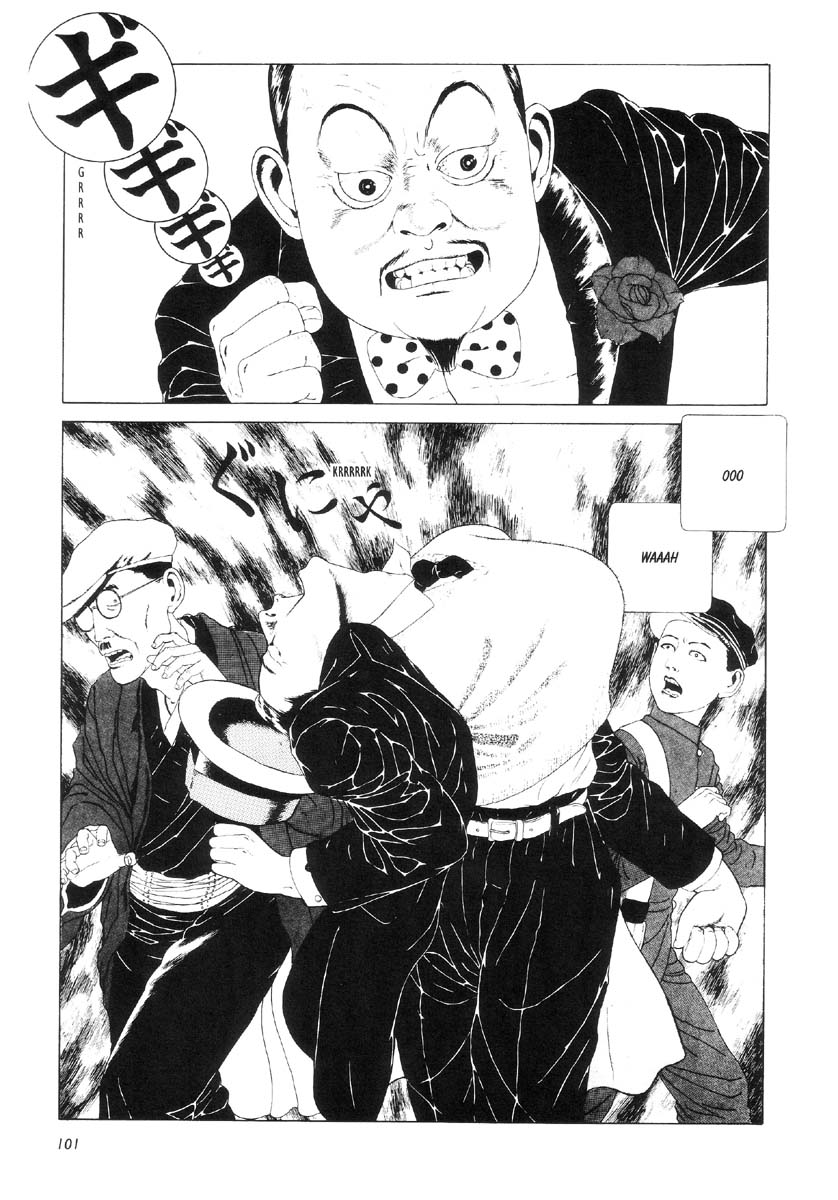 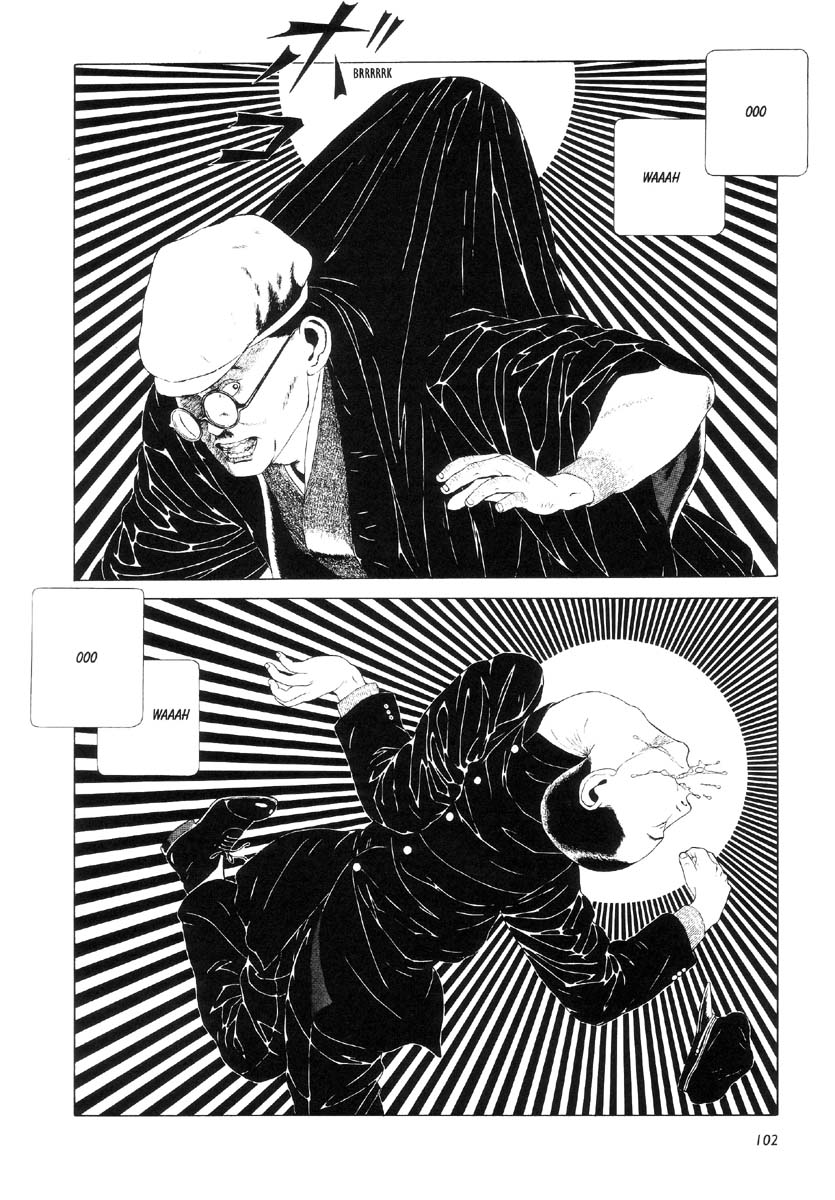 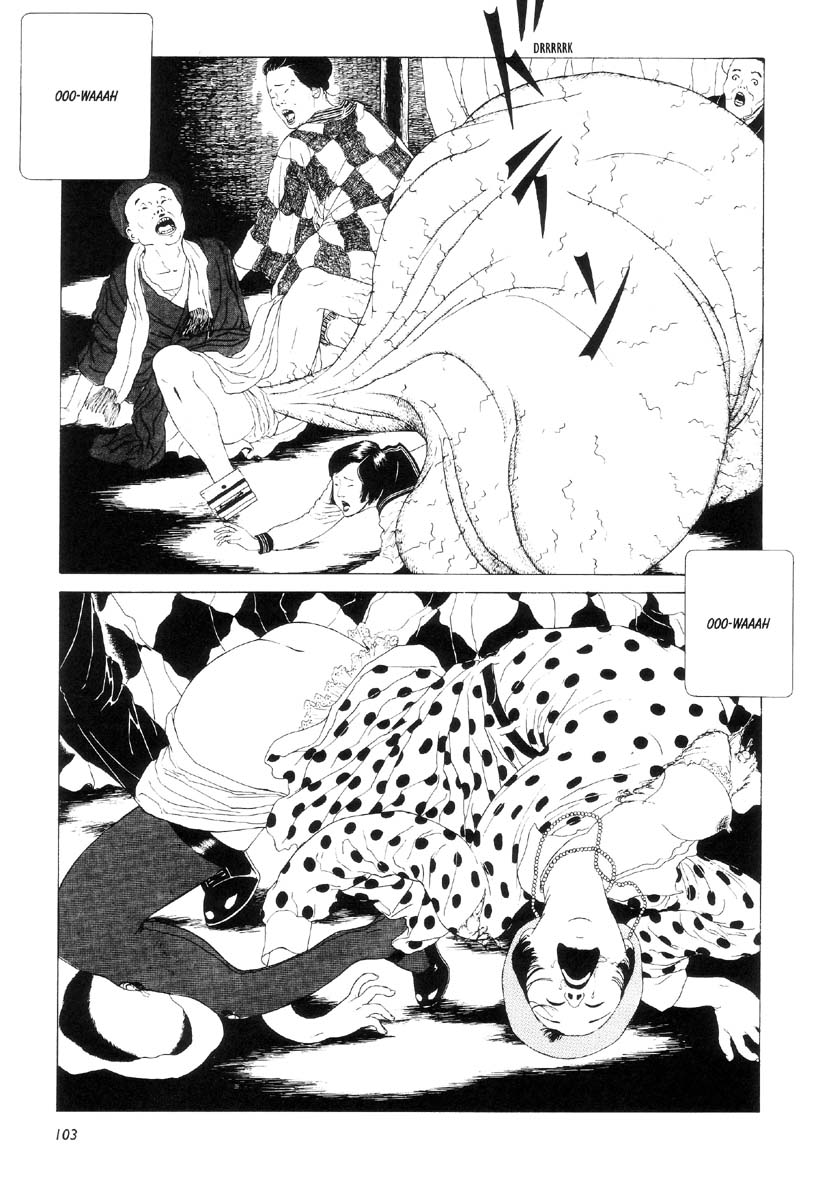 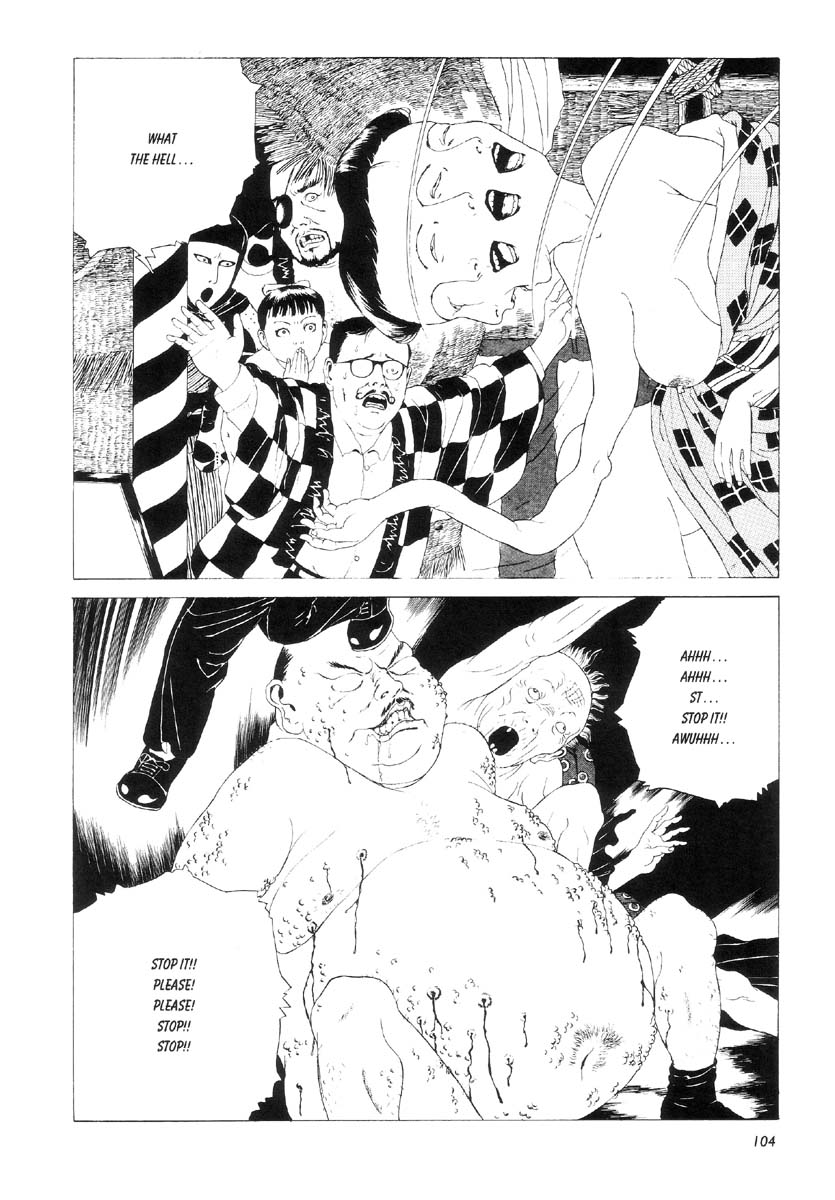 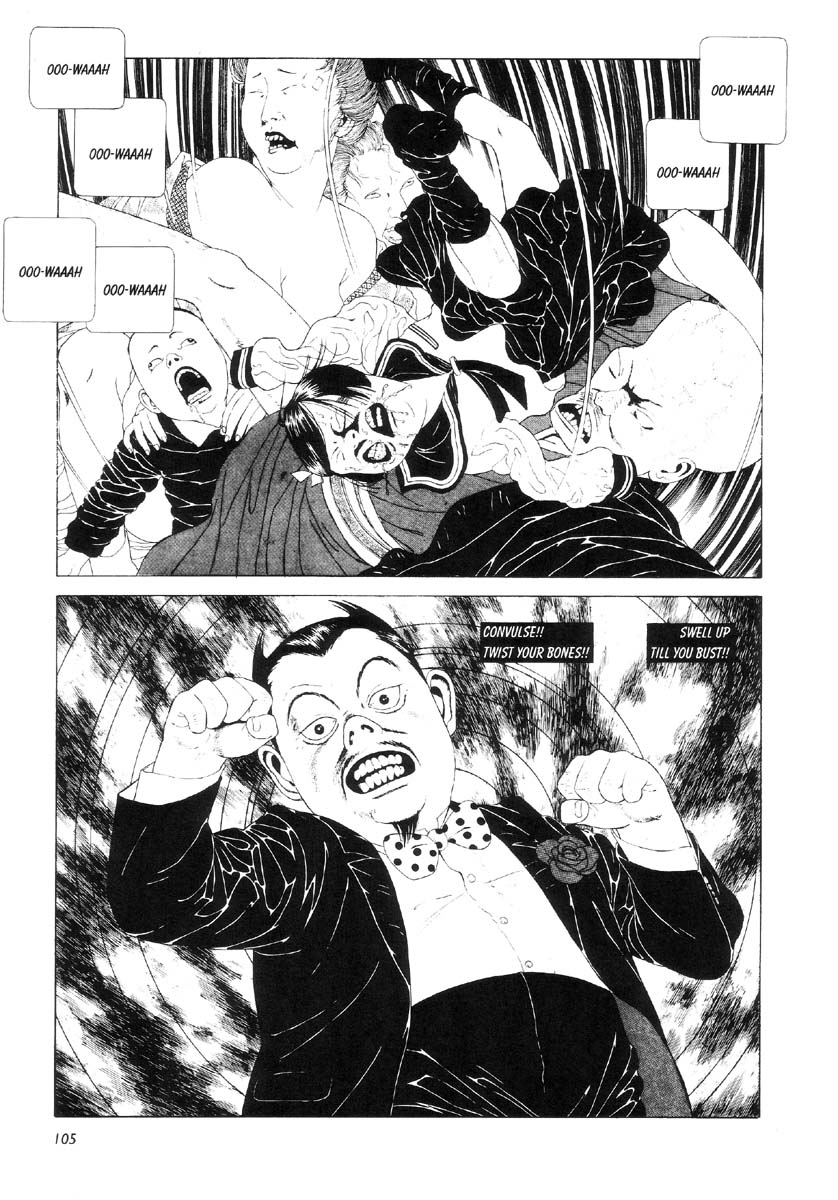 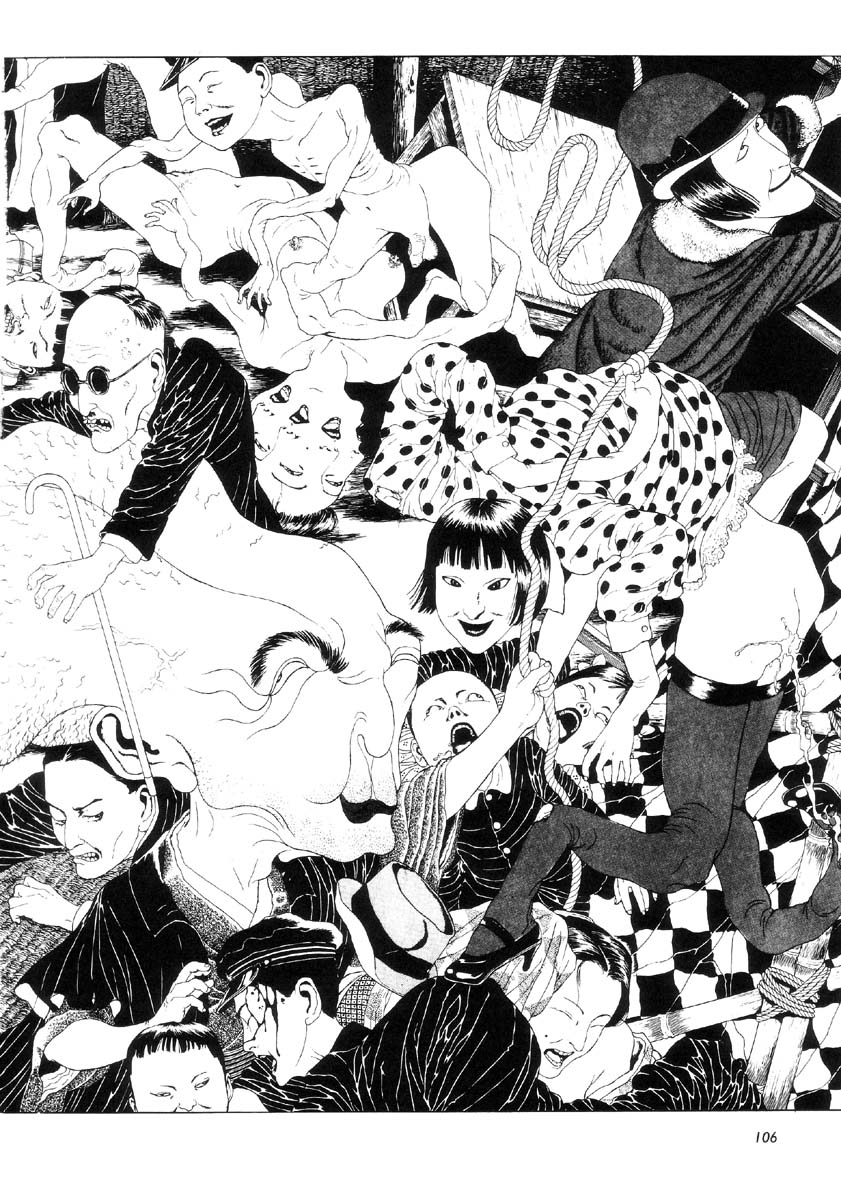 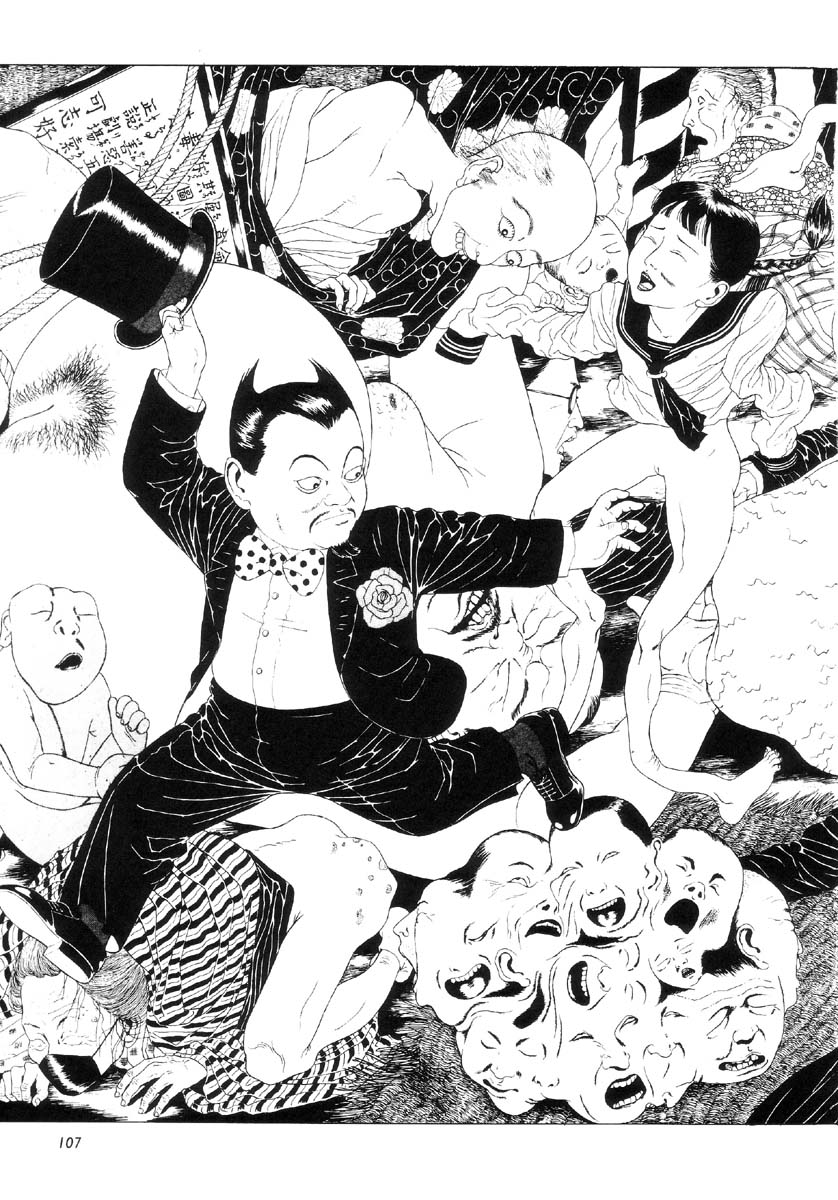 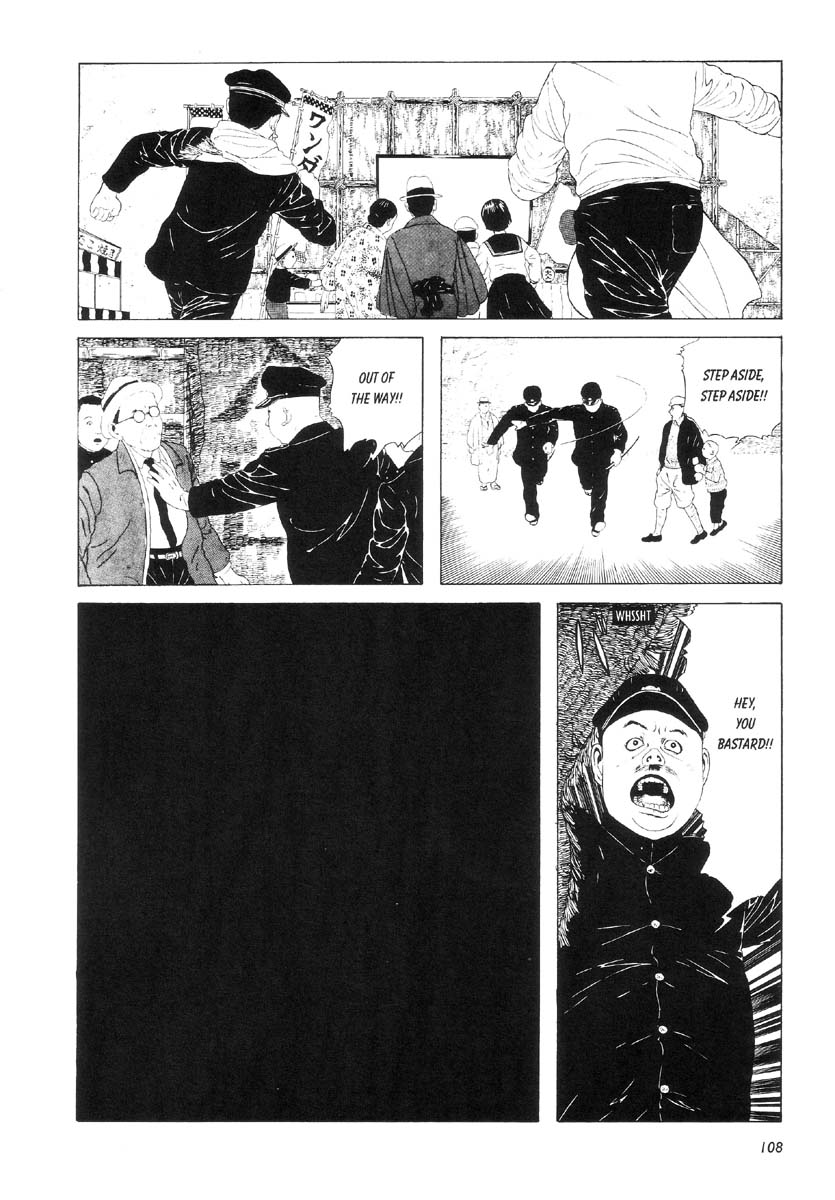 sufi said:
i keep starting off replies to this epic, can't get far, it's too deep

i was a 2000ad kid, i remember getting hooked thru an older lad's cast off copies - flesh - timetravelling cowboys riding dinosaurs
i got the full set of original Warriors, some i got as they came out, then i found a hoard in a newsagent in Tenby bundles up in summer holiday bargain packs
it was a brilliant era to be a comics enthusiast. i'm rapt waiting to see if you're gonna feature another particular teenage favorite of mine, the above (which i never saw before) reminds me of it, but i don't wanna spoil the magic by mentioning which one

Just flicking thorough this, some stunning stuff in here droid. All new to me. Nicely facilitated by barty too

I should really add some more to this. I have a few things ready to go but aint got much time right now. Was flicking through Jim Starlin's cosmic 70's run of Captain Marvel just the other day in consideration.
You must log in or register to reply here.
Share:
Facebook Twitter Reddit Pinterest Tumblr WhatsApp Email Link
Top