dilbert1 said:
As a bonus, on the way back home after our return flight we are on a bus waiting for the stop at which we are supposed to get off and transfer onto another route. Bus never gets onto the street where our stop is at, my friend approaches the driver to ask why he didn’t make that stop. Not sure what kind of day the driver was having but he simply shakes his head and laughs at my friend and doesn’t explain anything. After a long day of traveling (we live in the Pacific Northwest) my friend is not happy with the guy and is obviously insulted, indignantly explaining to the guy that he just wanted to know why we missed our stop. Driver continues to passive aggressively laugh at my friend at which point he returns to the seat next to mine to complain, I suggest we just get off at the nearest transit center to see if we can get some help figuring out how to transfer since typically the stop we missed is the only one at which to do so and transit website hadn’t mentioned anything. Some cow of a woman looks over at us and informs us that the stop has been closed for a week, “haven’t you heard? I don’t see how you wouldn’t have noticed,” as if there were no chance we, with all our luggage, were from out of town, or even hadn’t ridden this bus in this godforsaked shithole area off the side of the freeway for *over a week*. We stew in the parochial ignorance and lack of sympathy on this bus for a little longer until we reach the transit center. My friend walks up to the first employee he can find to figure out what we’re supposed to do, immediately the driver darts over to them and interrupts, saying my friend is an idiot who didn’t pay attention to where we were going, probably nervous my friend was issuing a complaint about his shitty attitude, when all we wanted was to get home. My friend instantly gets upset and makes some reference to the previous situation, they loudly argue for a moment, and the employee seems to either tacitly side with the driver or else evade the situation altogether and ceases to help my friend. We ask around and eventually figure out what to do, a bit of walking but it certainly wasn’t very complicated or commensurate to the supposed mistake these miserable people seemed to think we had made.
Click to expand... 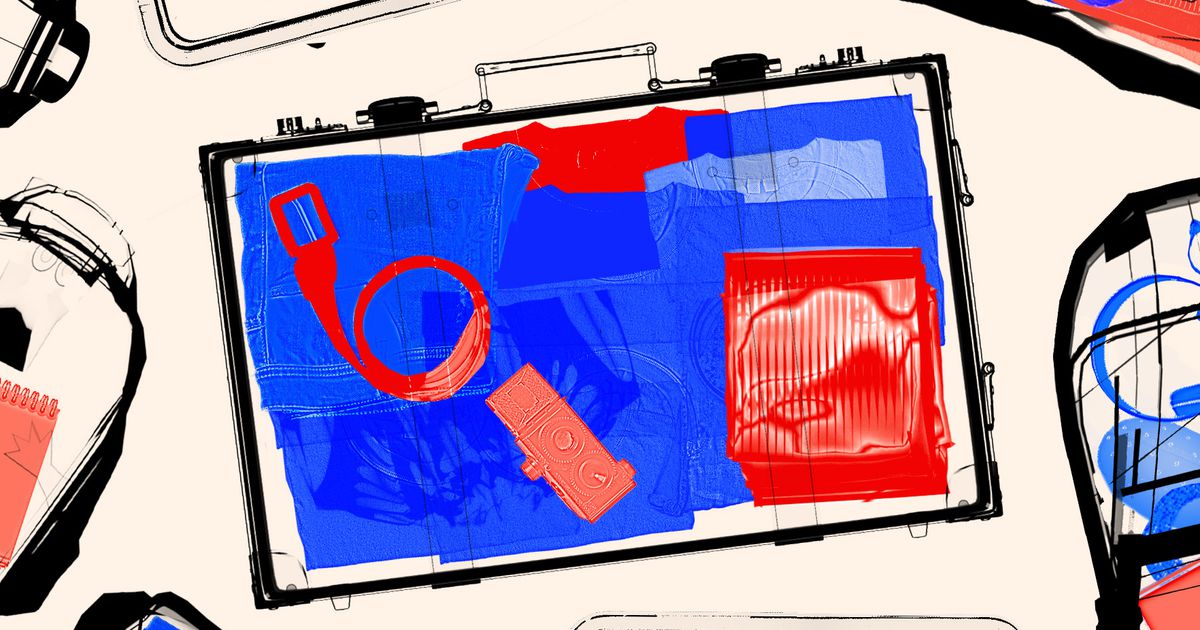 The Humiliating History of the TSA

Two decades of pat-downs, and there is little evidence that we are any safer.

People cry at airports all the time. So when Jai Cooper heard sobbing from the back of the security line, it didn’t really faze her. As an officer of the Transportation Security Administration (TSA), she had gotten used to the strange behavior of passengers. Her job was to check people’s travel documents, not their emotional well-being.

But this particular group of tearful passengers presented her with a problem. One of them was in a wheelchair, bent over with her head between her knees, completely unresponsive. “Is she okay? Can she sit up?” Cooper asked, taking their boarding passes and IDs to check. “I need to see her face to identify her.”

Soon, Cooper was joined at her station by a supervisor, followed by an assortment of EMTs and airport police officers. The passenger was dead. She and her family had arrived several hours prior, per the airport’s guidance for international flights, but she died sometime after check-in. Since they had her boarding pass in hand, the distraught family figured that they would still try to get her on the flight. Better that than leave her in a foreign country’s medical system, they figured.

The family might not have known it, but they had run into one of air travel’s many gray areas. Without a formal death certificate, the passenger could not be considered legally dead. And US law obligates airlines to accommodate their ticketed and checked-in passengers, even if they have “a physical or mental impairment that, on a permanent or temporary basis, substantially limits one or more major life activities.” In short: she could still fly. But not before her body got checked for contraband, weapons, or explosives. And since the TSA’s body scanners can only be used on people who can stand up, the corpse would have to be manually patted down.

Her colleagues checked the corpse according to the official pat-down process. With gloves on, they ran the palms of their hands over the collar, the abdomen, the inside of the waistband, and the lower legs. Then, they checked the body’s “sensitive areas” — the breasts, inner thighs, and buttocks — with “sufficient pressure to ensure detection.”

Only then was the corpse cleared to proceed into the secure part of the terminal.

Not even death can exempt you from TSA screening.

Stains from Builth Wells, royal maroon what what, sun came out and missed everything bs related. Only way, too many views to behold, even got lost near a village called Aberedw @craner 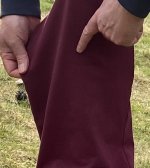 Driving into town to meet the owner of In Bloom bar I stopped for petrol on the outskirts and I was approached by this guy with his wife and young daughter and he said "Can you give us a lift, my car got a flat and we're gonna miss our flight" - my first reaction was "Fuck no" cos I was late and I didn't want these randoms with their luggage in my car. They were walking dejectedly away when I remembered this thread and how shit it is missing your flight, I felt sorry for them and in a moment of weakness I said "Fuck it, get in it's just down the road".

But I didn't think of that at the time and they were reqally grateful through the whole - three minute long - journey. Also, when I finally did get into town and parked, I found 20 euros on the dashboard which I guess was a "thank you" - quite nicely done cos if he'd offered to pay me I would have had to pretend I didn't want it and it would have been awkward etc

So, this thread earned me 20 (fuck all that virtue is its own reward shit) and helped some people catch a plane I suppose... although I can't help thinking there was more to this, some reason they wanted to arrive in a strange car rather than an Uber. Could they have been hiding from someone maybe? If it was a scam of some sort I wasn't the victim... and I think I would have heard by now if they had blown up a plane.

@IdleRich you've earned KARMA points, a step closer to falling off the wheel of Samsara, respect!

IdleRich said:
Thanks man... money was preferable to the karma.
Click to expand...

short term thinking, but you've racked up the karma points, so that's allowed

I know if the worst comes to worst that I'm reincarnating as a human, because some Tibetan Monks told me so, just because I heard them do a chant / mantra and they said "now you've heard that mantra, you're guaranteed to come back as a human"

IdleRich said:
Thanks man... money was preferable to the karma I have to say.
Click to expand...

@IdleRich I can't find the thread you started about public domain lyrics, but this reminds me of the reggae standard stock phrase of: