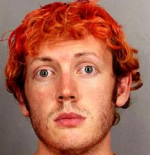 I dominated the court today. Next stop greenwich

did mvuent trip over his shoelaces?

He did I'm glad you asked. Split his pants too

when we arranged the first Dudes Meetup my #1 surefire too big to fail prediction was “gus and linebaugh get in heated, banter-y 1v1 pickup basketball game while mvuent refuses to join and wanders aimlessly around the surrounding landscape” and today that finally came true

mvuent said:
when we arranged the first Dudes Meetup my #1 surefire too big to fail prediction was “gus and linebaugh get in heated, banter-y 1v1 pickup basketball game while mvuent refuses to join and wanders aimlessly around the surrounding landscape” and today that finally came true
Click to expand...

Had I been there, we'd have wandered together, while those boys did their boy stuff.

the nice thing about the dudes is they are all totally distinct american archtypes with no real overlap. in that way it is like the breakfast club or saved by the bell.

luka said:
the nice thing about the dudes is they are all totally distinct american archtypes with no real overlap. in that way it is like the breakfast club or saved by the bell.
Click to expand...

luka said:
Oh no! Stan was the greatest character in the whole history of this sitcom.
Click to expand...

Clinamenic said:
Love you @luka , just wanted to say that, after 4 beers, 2 whiskeys, and 1 beer.
Click to expand...

It takes his mother me a lot more than that

woops said:
It takes his mother me a lot more than that
Click to expand...

You don't see any typos from me, do you?

Maybe my love for Luke stands before even one beer, have you thought about that @woops ?

Clinamenic said:
Love you @luka , just wanted to say that, after 4 beers, 2 whiskeys, and 1 beer.
Click to expand...

Extracts from this book about Raoul Moat, concerning his training regime when he was serious bodybuilding. So it's written in a slightly odd style, as though you are him, in case that's confusing

... you used to eat rabbit all the time when you were training properly. Rabbit curry. Rabbit pasta. Rabbit sandwiches. Rabbit and peas. Rabbit's an excellent source of protein and it was essential when you were huge, much bigger than you are now.

You lost a lot of weight in the past few months particularly. You've not half lost a lot of weight. Part of that's jail, because you've got your meal times in there now. and they're pathetic. The food's fucking horrible. You don't get enough of it. You get no protein. But a lot of it's the stress too, and also it's harder in the gym when you get older, like in the past few years you've just been lifting a few weights to keep yourself looking nice for Sam and kids, because the kids like their dad to be muscly, but nothing like when you were on the doors at your peak and looked the part.

Women loved it. The problem is, to look like that you need to treat your body like a machine, and if you treat your body
like a machine it'll break like a machine, so there were problems, like joints and tendons, and you lost an inch off your
spine from doing ridiculous deadlifts, three hundred and fifty kilos. You're six-three now, but you used to be six-four, and it was deadlifts that took that extra height off. You were gutted when you found out, which is why you backed off from that a
bit. Actually, one of the worst things was the hunger pains. One week you'd have eight thousand calories per day, then you'd read some research and drop down to a strict fifteen hundred calories per day, and it was permanent worrying about strength gains, because it's hard to get big. People think it isn't, but it is.
It's easy to make gains of five per cent, little gains like that, but when you're powerlifting and bodybuilding you're going for seven per cent, preferably ten, and that's not easy, not at all. Not
many guys can do what you did, and it was a constant puzzle, trying to make gains, trying to figure out why gains were stagnating, working out whether it was because of the movement restrictions of a particular machine, or if you weren't doing enough reps, or if you were tired from a lack of sleep or having sex the night before.

You tried all kinds of things to keep the gains going. You tried Testosterone Cypionate [600mg per week], which was a black-market counterfeit version that didn't seem very effective. You tried Ephedrine. You tried Nandrolone
Decanoate [600mg per week]. And what was interesting actually, was you found out you've got these high levels of natural
testosterone, which explained a lot of the problems you experienced when experimenting with steroids [you wrote in your training diary in 1997 that it caused you extreme anti-social behaviour and personality changes].

The other problem was your liver. You had these blood tests that showed your liver
was being overused, and that probably could have been the steroids, which is why you laid off it for periods, to cleanse your system and allow hormonal functions to normalise. When you were off it you just used Creatine, to make sure the muscle didn't atrophy. The general public goes on about steroids, but they're a must for the classic bodybuilding ripped look. Unfortunately you always had problems with water retention, which
decreased your definition, so you'd try different dietary intakes to fix that, and basically the perfect diet is forty per cent protein, thirty per cent carbs and thirty per cent fat, but the timing of food is crucial to prevent fat storage, and actually, you can also split it thirty-three per cent protein, thirty-three per cent carbs and thirty-three per cent fats, but anyway, you looked puffy sometimes, in the face especially, but you read about this
Russian professor who had a theory that if you increased dietary fat you'd get more ripped, which you can remember having a
bit of a reservation about, thinking it might increase your testosterone levels, which would mean temper tantrums and rage occurring off as well as on courses of steroids, and there'd be more stress on the liver and kidneys, but you gave it a serious go.

The thing was though, a lot of the time these experiments increased
just made you feel even more fatigued, or when you upped your fat intake it would make you look ripped, but there'd be a
downside like a film of dietary fat over your body, which is why you'd experiment and try Gabba or Winstrol. Sometimes you worried it was making you ill, particularly if it was one you hadn't tried before. Like, you had flatulence and diarrhoea for a bit, or bloating, and at one point you suspected you had a digestive disorder. And you had this weird burning sensation behind your nipples, and hard lumps, which was a definite cause for concern, and that's why you switched to Sustanon...
Click to expand...

catalog said:
Extracts from this book about Raoul Moat, concerning his training regime when he was serious bodybuilding. So it's written in a slightly odd style, as though you are him, in case that's confusing

that thought process seems pretty dead on, i don't do it myself but know people who do, and the interesting thing about it is the amount of theory, and the amount of experiments on your own body. i had always thought this stuff was mostly about exercise but part of the attraction, or at least one hook in the obsession, is the ideas and experiments themselves
C

Endless tinkering with the machine

its potentially intoxicating when you can. i did sum pumping iron in my thirties that changed my shape forever. and i did it for about 30 days. its mega easy. and its interesting.
C