God in the pavements

it was quite difficult - he had this northern irish guy there, older than us and also really well built and muscular, could not understand him very well. he had two massive very scary dogs, i can't remember what breed, some type of murder dog. and they were properly staring at me and he was like 'don't worry', they're fine' and playing really rough with him. he was telling me they use dto be used in circuses to work with lions and he had to say 'lions' about 5 times before i could understand what he was saying. the guy i knew, he was trying to get this irish guy to appreciate jungle, and the irish guy was getting increasingly more annoyed and saying to him to 'turn that shit off before i get angry' and it just being a very on top situation cos everytime he got angry, the dogs looked primed to go for someones throat.

Had one of them. Bloke's nickname was Wemmer, schizoid-y casual who sold gear and roids.

Ended up phoning him one awful Monday morning after a hard weekend. Any port. Myself and a mate took a taxi, he answered the door in these white briefs and slippers, still early. Get inside and one of his football mate's was buying too. This other specimen had a bunch of pure black, thick-necked, bulge-headed Staffies and they were spraffing about walking through some woods looking for rabbits the night before (technically 'lamping', but without lurchers).

Buy the pub dust and more E's and two nerve testers double barrelled the lad i brought with me. First, in the middle of their rabbit killing expedition nostalgia, the dealer's mate drops in 'when i heard the cunt's (rabbit) neck crack, i got a bit of wind in him', like nothing else irregular was with that. My own companion glanced over with a terrified 'why are we here?' face. Dogs started moseying round his legs, sniffing his trainers. More rabbits? Then as the dust on the boner statement settled, dealer man turned to me, pointed at my mate and hissed 'this cunt doesn't say much, does he'. Poker face. 'Been at it since Friday, Wem, want anything from the offy?'. Out of there, rapid.

Still rip the piss about his face and the rabbit death-hunt boner Staffies.
C

in that situation, i would be similar to your mate and behave inappropriately and cause consternation. i've got better over the years, but i have a knack for saying the wrong thing to the wrong person, or just laughing as a way to ease tension. 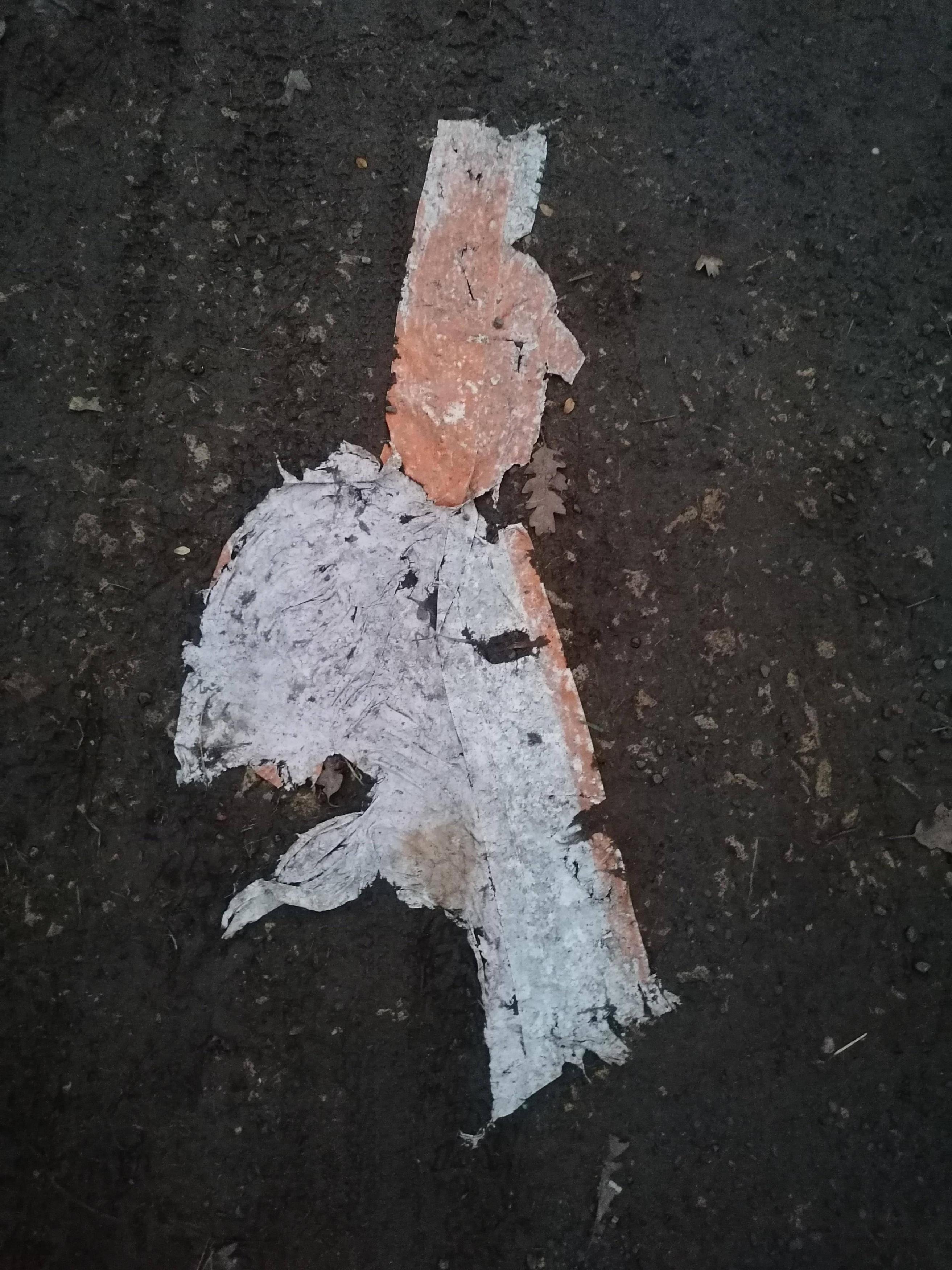 That's good like a lion in Zion. Me t post has to be a used condom or thread gets locked though
C

Good to see Neil back in the zone

looks like an old man in a white suit to me, ran over by a car.
V

Also looks like some sort of mask or helm. The hole an eye hole, the slit a mouth.
C

It's a brilliant one, sometimes you just get really lucky with these things, it's one of those. 1 in a 100

The pavement book I mentioned arrived. Its not like a pamphlet of photographs or something like I thought it could be, its a full on history of British paving stones. Excited to dig in
C

That actually sounds amazing. I did a lockdown project on paving stones, there's a few in the 'post your drawings' thread if yr interested eg https://www.dissensus.com/index.php?threads/15286/post-427227

And I had this vague plan to contact the paving department of Manchester City Council to ask them where they got them and so on.

Same stones all over the place, they must be called City heritage stone or something.

If you have any info from your book lemme know!

The paintings are great! Yeah I'll post some things from the book when I go through it
C 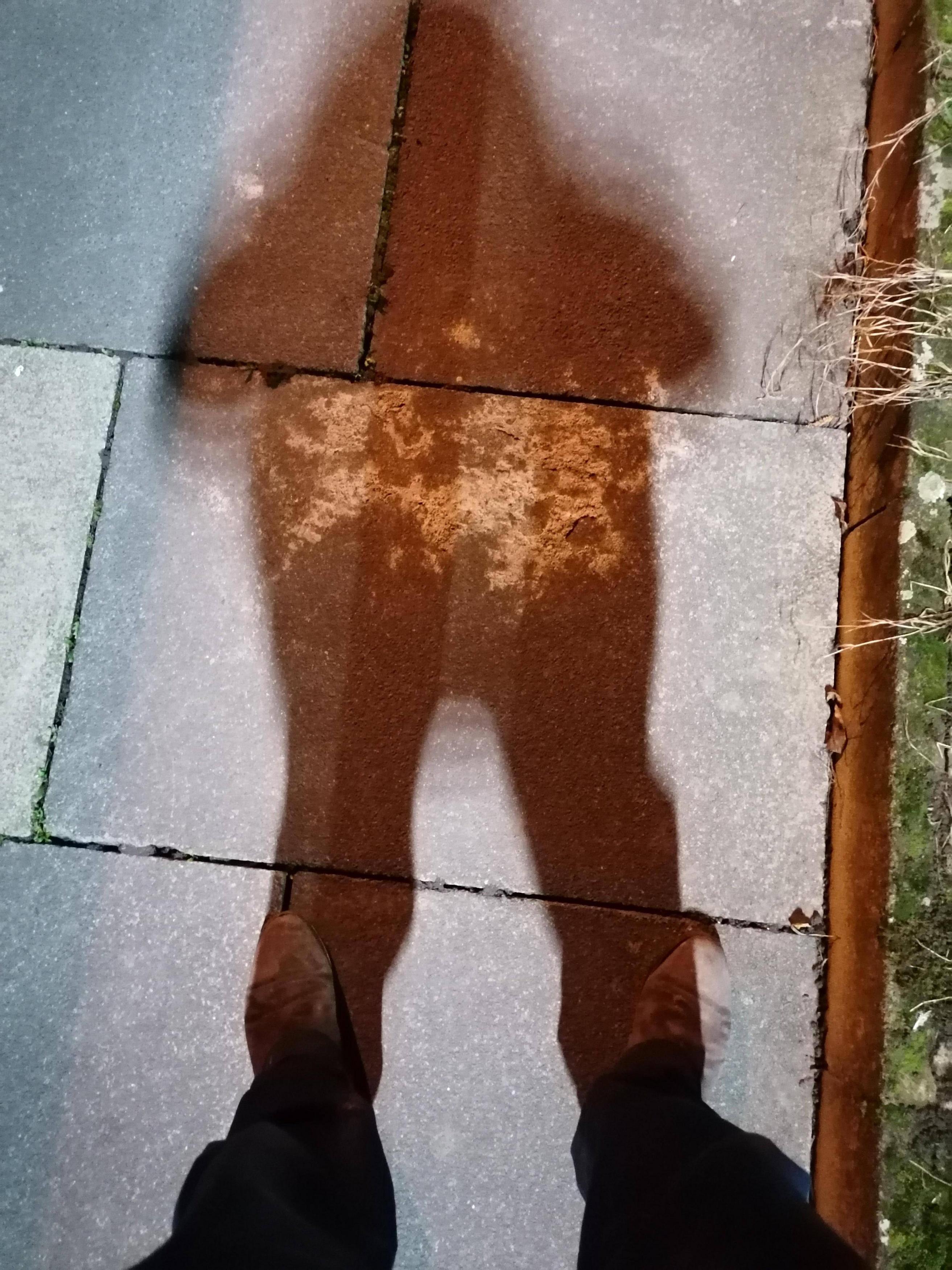 "If you look upon an old wall covered with dirt, or the odd appearance of some streaked stones, you may discover several things like landscapes, battles, clouds, uncommon attitudes, humorous faces, draperies, etc. Out of this confused mass of objects, the mind will be furnished with an abundance of designs and subjects perfectly new."
C 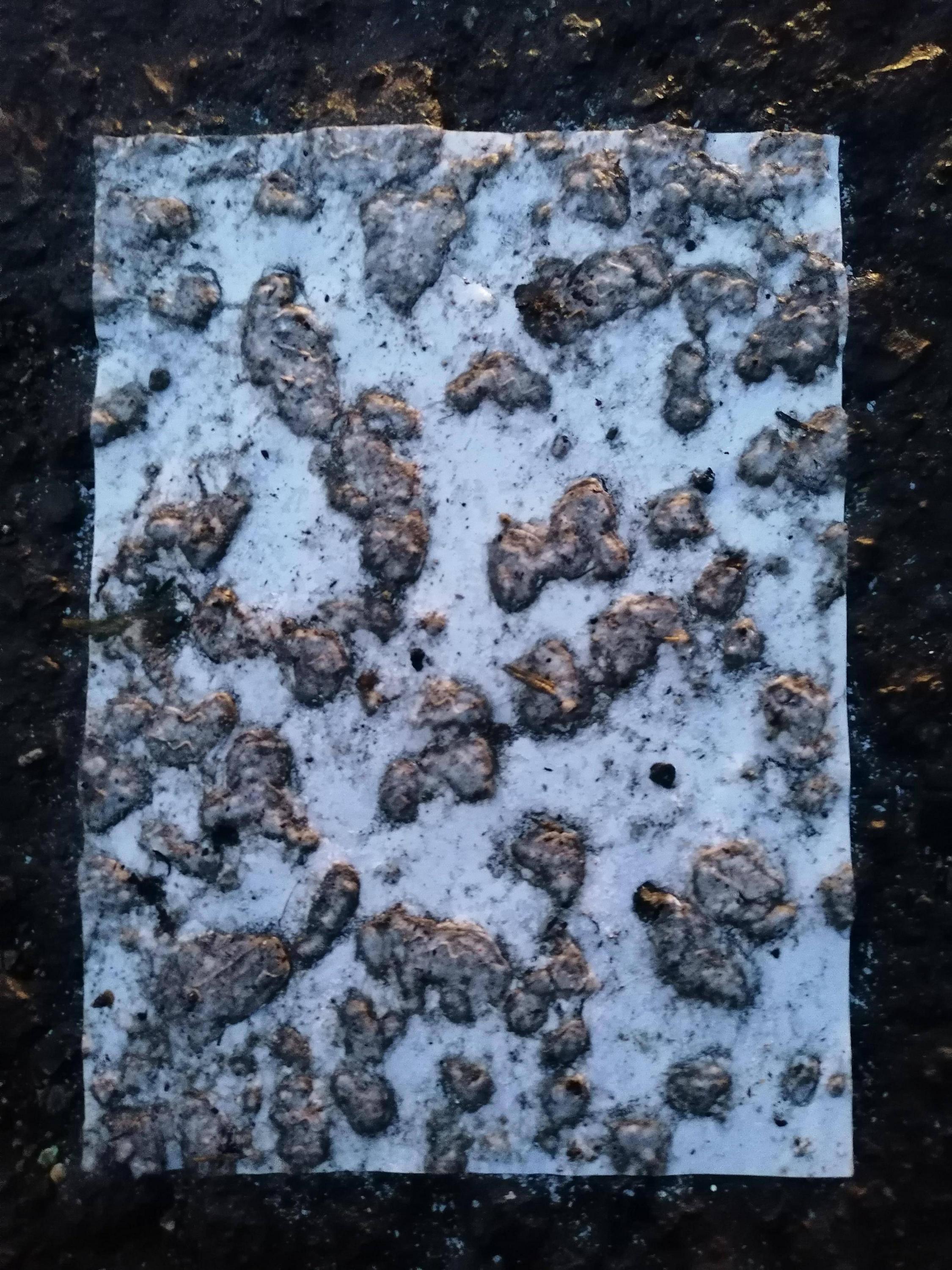