thats a true story by the way. i think it was the train to manchester. he was on a trip to meet the deputy director of the anthony burgess society
C

yeah that's the guy, kevin jackson. it's a good book that. might try track it down again.

luka said:
thats a true story by the way. i think it was the train to manchester. he was on a trip to meet the deputy director of the anthony burgess society
Click to expand...

actually it was the eurostar* and i was on my to give a concert.

KJ: I have the impression that Olson made a big impact on you.

IS: Very big impact. He became the major figure for me and a number of people, so that when we began publishing magazines, he was a kind of looming presence. We published sections from the Maximus poems. It was the sense of somebody - a very, very large presence, obviously, a drama of his own persona, a sense of somebody nailing down a sea town and opening it up to the world. And being pretentious students, the list of reading matter was very exciting, I loved all that.
C

there's a bit on prynne:

KJ: Suicide Bridge must surely be the first work of literature to pick up on the work of Stephen Hawking.

IS: Again, that's from [the poet] Jeremy Prynne. What happened was that, through these conversations I had been having with Prynne, my whole notion of who the Illuminati of the culture were changed completely. I realised that at Caius College at one point there's been Francis Crick, Stephen Hawking, and Prynne. When I once went to visit Prynne there was a typescript on his desk of Hawking's Large Scale Structure of Space-Time, which looked to me like an Egyptian manuscript. It was all hieroglyphics and symbols. Prynne was sort of translating this, working on it in some way. A poet doing this! The same person who had helped to edit and organise late Olson! I thought that this was very extraordinary, and realised that the worlds of science and literature were, at that point, engaged in an interesting dialogue, most of which was based on Cambridge.

Rupert Sheldrake came along, with his mystical take on Morphic Resonance, which I enjoyed very much. [Laughs] He acknowledges Prynne as well, in his book. And Prynne got Crick in touch with Michael McClure, say, and there was a real area of sympathy between what Crick was working on at the time and the sort of poetic that McClure was exploring - psilocybin demons of animals. It was a very, very intriguing time.

Human Universe There are laws, that is to say, the human universe is as discoverable as that other. And as definable. The trouble has been, that a man stays so astonished he can triumph over his ow…

Jeremy on Chinese telly. A must watch 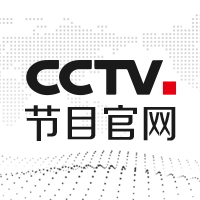 listen to it craner his opening speech references pounds fascism

i'm gonna link my soundcloud page and post these words

he starts playing Chinese rock music at about 18 minutes in

craner said:
I was going to write The Boredoms HA HA HA but then I remembered they were Japanese
Click to expand...