linebaugh said:
Will never get over the weirdness of baseball. It's like an extremely complex game of chance.
Click to expand...

one of the most incredible things: a guy manages to hit a ball traveling at nearly 100 mph with a stick, and the ball can then sometimes fly 450+ feet in the air.

A round stick at that. There’s a flat batted version here 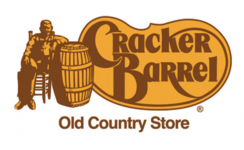 they still exist. still lots of crackers out there.

He's been cancelled now as a hideous abuser of women.

Probability he was molested as a child actor?

Shia has been cancelled too? We don't need a "Cancellations" thread, we need one called "Not Cancelled" which will be much shorter.
What crime did he commit that was deemed worse than the unity/community rhyme in the vid above?
W

IdleRich said:
Shia has been cancelled too? We don't need a "Cancellations" thread, we need one called "Not Cancelled" which will be much shorter.
What crime did he commit that was deemed worse than the unity/community rhyme in the vid above?
Click to expand...

he batters women and tries to run them over in his high performance sports car?

That does sound pretty bad. I hate this kind of grey area that has arisen where people who are accused of committing a crime, but who have not been proven guilty end up with an in-between half-guilty state. For me if someone tries to run someone over, even in a fairly shit car, that is a crime that ought to be punished with more than cancelling. It feels a bit like in football where the ref doesn't have the nuts to give a penalty so he does some sort of lame fudge such as an indirect free kick in the box or a direct one just outside, neither of which are an appropriate decision for what has occurred.
I guess this sort of thing has always been around but - as with literally every other thing int the world - it's become much more common, more noticeable and faster in the internet era. I don't know what the alternative is and I think that this "believe the woman (or the victim or however it's stated)" assumption is quite possibly a move in the right direction after it being biased way too far in the other direction for so long, though obviously it bring with it its own issues. I just feel the situation we have right now isn't really satisfactory. Although, when is it ever?
L

unrelated to Shia, there's the whole "guilty in the court of public opinion". sometimes they don't need to be actually charged and convicted, people can't unhear an accusation, even if it's eventually proved to be false.

Celebrities don't really go to jail, so there's that to factor in too. They sometimes lose jobs and income, maybe suffer a little public humiliation, but they aren't punished like ordinary people are.
W

version said:
Celebrities don't really go to jail, so there's that to factor in too. They sometimes lose jobs and income, maybe suffer a little public humiliation, but they aren't punished like ordinary people are.
Click to expand...

Unless they're black and living in America ( Wesley Snipes for example )

version said:
Celebrities don't really go to jail, so there's that to factor in too. They sometimes lose jobs and income, maybe suffer a little public humiliation, but they aren't punished like ordinary people are.
Click to expand...

Yes this is also true and that's why I am happy for the pendulum to swing over a little in that direction.
But what is weird to me is, suppose you have a person who is suspected or kinda internet accused of committing a murder and really (at least in my simplistic example which ignores things such as self-defence or any kind of partial involvement) there are two possibilities either they are innocent and it should go away, or else they are guilty and they should be jailed. But actually what tends to happen is that you get a kind of Schrodingers Murderer who is a sense fifty percent guilty. It's almost like a decision theory thing with gambling where we say that if there is a bet where you have a fifty percent chance of winning one hundred pounds, then the value of that bet is fifty pounds - that if someone offers you the chance to take that bet for forty quid then you should take it cos it's a "good" bet but if they want you to pay sixty then it's a "bad" bet (again, this is simplistic cos whether you should take it also depends on your circumstances - maybe you will die unless you have one hundred pounds at the end of the day in which case you need to take it whatever and so on - and really it's only true if you can play many times so that the expected value actually materialises and so on... but you know what I mean).
And I am not sure that you can apply this expected value probabilistic type of analysis to questions of this nature. But... then again, I do feel it's quite a natural thing to do and, in the absence of other ways of dealing with this situation (as far as I'm aware) i am not sure what else we can do. I mean, if somehow (another silly thought experiment) you were trapped overnight in a locked house with this person then you would apply a kind of fifty percent trust to them I think... when they passed you a drink they had made for you or if you needed to climb down a rope they were holding you would hesitate right?

"we're watching two muscle marys pretend to fight in front of a baying crowd... in Saddam's former palace... but this is not a luxurious palace, possibly because the baying crowd have blown it to fuck"