There's nothing like hearing the best song you've ever heard. It happens maybe 4 times a year

This is easily one of my favorite pieces of jazz ever. At less than a minute, it could have been a tantalizing slice of things to come... if there was any more material available. But guess what, there isn't (almost,) The story goes that they were a known entity on the Bay Area jazz scene and Steve McQueen caught them playing in a restaurant during the filming of Bullitt. He managed to convince the director to put them in the movie and what a great little piece of magical serendipity. It's one of my favorite scenes in the film. Not just for the group, but the way they, the actors and the whole mise-en-scene of the hip SF restaurant stir up this thick wooly 70s vibe that has the viewer yearning to be there. They were called Meridian West, and with very little info available online, this clip is about as good as it gets. They do have a website that promises unreleased recordings to be put out, but I think I first saw that maybe 7 years ago and nothing has materialized thus far. There are 2 more pieces on youtube, both enjoyable but not quite as exhilarating as the one from the above clip, but, certainly good enough to make me want to hear the rest of what they have stashed away somewhere. Hopefully digitally at this point. Otoh, there's something great about a bit of musical mystery like this. A single strand of the great web of musical history lost to time. Like those anomalous dance 12s from bitd where the artist released that one amazing thing and then disappeared forever. 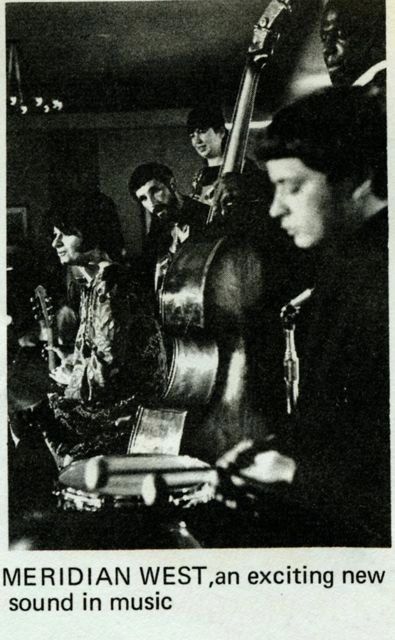