That's a good quote Rudewhy. Did you see the 'Interesting Ethnic Folkways' thread? That was our attempt to talk through these very themes. https://www.dissensus.com/showthread.php?t=14846&highlight=Ethnic
C

Mr. Tea said:
Sure - how many English nationalists make a point of avoiding curry, pizza, (American) hamburgers, (Sephardic) fish and chips, Dutch/Belgian/German lager, etc.? Not too many, I expect.
Click to expand...

I am reminded of a joke from The New Statesmen - some Frenchie points out 'The English do not have a cuisine. They have brown sauce'. The English breakfast is pretty much the only thing they can hang their hat on, and the people of Ireland and Scotland would snort at that.

Budapest does have a lot of food, including overpriced 'Best Goulash soup in Town' for the tourists (well obv they're not open, those places aren't exactly going to do a roaring takeaway trade). But as much as I actually like Hungarian food, it's hardly special: my gf made a very nice potatoes with sausage in tomato sauce but I found a pretty much identical Spanish recipe online (it even featured dill).

luka said:
Did you see the 'Interesting Ethnic Folkways' thread? That was our attempt to talk through these very themes. https://www.dissensus.com/showthread.php?t=14846&highlight=Ethnic
Click to expand...

No, I completely missed this thread - thanks for pointing it out

You love the news version. Absolutely love it

I just saw it on the front page of Reddit and thought it was worth posting. I do glance at Reuters headlines a few times a day though. It's almost unconscious at this point.
C

It is customary to say that culture is a battlefield. Today, when we look west, we see this and react with horror. But here in Hungary, and especially for György Fekete, this struggle means something different. It is a struggle we never fight against others, but always for ourselves. We Hungarians want an alliance between national commitment and autonomous artistic aspirations – as he expressed it in the credo of the Hungarian Academy of Arts. György Fekete understood that in our culture in this part of the world, truth, beauty and goodness have formed an alliance in opposition to the forces of evil and massive disruption. Blessed is the country which has had such sons, which has them, and which will have them. It is our task to raise thought, will, work and works to their fitting place. Indeed it is our task to do even more: to carry them forward in institutions in a worthy form and order, so that the cultural achievements of the Hungarians can be built ever higher – up towards the sky. The life of György Fekete reminds us that Hungarian culture is the creative and sustaining force without which it is impossible not only to survive, but even to live. And perhaps it would not even be worth living. But if we root ourselves in it, if we take nourishment from it, if we draw inspiration from it, if we allow it to unfold, we will not only survive, but we will regain – and even enrich – everything that those before us have left us.
Click to expand...

One thing I will say about Orban is that he actually has a notion of high(ish) culture being central to the Hungarian way of being.

Boris Johnson has stated his favourite book is The Iliad, which he would have studied at University. I understand he read TinTin in hospital.

It's become kitsch though hasn't it, this anachronistic notion of high culture

It's all over Twitter. Teenage reactionaries posting pictures of some Cellini gold-work or a gothic cathedral.
C

Possibly, but for the most part in Britain you get called a cultural elitist if you dare suggest that binge-drinking down the pub isn't at least equal to anything else. The pub is the cathedral.

Not that I'm against the pub, but it's somewhat transcendental place in the British culture (for example, it's where the po-po go in Life On Mars once they've done their time in purgatory) is I think slightly unique.

High culture, and I say this as a very famous and serious poet, has become a token of allegiance to a 'European Identity'

It's about Our Glorious Heritage, something we should probably be prepared to die for, or at least kill for.

It's definitely problematic, but it a less vacuous form of ur-Fascism than that proffered by those in control of the UK. 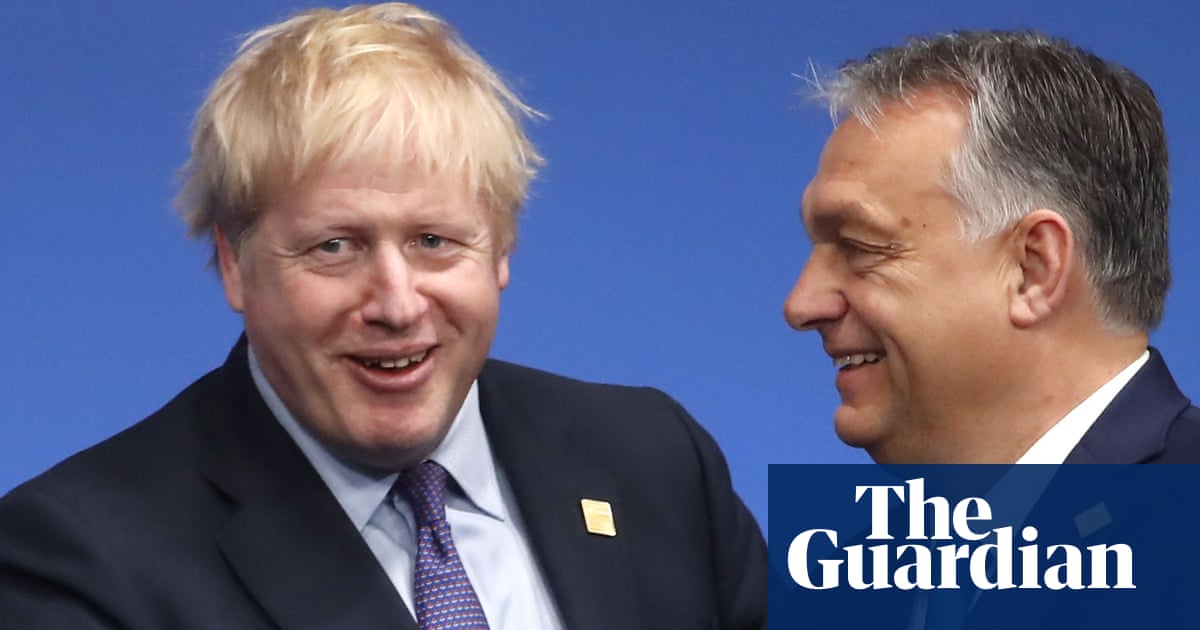 Boris Johnson to welcome the Hungarian prime minister, a fierce critic of Joe Biden and ally of China

This is highly insightful.