2023 would be 50 years since the publication of GR, plus he started writing it well before then and it wasn't his first novel, but the tweet's close enough to raise an eyebrow.
S

Naw a friend passed it along.

Had no idea this PTA film was happening. What a weird turn for him. And what's with all these prestige directors turning toward the 70s? You have Tarentino, Franzen.
S

Is it just middle-age nostalgia

or did something fishy happen in 1972
C

Which prestige director is Franzen?

suspended said:
Naw a friend passed it along.

Had no idea this PTA film was happening. What a weird turn for him. And what's with all these prestige directors turning toward the 70s? You have Tarentino, Franzen.
Click to expand...

or did something fishy happen in 1972
Click to expand...

re: PTA specifically - He grew up in the San Fernando Valley in the 70s and that's when and where the film's set, plus he's said a bunch of the stuff in it is based on things which actually happened to people he knew, that the title - Licorice Pizza - was the name of a record store he used to go to and so on;

"In the San Fernando Valley in 1973, teenager Gary Valentine meets Alana Kane, a young woman in her 20s and photographer's assistant, at his high school on picture day. They become friends, start a waterbed company together, audition for films, and get involved with Joel Wachs' mayoral campaign. They navigate a changing time politically and culturally while also dealing with a gas crisis. Valentine and Kane's journey lead to them interacting with figures of both Old and New Hollywood, including Jon Peters and Jack Holden (William Holden)." 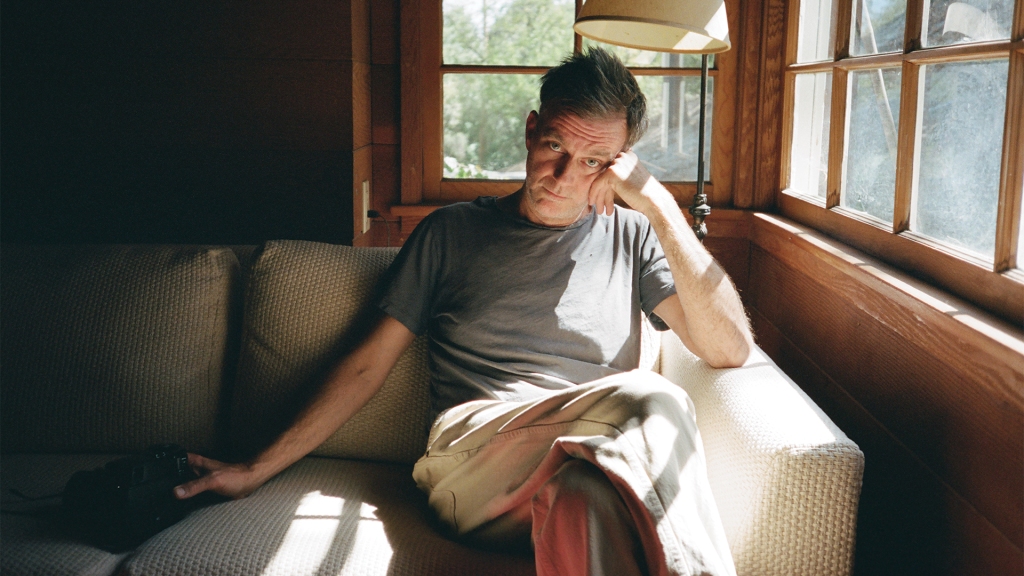 Paul Thomas Anderson on ‘Licorice Pizza’ and Moviemaking: ‘Anyone Who’s Done This Knows That Confidence Is an Illusion’

Paul Thomas Anderson, chronicler of the dark heart of America in films like “There Will Be Blood” and parties that stretch to near dawn in “Boogie Nights,” is a morning person. He’s up by 5, in bed…

A very long time ago I was walking around my neighborhood, and I passed Portola Middle School. It was picture day, and I saw this very energetic teenager flirting with the girl who was taking pictures. It was an instantly good premise. What happens if you have a kid invite an older woman to dinner, and what if that girl against her better judgment says yes? That seemed ripe for humor. That didn’t go anywhere, but then I had a friend who grew up in the San Fernando Valley. He was a child actor who got involved in the waterbed business. And he told me all these stories, and each one was more wonderful than the last. Like there was this time he’d appeared in the movie “Yours, Mine and Ours” with Lucille Ball, and he was on his way to New York for a publicity tour and needed a chaperone. He ended up hiring a burlesque dancer who lived in his neighborhood to take him. And Lucille Ball was on her second marriage to Gary Morton, and she used to scream “Gary!” all the time. That was my friend’s name, so he’d think, ‘Holy shit, she’s yelling at me.” But she was screaming at her husband.

Is that friend Gary Goetzman, the producer and business partner of Tom Hanks?

He appeared in “Yours, Mine and Ours” as a child actor. I can’t remember at this point if I’m trying to pretend that it’s not Gary’s story, but fuck it, it’s him.

“Licorice Pizza” takes place in the San Fernando Valley. Why do you set so many films there?

Comfort. Joy. I like the way it looks. I like the way it tastes and smells. I don’t know beyond I love it. Do I wish I had more range? Yes, I do. I was writing another story. I was deep into it and I was distracted by the pull of this one, and of course there’s a moment where you go, “Are you really going to make another film in Los Angeles in the ’70s again? Don’t you think you’ve done that?” Then you ignore that voice, and you swat it away like a fly.

Benny B said:
You can't beat standing alone looking out to sea for thinking about life and stuff.
Click to expand...

you got it a lot in Home & Away. Shane (for instance) standing alone on the beach and brooding, hurling stones into the surf as the sun starts to go down

theres something about pynchon that reminds me of prince. he's not really writing so much as he is doing an arch impersonation of writing just as prince doesn't make music but does an almost perfect recreation of music, delivered with a wink

in Mason & Dixon there is zero attempt to recreate the prose of the 18th century. it's just Pynchon with the nouns capitalised

luka said:
in Mason & Dixon there is zero attempt to recreate the prose of the 18th century. it's just Pynchon with the nouns capitalised
Click to expand...

Yeah, that and he censors the word "Devil".

@version I finally finished Gravity's Rainbow, after around 2 years of off-and-on reading. Plowed through the last 30 pages just right now.

I was able to get into its rhythm after around 300 pages, once I started approaching it like a riff, a spontaneous and maximalist rhapsody. From then onward, all of the tangents and offshoots seemed natural.

I really liked how hammy it was.

Here are the notes I took throughout it, which lessened once I realized that I needn't make my own index, seeing as I could instead simply ctrl+F through a PDF: 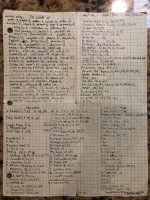 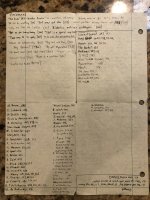 I also admired how it seemed to collapse pretty much the whole span of human culture and knowledge into what essentially amounts to an 800-page dick joke.

Also loved some of the apparatophile limericks:

There was a young fellow named pope,
Who plugged into an oscilloscope.
The cyclical trace
Of their carnal embrace
Had a damn nearly infinite slop


There was a young fellow name Yuri,
Fucked the nozzle right up its venturi.
He had woes without cease
From his local police
And a hell of a time with the jury.

There once was a fellow named Slattery
Who was fond of the course-gyro battery.
With that 50-volt shock,
What was left of his cock
Was all slimy and sloppy and spattery.

The last chunk, right before the California part, kinda reminded me of Ulysses, with the tarot-themed launch phases.

The bit about Weissmann's tarot - "If you're wondering where's gone," - has haunted me for years now.

If you’re wondering where he’s gone, look among the successful academics, the Presidential advisers, the token intellectuals who sit on boards of directors. He is almost surely there. Look high, not low.

His future card, the card of what will come, is The World.

I made a lot of notes on that very last bit as well, the tarot vs rocket bit. That's where it all came together for me.

The countdown as we know it, 10-9-8-u.s.w., was invented by Fritz Lang in 1929 for the Ufa film Die Frau in Mond. He put it into the launch scene to heighten the suspense. "It is another of my damned "touches,"" Fritz Lang said.

"At the creation," explains Kabbalist spokesman Steve Edelman, "God sent out a pulse of energy into the void. It presently branched and sorted into ten distinct spheres or aspects, corresponding to the numbers 1-10. These are known as the Sephiroth. To return to God, the soul must negotiate each of the Sephiroth, from ten back to one. Armed with magic and faith, Kabbalists have set out to conquer the Sephiroth. Many Kabbalist secrets have to do with making the trip successfully.

"Now the Sephiroth fall into a pattern, which is called the Tree of Life. It is also the body of God. Drawn among the ten spheres are 22 paths. Each path corresponds to a letter of the Hebrew alphabet, and also to one of the cards called 'Major Arcana' in the Tarot. So although the Rocket countdown appears to be serial, it actually conceals the Tree of Life, which must be apprehended, all at once, together, in parallel.

"Some Sephiroth are active or masculine, others passive or feminine. But the Tree itself is a unity, rooted exactly at the Bodenplatte. It is the axis of a particular Earth, a new dispensation, brought into being by the Great Firing."

There's the stuff about the two Rockets as well,

" ... Manicheans who see two Rockets, good and evil, who speak together in the sacred idiolalia of the Primal Twins (some say their names are Enzian and Blicero) of a good Rocket to take us to the stars, an evil Rocket for the World's suicide, the two perpetually in struggle... "

version said:
There's the stuff about the two Rockets as well,

" ... Manicheans who see two Rockets, good and evil, who speak together in the sacred idiolalia of the Primal Twins (some say their names are Enzian and Blicero) of a good Rocket to take us to the stars, an evil Rocket for the World's suicide, the two perpetually in struggle... "
Click to expand...

Gravity's Rainbow works with this numerology and Kabbalah stuff largely because of how much material there is to make connections between. Its almost like these metaphysical techniques need a largely enough subject matter for their whole range of connections to play out. If the subject matter isn't extensive enough, you're just left with an arbitrary looking half-constellation.
You must log in or register to reply here.
Share:
Facebook Twitter Reddit Pinterest Tumblr WhatsApp Email Share Link
Top