Had cuttlefish yesterday, we were in Setubal and it's their big thing. Graffiti of cuttlefish everywhere and a big statue of a cuttlefish running away from a pan.

luka said:
Last time i saw woops he was moaning about being in Portugal and having a Portuguese trick him into eating cuttlefish
Click to expand...

I think the cuttlefish has more to complain about tbh.
C

This is one of the plates from Max Ernst's really good surrealistic novel 'Une semaine de bonté' which can be borrowed for free from Archive.org if you have an account. 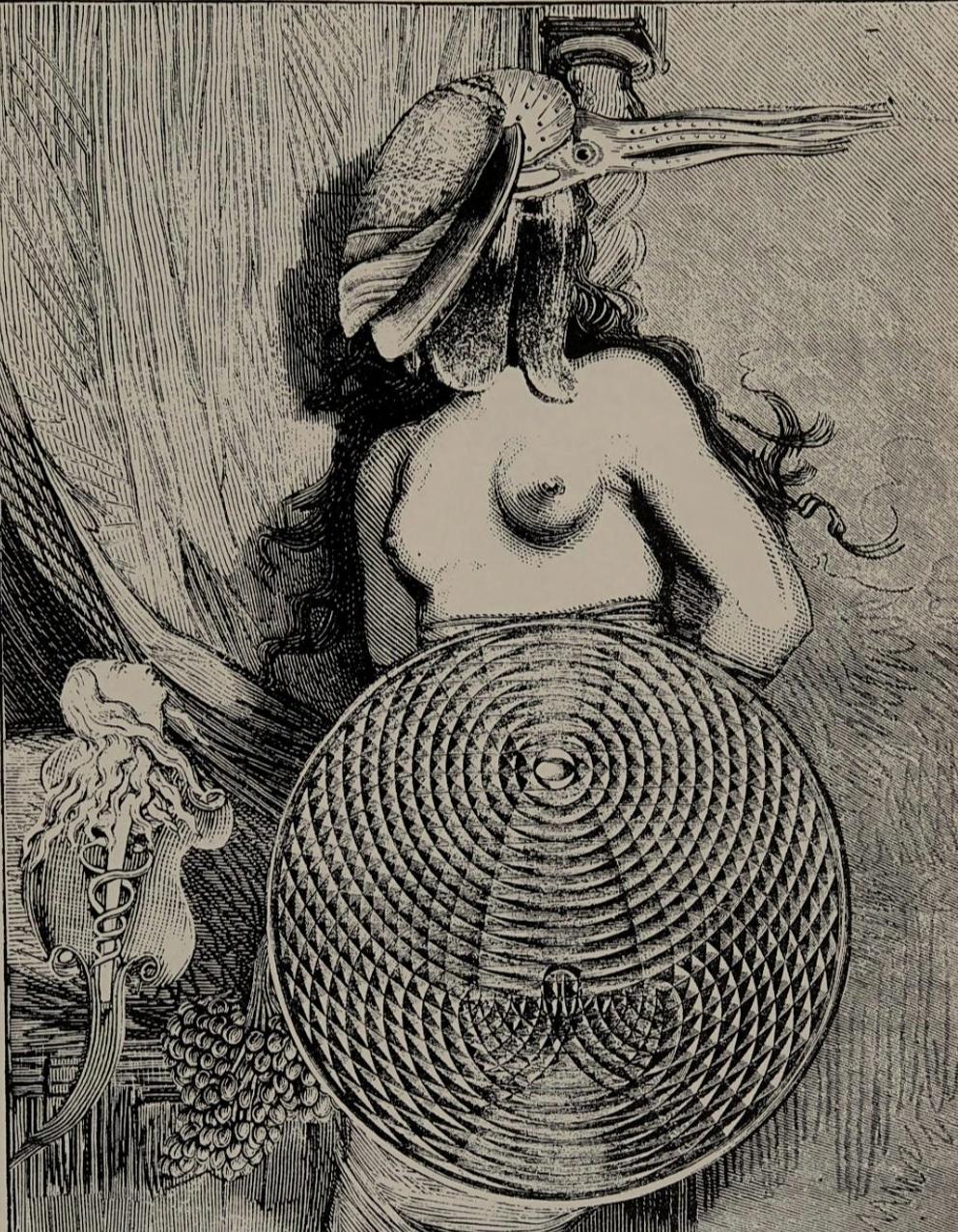 This is pretty cool: 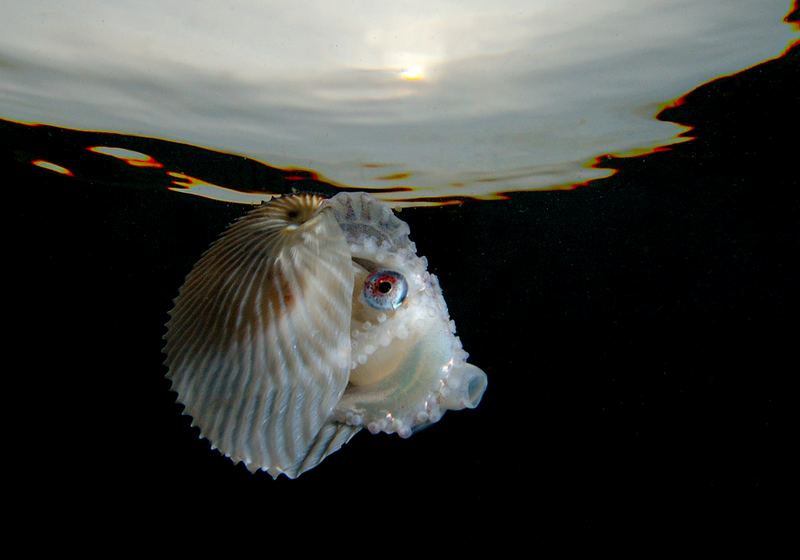 Version, thanks for making them a thread.
Good for humans to imagine, think and ponder on ' just how smart ' are these excellent creatures.
It is about time we caught up with the current info we by now have on them -
and act to take a bit better care about our fellow creatures.

The issue goes right to a thing i positively hate about some ways of living -
the idea that because a human can go out and fish / hunt / bring their cattle to overgraze and that just 'taking' er, ' harvesting ' animals as food is fair, 'good' or good karma.
Esp. thinking of the overfishing and mind behind the ' the ocean ( and everything in it ) is our's to plunder and take , take take.

Cue the Nietzsche quote about humans and animals ! Who among us can be totally sure they have not had sex with an octopus?
Click to expand...

I learned the french word for octopus

‘The Angriest Octopus’ Lashes at a Tourist on an Australian Beach

Holding both his 2-year-old daughter and a phone that was set to record, Lance Karlson saw the octopus and the sea gull sizing each other up.

If you ever have occasion to see an octopus lurch toward you, constricting for a brief moment before unfurling its deceptively long arms in a sudden snap, your reaction might be stronger than that of Mr. Karlson, who was on vacation with his wife and daughter on March 18 in the town of Dunsborough, in southwestern Australia.

“Oh, golly,” he said, with little apparent panic at the near miss.

He regretted that subdued reaction, he said in an interview on Friday, as soon as he posted the video of the octopus on Instagram, a post that would later attract viewers far and wide and international media coverage.

“Oh that sounds so cheesy, almost British,” he said. “But I’m glad I did. I had my daughter in my arms, so I wasn’t going to swear.”
That, unfortunately for Mr. Karlson, was not the end of his story with the creature that he called “the angriest octopus.”

Lightly amused by the interaction but ultimately unfazed, Mr. Karlson, a 34-year-old geologist from Perth, returned to his wife and set up a tent before putting on his goggles and returning to the water about 20 minutes later.

About 30 meters out, he noticed a pile of crab shells piled neatly together. He dove underwater to take a look, and he remembered a documentary that he had watched in which he learned octopuses tended to pile up crab shells.

And then: thwhack. Whipped right across the arm.

Thwhack again. This one got him on the neck and down the upper back.

The water became murky, and his glasses fogged up. He was in a state of shock but made his way back to the beach, he said. He believed he had been smacked by the octopus.

The pain wasn’t too bad, he said. The whipping sensation felt like a wet towel, and he has experienced worse stings from Bluebottle jellyfish, he said.

Still, he thought it was best to pack up the tent and return to their resort to monitor the lash, which left clearly visible red marks, and make sure it didn’t get worse, he said.

As a volunteer lifeguard for many years, he would normally suggest the sting be treated with vinegar, he said. But since there wasn’t any available at the resort, they were forced to improvise with another acidic substance: His stood in the bath while his wife poured soda down his back, he said.

“The stinging sensation went away almost instantly,” he said.

Judit Pungor, who researches octopuses at the University of Oregon, suggested that Mr. Karlson may have coincidentally been struck by “one of the many stinging, tentacled, jellyfish that are abundant in Australian waters.”

Octopuses, she said in an email, “do not have venom in their suckers, and any venom they do have (in their bites, not on their arms) would not be alleviated by pouring something acidic over it.”

The animals, which are usually solitary, have been captured on video winding up and punching fish, however. Peter Ulric Tse, a professor of cognitive neuroscience at Dartmouth College who studies octopus cognition, said they “can express what we would call aggression when they feel threatened or when they feel their territory is under threat,” he wrote over email.

“My guess is that the octopus here is sending a warning meaning ‘back off,’” he said after watching Mr. Karlson’s video. “Octopuses will lunge or shoot an arm out when they feel a fish, another octopus or a human is in their space. I think this is often pre-emptive aggression, meant to signal ‘don’t mess with me,’ rather than aggression seriously meant to harm the ‘invader.’”

He suggested the whipping behavior might even be “playful.”

Since being bludgeoned by the octopus, Mr. Karlson has experienced the ups and downs of a viral video, including mean comments from strangers on Instagram and phone calls from reporters around the world.

His main hope now, he said, is that his story is taken with good humor and not used to sow fear of octopuses. He plans to go back to the same beach and swim in the same water, he said.

“I’m a little bit nervous octopuses are potentially being given a negative connotation,” he said.

People should, he said, “give some love to these beautiful creatures and not treat them with disdain.”
Click to expand...

Octopuses, crabs and lobsters to be recognised as sentient beings under UK law

Octopuses, crabs and lobsters will receive greater welfare protection in UK law following an LSE report which demonstrates that there is strong scientific evidence that these animals have the capacity to experience pain, distress or harm.
Click to expand...