Replying to
@UncleShukura
and
@FBI
Saudi Arabia stands with the blacks against racism, you must stand with the Muslims against racism and demand the freedom of Khaled Al-Dosari #Justiceforkhaled9 Khaled is a Muslim, not a terrorist
1:44 AM · Jun 27, 2020·Twitter for iPhone
9
Retweets
35
Likes

#JusticeForkhaled9 all the way from

luka said:
i feel sorry for the palestinians who keep hoping BLM will notice them but its never going to happen
Click to expand...

It's a good game this. Criticise BLM for not saying anything about Palestine. Then when they do:

then when people mention that people from West Papua have spoken at BLM events they are criticised for not having enough prominence etc etc.

Matt Lucas might have a point about the bit about people being gagged about criticising Zionism. But to play my round in this game, I have yet to see anything from him about blacking up in the noughties for Little Britain. So round and round we go.

Little Britain had atrocious depictions of women. Ting Tong? There are jokes and then there's painful shithousing. If i was ever out anywhere and it was on the idiot lantern at someone's home, definitely time to roll a pure joint, pass it round and dose those cunts good. I'm still irked by thinking about Michael Portillo earlier.

Loads of stereotypes were blasted during previous decades. I'm not even ginger

Back to America, the margins of error are getting worse. Regeneration through violence?

WashYourHands said:
Back to America, the margins of error are getting worse. Regeneration through violence?

The Internet is on the case already!

The woman on the left looks like she’s holding a garden hose. The Divine addition is genius.
L

If this is the general purpose racism/anti-racism thread, then this pretty fucking out-there: David Starkey has been criticised for saying slavery was not genocide because of the survival of "so many damn blacks".

I mean, we all knew he was a cunt, right? But this is just something else.
C 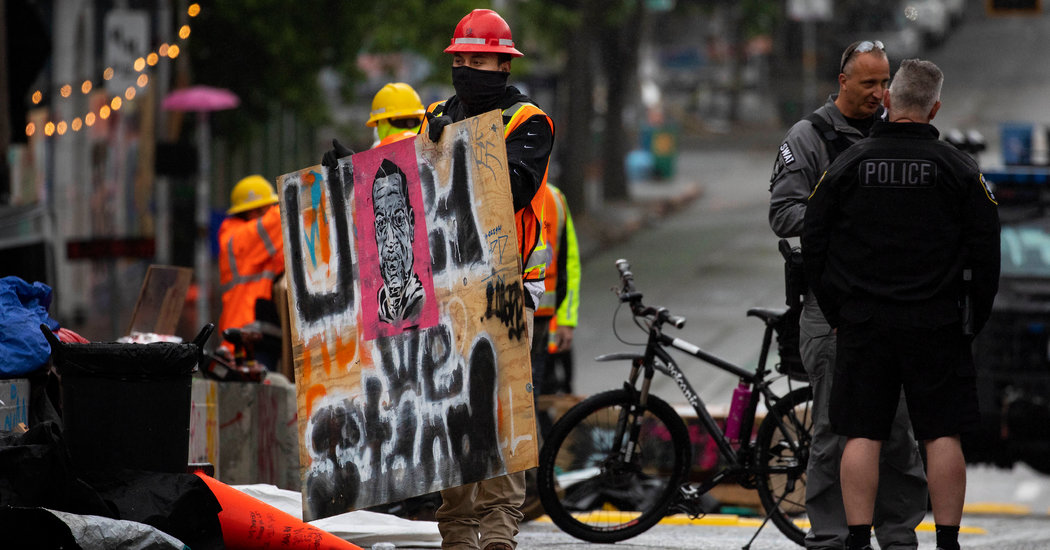 The so-called Capitol Hill Organized Protest area was taken over by protesters after the death of George Floyd in Minneapolis. It was the site of at least four shootings last month.