Language is a Virus from Outer Space

Who, or what, were they constructed by?

I've some sympathy for the argument that we need a new language for postmodernism. You can't accept the current framing - situating us in some no man's land after the event/modernism - without severely limiting the imagination.

Wish I'd finished MGS V... There was a whole thing about language in that one. They even had a character quote Cioran: "It is no nation that we inhabit, but a language. Make no mistake; our native toungue is our true fatherland.” 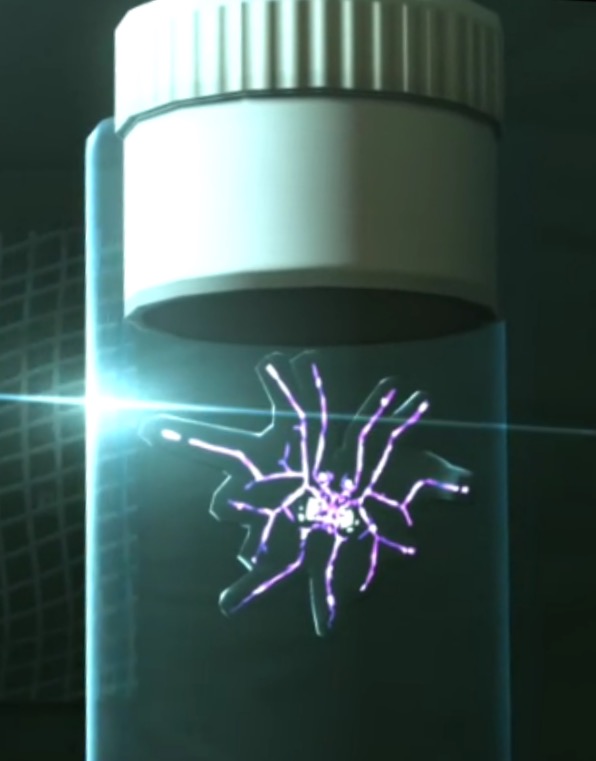 The vocal cord parasites, referred to as the "curse of the forked tongue" among Central African villagers,[1] are a group of parasitic organisms that infect a victim's vocal cords. 1 History 2 Capabilities 3 Behind the scenes 4 Appearances 5 Notes and references The existence of vocal cord...

Initially in larval form, the parasite entered through the throat and attached to the vocal cords, mimicking the host's membranes flawlessly. Upon reaching maturity, the larvae mate, triggered by sustained exposure to the specific language the parasite was attuned to, though parasites could be scientifically manipulated to target specific languages, as Skull Face attempted to use them to eradicate English as a language by having the parasites kill all who spoke it, as well as various other strains of the parasite to get rid of any lingua franca that might replace English.
Click to expand...

linebaugh said:
'man does not communicate but is communicated'
Click to expand...

Is he being communicated by something?

that seems like a metaphysical question. I think whatever it is that gives rise to anything at all necessitates that man and language, in the broadest sense, are together a kind of super organism that cant really be separated.

See, this is the red herring people are going for when the think about the safety of these vaccines. What concerns me is not the lack of long duration safety in humans, but rather the lack of it in appropriate animal model. They don’t have full pharmacokinetics or biodistribution, and the regulators were happy to wave that through which is extraordinary in the case of a novel vaccine delivered by a novel delivery modality. They have data that one form of the lipid nanoparticles (ALC-0315, aminolipid) has an unusually long half-life and up to 60% of it ends up in the liver (at least of the rats they’ve tested it on). This is important in the case of a modality that is going to used to deliver repeat doses as the stuff may well accumulate in the tissues. The other novel LNP was pegylated and that also ends up in the liver. PEG is very good at protecting your molecules but it has a habit of hanging around and is known to be immunogenic in it’s own right. The rat studies also found 20% of the dose administered PEG-LNP in the liver. They also only studied the metabolism of these novel substances in a rat model which is hardly robust for a drug potentially going into billions of people. These are things which give me pause long term.

it doesnt really belong here particularly but i have been very taken by the way this medical language has been taken up by everyone invested in the debate, a kind of arms race logic. my cousins spout this gibberish too and also have no scientific qualifications or aptitude. not that i think we should listen to scientists, i don't, i think we should kill them.

and not that im anti-anti-vax. the vaccine is an insane vertigo inducing risk/gamble taken in blind faith. blind faith in total psychos who would burst out laughing if you died a terrible death

craner said:
It occurred to me this morning that you can’t just blame the plague of instant expertism and bullshittery on the social media platforms, but the specific conjunction of Twitter (especially) and Wikipedia.

Wikipedia is the essential tool for formulating a quick and easy “opinion” on a topic of the day that you knew virtually nothing about in advance. If it didn’t exist, of course, you could still do that, but the specific features of Twitter and Wikipedia are, I think, a powerful combination that multiply the effects by huge magnitudes.
Click to expand...

where i would spin this differently to craner is that i would say wikipedia has taught everyone how paper-thin all 'expertise' is. its democraticised previously closed priesthoods of bullshit

i wouldnt go so far as to say true expertise doesn't exist just that 99% of experts rely on nothing more substantial than the equivalent of a few wikipedia entries.

i dont think it is at all unlikely that everyone who has taken the vaccine ends up dead or crippled and has to be looked after/culled by the only people who have survived, that is, the paranoid schizophrenics

i have had a vaccine and it wasnt till i took it (i was bullied into it by my mum and sister. "you cant see your new born neice until you take it")
that i really got paranoid and realised what an insane risk it really was, particularly as i did no research whatsoever like the sheeple person i am. ive had mad pains in my chest ever since

luka said:
i have had a vaccine and it wasnt till i took it (i was bullied into it by my mum and sister. "you cant see your new born neice until you take it")
that i really got paranoid and realised what an insane risk it really was, particularly as i did no research whatsoever like the sheeple person i am. ive had mad pains in my chest ever since
Click to expand...

I wouldn't worry about the vaccine. The chest pains will be due to the killer 5G tower on the block where you live.

Is it this specific vaccine that worries you, or are you starting to worry about all vaccines?

Is a specific brand of C19 vaccine that is troubling, or all of them and the fact that they are recently developed?

i havent gone mad enough to start researching it and getting into all the different debates etc. im not that far gone. its a sense of foreboding.