I think this is a profoundly stupid analysis fwiw
D

Analysis in fact over privileges it
V 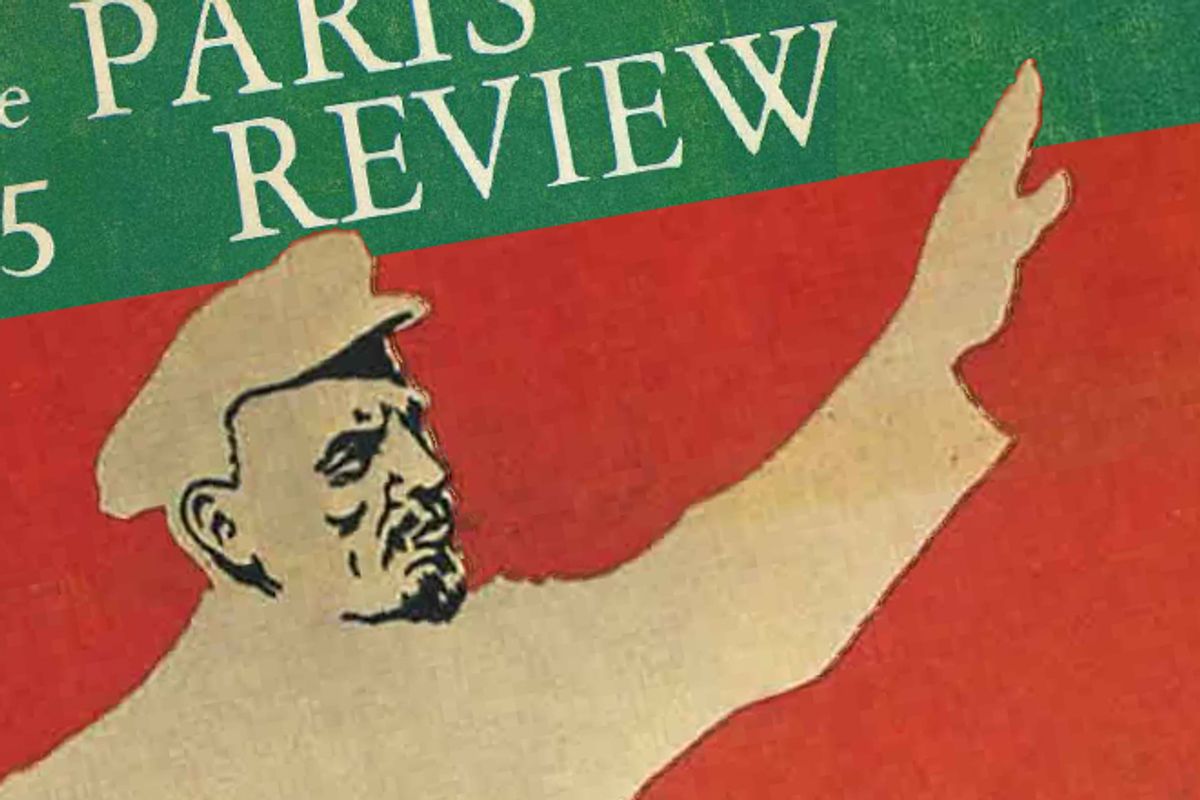 Exclusive: The Paris Review, the Cold War and the CIA

Letters discovered by Salon show even deeper Cold War ties between the Paris Review and a U.S. propaganda front

Thanks for that. Wanted to read that for ages but kept forgetting.

I think this is a profoundly stupid analysis fwiw
Click to expand...

how do you know? it's a secret service. they do stuff in secret.

i think it's one of the great imponderables. sometimes their hidden hand is very much in view, as in the Black Panther film and the Marvel franchise more generally, or in this or that journalist or news story, but most of the time I assume it's very well concelaed.

i mean, i dont think all reality is a screenplay written by the CIA actually. i don't think every revolutionary cadre is a recruit, every foreign war and revolt is fomented by them etc. but the degree of their influence is beyond the scope of our educated guesses.

version said:
It's difficult to tell whether they're everywhere, they just want to give the impression they are and we fill in the blanks and assume the worst or they don't really think about us too much and they're an easy explanation for the paranoid.
Click to expand...

theres no way for waste people like us to know. its ridiculus to even have an opinion.

thats why i dont really talk about the politics. except to jeer.

The CIA is just a front for Mossad. Wake up, sheeple!

version said:
So, what do we think they've been getting up to since 2016?
Click to expand...

I've been recommended these a couple of times,

An explosive, headline-making portrait of Allen Dulles, the man who transformed the CIA into the most powerful—and secretive—colossus in ...
www.goodreads.com

JFK and the unspeakable

In this fascinating and disturbing book James Douglass presents a compelling account of why President John F. Kennedy was assassinated an...
www.goodreads.com

Dulles was a prize cunt. His conversations with Satan must be a laugh. Cool airport though.
V

Be assured there are ex-young men, here in this very city, faces Slothrop used to pass in the quads, who got initiated at Harvard into the Puritan Mysteries: who took oaths in dead earnest to respect and to act always in the name of Vanitas, Emptiness, their ruler . . . who now according to life-plan such-and-such have come to Switzerland to work with Allen Dulles and his 'intelligence" network, which operates these days under the title "Office of Strategic Services." But to initiates OSS is also a secret acronym: as a mantra for times of immediate crisis they have been taught to speak inwardly oss . . . oss, the late, corrupt, Dark-age Latin word for bone. . . .

Craner would say they're too incompetent to pull off something like that.

(not coincidentally, spin offs of this "X-Club" include the X-men comic series (on eugenics and evolution) and Fourth World comics (on mind control) by Stan Lee and Jack Kirby – the “Forth World” being tied to the UN’s Agenda 21 (See the UN’s website - http://www.un.org/esa/dsd/agenda21/) and (UNCED) Fourth World Wilderness – “battle for the mind” – conferences (https://www.youtube.com/watch?v=SR0HMpuNZSM). My feeling is that the word "X" for MDMA is directly related.
Possibly many others.)
Click to expand...