Have you seen the casual album cover, fear itself

Well, it's helpfully cut out the red font at the top thanks a lot

If you play the song you can see it. Good song anyway. It's brilliant.

great cover that, worth buying the record just on the strength of the cover almost. fortunately the music is really good too.

Great thread on the CIA this

Do you think they killed Kennedy?

What would have been their incentive?

I think they were involved. I mean, I don't know a thing about it but I like the Ellroy book and I think he had the CIA and the mafia behind it.

I can't remember the reasoning tbh but it was very convincing

I haven't read the Ellroy book, but one of the theories is Kennedy was butting heads with the CIA and wanted them dismantled.

And Robert was putting pressure on the mafia maybe and the CIA and the mafia are almost the same organisation.

This is DeLillo's spin on it,

Concurrently in the novel, a cadre of CIA agents disillusioned by Kennedy's perceived failure to adequately support the Bay of Pigs invasion hatch a plot to stage an assassination attempt and blame it on the Cuban government. The chief conspirators in the CIA are Win Everett, Lawrence Parmenter and Guy Banister. The conspiracy grows to encompass several largely independent factions, including organized crime figures in New Orleans and a contingent of Cuban exiles in Miami. Although at first they planned to intentionally miss the President, at some point it is decided that the gunman should aim to kill.
Click to expand...

You could take the Irishman’s angle but Scorsese may be haram. The segment where Bufalino speaks to FS about Kennedy Snr remembering who the fuck he owes.

Nicole de Haay, a spokesperson for the CIA, reached out to PAPER denying that Ryder Ripps had any involvement in their website's updated look. "As CIA's new websitestates, we're looking for people from all backgrounds and walks of life to work at CIA, but this individual had absolutely nothing to do with our website redesign," Haay said.
Click to expand... 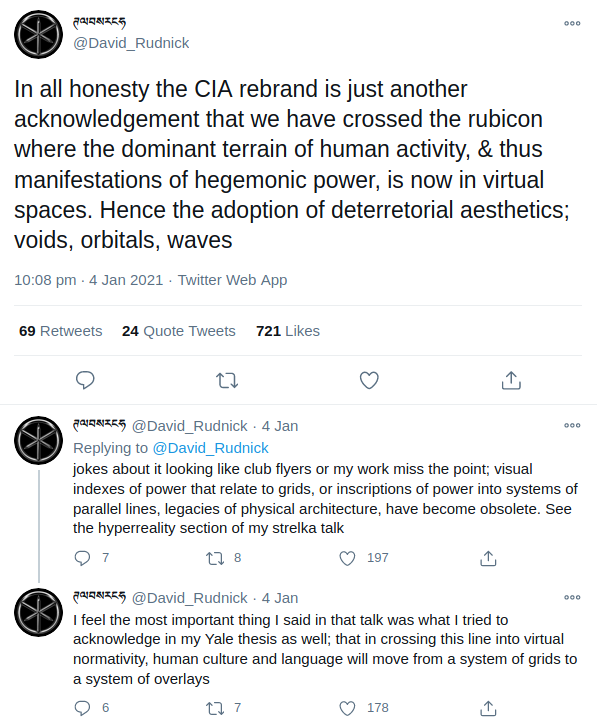