He's my favourite. Just sounds sick on everything.

think of some wu-tang things that got a bit forgotten about even though they're classics for me, like these ones crash your crew-gza f/ol dirty bastard wu wear-wu tang cobra clutch-ghostface mommy whats a gravedigga cali mix-gravediggaz America Is Dying Slowly-wu tang live from new york-raekwon...
dissensus.com
Click to expand...

Only about THREE of all of the songs mentioned weren't part of either a major/indie label compilation or a formal major/indie label release. Of all of these songs mentioned ONLY Wu Tang Clan's "Sunshowers" (the A side of "Deadly Darts" a Japan only vinyl release), "Silent" was on one of J Love's "Hidden Darts" compilations. "Rumble" was on U God's "Golden Arms Redemption" album. Sunz Of Man's "Sinz Of Men" was on a Red Hook Records Red label 12". The rest of these songs are found easily on Wu Tang/Wu Tang affiliates albums and movie soundtracks as well as the Wu Chronicles 1 & 2 compilations. No mention of "What U In 4?", "Bust A Slug Remix", or any of the Wu Tang Clan's scrapped joint with Cilvaringz behind the board circa 2000. One.

Oh yeah, i wonder what happened to him. He was on here loads when i first joined the forum

Benny B said:
Oh yeah, i wonder what happened to him. He was on here loads when i first joined the forum
Click to expand...

he will never change. he's an eternal archetype. one.
W

i have to hop on here because what the hell are you man on about, sure the Cult of Ghostface made him a cartoon in his later years but that's exactly that Fishscale/more fish if anything is when the wheels start to come off but he was always a hyper kind of personality also people do talk about Ironman a wha di bumba you lot on? if anything the album is an anomaly in his catalogue cause it's all 70s samples, one track doesn't have Ghost on it and the later half goes in strange directions

he's got some good mixtape cuts but you don't exactly hear people really crying out for that or The Lex diamond story, also what about him saying RZA made them sound like hip hop hippies with 8 diagrams?
W

also considering you're the poet here i thought you'd appreciate the fact that a good chunk of SC is really vivid surreal images? that's the thing even if it doesn't make sense its still incredibly potent with the feeling of meaning behind it texture etc etc

Staff member
like i was saying im reaqcting to the consensus thqat has formed around it. it makes me feel uncomfortaqble

Staff member
rappers being weird always get a diproportionate amount of attention and praise from critics and a certain section of the people as opposed to rappers being normal. eg ODB, kool keith, cam'ron, late period ghostface etc etc. all of whom i like but thats not the point.

His formal introduction to the world was 'B.I.B.L.E' but this was the thing to come from the spaced out sessions in California that formed the back bone of Heavy Mental and pissed off Geffen Records. "I got a bad report," he said.

I wander out on the horizon from the top of holy mount Zion
holding a staff that turned into a python
Killah Priest a living icon...

It's a definitive opening statement: a cosmic ego emerging from a void and transforming into a force that aimed to capture not just rap but the modern imagination. Like Leo Strauss breaking down the present day from the perspective of Athens and Jerusalem it was a project of the mind and the music was a stage for it. Already, in his early twenties, Priest is laying down the key elements of his cosmological canon: the Pentateuch, Judges, Kings, the Maccabean Revolt, Egyptology, the Twelve Tribes of Israel and Brownsville, Brooklyn. But it's only a start.

Walking from Tyre to Sidon to Lebanon to the walls of Hong Kong
recite the 23rd Psalm, long gone before the crack of dawn
dodging and weaving through the Garden of Eden...

The canvas got wider as the years went on but this opening statement presented his world, as it was then, like an elaborate Medieval tapestry. The second verse is out of this world. "This one took awhile because I was just zoning out on the beat so much," he said, "but I came in and blessed it."

I don't really like the singing in the chorus but the rapping is something special.

craner said:
recite the 23rd Psalm, long gone before the crack of dawn
Click to expand... 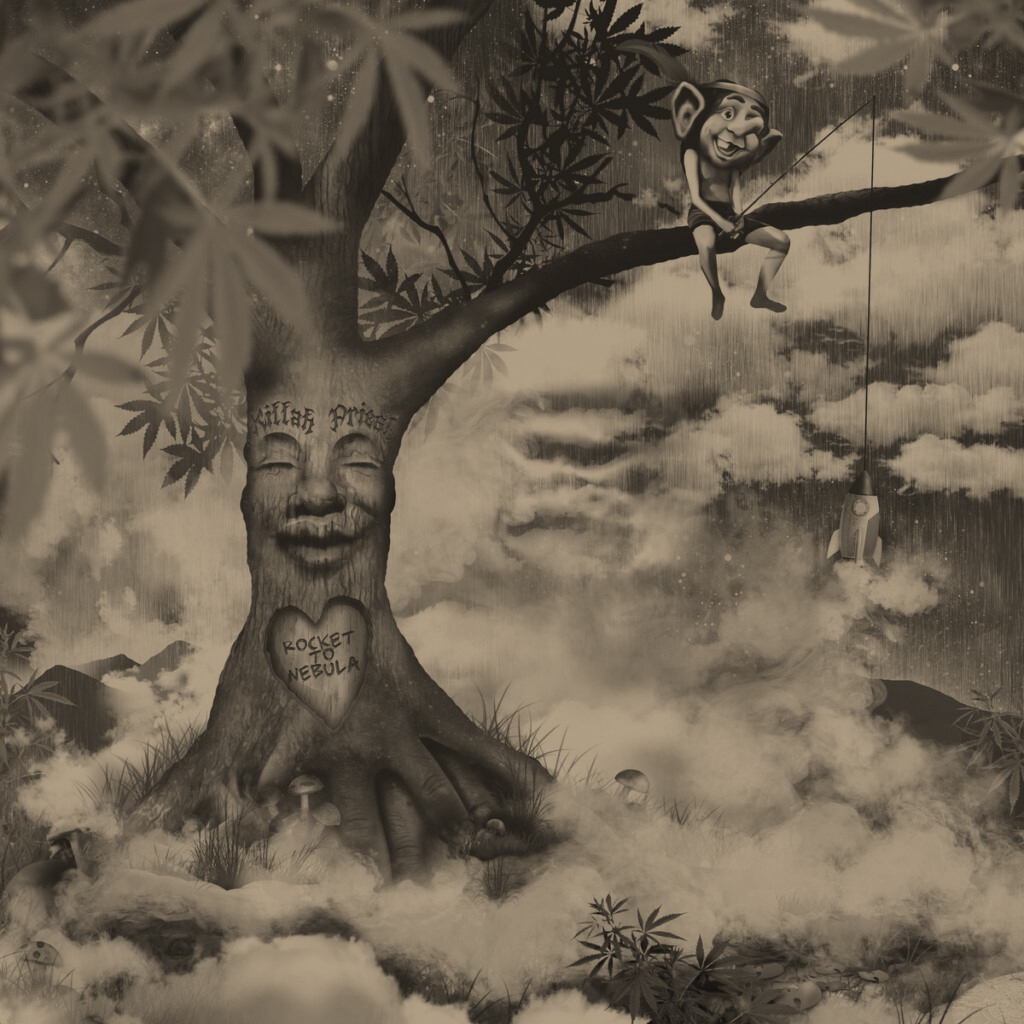 Album Review: The Interstellar Corridors Of Killah Priest’s “Rocket To Nebula” “Descend endless realms: No broader numbered measure Than man’s mind” – ARK, Ronald Johnson “Between the eye socket is where I will build my sky rocket” – Heavy Mental, KP The lyrical originator out of Brooklyn...