Being nice and having love

Status
Not open for further replies.

It was my fault for checking the forum really, but I saw a user post something the other day saying that Luke’s been routinely, overtly unkind on this forum and it’s wound me up a bit.

It’s a myth that’s become dogma to a narrow but persistently vocal section of users and, as I said before, I’ve found it particularly unkind and particularly unfounded when similar things have been said about me.

So in one last ditch effort to put this particularly unconstructive idea to bed (I say before having a strop about something else the next time I get sucked in lurking), let me try to explain.

I won’t name specific threads so as to hopefully avoid reruns of old fights, but if you do actually look at the ones where Luke’s been accused of “bullying” or “personal attacks” or “borderline nastiness” and you actually read them, those accusations just don’t hold up.

I’m not saying those who said those things were being disingenuous (though admittedly I did naively think so on some occasions at the time). But it really just isn’t the intent. They are just normal behaviours you expect within normal friendship groups (which whether you like it or not this is; we’ve known each other for years and years and years, speaking almost every day to one another in a lot of instances).

Maybe the affectionate tone of posts is harder to pick up for some users when it’s in writing- you don’t have the playful twinkle in the eye or the wry smile to reassure you- but that really isn’t the same as Luke being nasty. It just isn’t (as you can see from the fact that tons of users actively enjoy it when he does the same thing to them, they join in).

So why am I saying this? Well firstly, I think it really is a hurtful thing to say to people. Maybe Luke doesn’t mind, but I remember thinking it’s really unkind when users would imply it about me.

Secondly there is a glaring hypocrisy about who gets piled on and who doesn’t. People are more than happy to tell Luke he’s a terrible bastard because of something (more often than not, inconspicuous) he’s said, but there are users who can behave much, much worse over long stretches of time who largely get a free ride. They’re very rarely picked up for persistently bad behaviour.

Third (the number, not Techno Ayotollah Thirdform), this warped perspective of Luke leads to some harmful behaviour on the forum that brings everything to a stop or spoils the atmosphere. It means people are taking THE MOST innocuous posts and picking fights over them. It means people feel carte blanche to just be outright aggressive and personally unkind because they feel Luka is deserving. Bellicose users can justify their behaviour by telling themselves they’re standing up to a bully, rather than considering they’re in the wrong or at the very least not addressing their concerns in an appropriate tone.

Remember I’ve pretty much had to leave the forum because of how chronically toxic the behaviour on here got. Whatever people want to say, I know that I tried to encourage people and get the forum going. I know I was a sweaty. Save for losing my patience with people during squabbles as everyone does, I can't think of anything genuinely bad I did. Once you remove the conspiracy theories, vague talk of unspecified ‘mind games’ and motivated reasoning you are essentially left with a situation in which quite a nice, playful user was routinely made to feel unwelcome on a forum they’d been a big part of almost every day for half a decade. Look back at old threads, I’d bend over backwards to be reconciliatory and all I was met were accusations of bad faith.

So that really should be pause for thought for the users who, as much as they hate to admit it, really are making this environment toxic. Who are hounding users and not letting people string three sentences together before flying off the rails at them. Who are turning anything certain users say into some perceived egregious insult.

So come on. I’m not saying you all have to hop on board the bants express. If you’d rather not be part of the game politely say so and do try to bare in mind that to lots (possibly most) users feel being included in these bits of play are actually signs of affection, not aggression. No more demonisation. No more nastiness. You’ve lost a user who, whether you liked me or not, did contribute to the forum. Think about that and try to check your behaviour in the future; this can’t just be a forum full of anger and residual tension justified by a flimsy, ultimately arbitrary caricature of Luke. 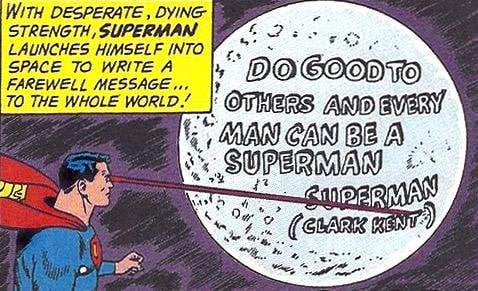 Back! I didn't really understand all the above but glad you're back.

I don't think he is back and tbh I've pretty much had it too. I look at it a tiny bit differently to Barty, I just feel like we achieved some good results with our methods and now the players are burnt out and it's time for us to pack up our things and move on.
L

has it really been so toxic in the last few days or week to prompt this? been busy lately and not had time to follow every conversation but all I recall recently is luka blocking patty after a "lad" remark and some respectful disagreements in the corbyn thread. I'd like luka to stay and barty to return, hope this will pass.

I don't get it either Leo
T

luka said:
I don't think he is back and tbh I've pretty much had it too. I look at it a tiny bit differently to Barty, I just feel like we achieved some good results with our methods and now the players are burnt out and it's time for us to pack up our things and move on.
Click to expand...

yeah my number 14 potential is exhausted.

TBH, barty, you and luke have been this sort of Platonic item from the moment you joined the forum, so you're not really the best-qualified person for giving an objective opinion on how he behaves or how others have behaved towards him. Further, I'll say that your closeness goes beyond simple friendship and very often looks from the outside like a sort of clique or tag-team. You've both got a certain amount of the playground mindset and obviously enjoy a pile-on.

Claims that neither of you have ever said anything nasty or engaged in bullying are rather at odds with the hounding of josef k, for example (and whatever you may think of the guy, his ideology or who he's chosen to stick up for, I haven't seen any actual evidence that he's a paedophile, and on the basis of the presumption of innocence, I'm sure he isn't one). Similarly, you'll forgive me if I didn't spot luka's playful smile or the wry twinkle in his eye when he said I danced on Palestinian children's graves.

I'm glad you're back barty but I don't think picking away at old wounds is gonna do any good. People come to this place with different expectations and different ways of expressing themselves and obviously that is brilliant but also causes all kinds of problems as well.

And yes, absolutely the medium of the internet forum is terrible for any kind of nuance although it is better than twitter. It's great that you want to involve everyone in this vision you have, but you can hardly blame them when it backfires given that they haven't opted in...

I don't particularly expect anyone to pay attention to me here, but it is good when they do.

Barty hasn't come back sadly. He said there's no way on earth. I don think anything did backfire really. As I said yesterday I think we got fantastic results and no one denies it. I think we burned the players out in the end and lost the dressing room. Happens to all the best managers. Looking forward I think Shiels will be the Leader and go about things in a slightly different way while retaining a lot of the innovations and techniques we introduced.

The team today has a lot of fresh blood and young talent, and our dynamic leadership helped attract them to he club. They'll be a huge asset to Shiels moving onwards

Very different club to the one we inherited a few years back.

Fair enough I think as Barty said there was a lot lost by us not being physically together so I hope that if there are Dissensus drinks in future that he will feel able to come along because I would like to meet him and I am sure lots of people here would.

Also I'm not sure if I've said before but Luka and Barty did keep this forum well and truly on the road and there were points when I thought it might be time to finish it off (not that I particularly vocalised these thoughts).

Don't leave, Luke. The forum's much less engaging when you're not about.

version said:
Don't leave, Luke. The forum's much less engaging when you're not about.
Click to expand...

I don't seem able to just yet. theres lots of people I really enjoy talking to, including you.

I know droid hates talking about this stuff but I find it fascinating. The group dynamics I guess. I wish there was a way of talking about it without upsetting people. The whole trajectory of it, the fights, the toxic banter, the team building excercises, the mad hysterical energy.

I find it boring and a distraction, but I'm rarely directly involved so it's easier for me to take that position.

Status
Not open for further replies.