The one dickens I've read

Remember when I started reading hard times and was instantly convinced it was the best book I'd ever read? Then stopped reading it immediately

yeah you do that a lot. its a good sign. you just need to build up your stamina. me too. work in progress.

you can leverage that self disgust and shame into greater effort. it works wonders.

Wemmick is a great character. His two sides seemingly at odds with each other - the letterbox mouth, portable property, the silent witness to Jaggers and then his castle and the Aged and his slow snaking arm. I think GE is his masterpiece. I’m currently re-Reading Dorritt - it doesn’t have the bounce of Copperfield but it’s got a heart of darkness.

David Copperfield is better than Great Expectations. I think I will do Pickwick's Papers next.

luka said:
David Copperfield is better than Great Expectations. I think I will do Pickwick's Papers next.
Click to expand...

No. I don’t think it is and certainly not for me. In many ways DC is an idealisation of becoming whilst GE is a novel about losing an identity - becoming unmoored and ashamed of oneself. That I think has a far greater depth for me. I love DC but David himself is not the most interesting character in there whereas I think Pip is interesting. I think I said earlier that in some ways GE is the dark obverse of DC. There’s not many novels I have read as often as GE - whatever it’s got works for me

Be interested in what you make of PP as it’s a decidedly odd book. Someone once argued that all the future novels can be traced in some way back to it - like seedbed he returns to take cuttings from to graft and grow. (If that’s how seedbeds work?)

got a few other things to finish off first.

Started The Turning Point: A Year That Changed Dickens and the World by Robert Douglas-Fairhurst. I really liked ho Becoming Dickens and he does a similar thing here - zooming in on one key year to bring out major themes and ideas. I suppose it’s like the James Shapiro approach to Shakespeare, bringing the subject into sharp focus at a particular time and thus raising them out of the well worn conventional biographies. This one is the year of Bleak House which is the start of a run of unbeatable Dickens novels

My dad's really into Dickens at the moment. He rang me up the other night and said something about Christmas always prompting him to seek out the Victorian era.

version said:
My dad's really into Dickens at the moment. He rang me up the other night and said something about Christmas always prompting him to seek out the Victorian era.
Click to expand...

your dad is a monster!

He was excitedly reading descriptions of Scrooge over the phone.

version said:
I read some weird thing a while back with some guy trying to push this idea of a psychic link between him and Kafka. 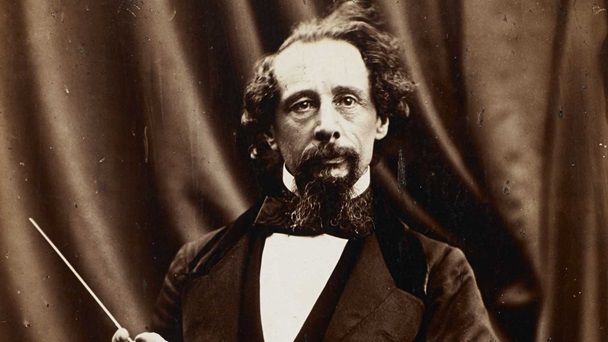 Kafka and Dickens: A Case Study

Yet it is difficult to believe that Dickens – whose imagination was so prodigious it could hardly have been turned off like a spigot by a few glasses of sherry and some bloody roast beef – ever sto…
www.3ammagazine.com
Click to expand...

In my opinion, the case of Kafka and Dickens presents an unprecedented opportunity for interdisciplinary study, incorporating fields as diverse as neuroscience, neurobiology, necromancy, and lycanthropy.

Was reading a bit of the Hard Times before bed last night and got to the introduction of Mr Bounderby.

It's pleasantly surprising to find something written so long ago so funny – and I suppose this might have been what inspired the Monty Python sketch where the self-made men are competing over who had the most tragic childhood.

He was a rich man: banker, merchant, manufacturer, and what not. A big, loud man, with a stare, and a metallic laugh. A man made out of a coarse material, which seemed to have been stretched to make so much of him. A man with a great puffed head and forehead, swelled veins in his temples, and such a strained skin to his face that it seemed to hold his eyes open, and lift his eyebrows up. A man with a pervading appearance on him of being inflated like a balloon, and ready to start. A man who could never sufficiently vaunt himself a self-made man. A man who was always proclaiming, through that brassy speaking-trumpet of a voice of his, his old ignorance and his old poverty. A man who was the Bully of humility.

‘I hadn’t a shoe to my foot. As to a stocking, I didn’t know such a thing by name. I passed the day in a ditch, and the night in a pigsty. That’s the way I spent my tenth birthday. Not that a ditch was new to me, for I was born in a ditch.’
Click to expand...

So far as I've read (not far at all), Hard Times reads like a fairy tale for adults (although perhaps he also expected children to read it?) or Roald Dahl meets social realism, or some such tortured comparison.

hard times is the first one i read. what its got going for it is that really good thing about the horse, and its very short compared to most of his ones.
i got distracted half way through little dorrit last year and never went back to it. i was enjoying it but these things really are insanely long.
its punishing. you read a novels worth and youre only about a third of the way in at best.

i cant be bothered with reading at all at the moment. ive lost all my will to self improvement. no exercise, no improving thoughts, no reading, no writing. just annoy people on the internet.

After all, there's something fundamentally pleasing to many people about being told the human race is just a big pile of shit – I recognise that pleasure when I read something like Madame Bovary. Viewed through Flaubert's misanthropic lens, happiness is a delusion, kindness is pretension (or stupidity).

But I also think that when people respond to the depiction of goodness in Dickens they're responding with a sense of renewed recognition. Because while there are some very unlucky people who never meet a good person in their (probably very short) lives, I'd say that the majority of people encounter good people almost every day of their lives.

Not SAINTS, mind you. But fundamentally nice people.
Click to expand...