From Nations to Corporations

but they haven't been nation states for millenia. that's a much more recent development. bobbit's argument is not that these countries will disappear (altho ofc they might), but that the constitution of their states is something that changes over time. for now, they are nation states, but that is changing and in the future it will be something different - perhaps "market states", perhaps "civilisation states" (assuming that's an alternative constitutional model), perhaps something else.

To clarify, "nation" in "nation-state" is primarily a geographic designation? At least for Bobbit? Maybe I'm abstracting it too much, because I'm still conflating "nation" and "state".

constant escape said:
To clarify, "nation" in "nation-state" is primarily a geographic designation? At least for Bobbit? Maybe I'm abstracting it too much, because I'm still conflating "nation" and "state".
Click to expand...

vimothy said:
but they haven't been nation states for millenia. that's a much more recent development. bobbit's argument is not that these countries will disappear (altho ofc they might), but that the constitution of their states is something that changes over time. for now, they are nation states, but that is changing and in the future it will be something different - perhaps "market states", perhaps "civilisation states" (assuming that's an alternative constitutional model), perhaps something else.
Click to expand...

Yes, only China and perhaps Japan qualify. Russia's a funny one, I suppose it's being made before our eyes, by force of individual, revanchist will in that case.

even China is not as continuous a proposition as they want you to beleive. it's been subject to wave after wave of conquests.

What is the distinction between the two? I think of the state as denoting more of a formalized power structure, and I guess the nation is that which the state governs?

I'm having trouble understanding the relationship between the two, and I suspect its largely a semantic issue.

yeah i think so. stop thinking.

just look it up in the dictionary

Merriam Webster helped a bit, seemingly defining the state as some kind of transcendent body within/over the nation. I think part of the reason I'm so confused is that these meanings shift as we move from nation-state to market-state or ______-state. I think, perhaps, much of my understanding (perhaps even many people's understandings) of the state is predicated highly on its relation to the nation, as in nation-state. Hence my difficulty imagining what a "state" means in the case of the market-state.

And then there is the inclination to view any such development as teleological, that the nation-state evolves into the market-state, undergoing a more or less objective betterment along the way. What are some of the problems thinking this way?


Is the citizen to the nation-state what the consumer is to the market-state? Assuming nations are replaced by markets (or are they replaced by corporations?), what becomes of civic responsibilities and rights?

nations are distinct peoples. they do not need to have their own states. eg consider the Kurds, or native Americans. states are formal systems of governance that rule territories. a state can rule or encompass a territory consisting of many nations. eg consider older imperial states that ruled colonies etc. a nation state is a particular constitutional form the state, which draws legitimacy from the particular nation which forms its polity. think of France or Japan.

obviously these are contested and vague definitions. just remember that a state can serve or govern peoples from many nations. the nation state is a form of the state, which most ppl trace to the peace of westphalia

A lot of Americans are very uncomfortable with language and would prefer it to be replaced with numbers, which move about less.

china for example has not been a nation state for its entire existence. the nation state is a "modern" concept. The zones would permit companies with large areas of land to form governments carrying the same authority as counties, including the ability to impose taxes, form school districts and courts and provide government services.
Click to expand... 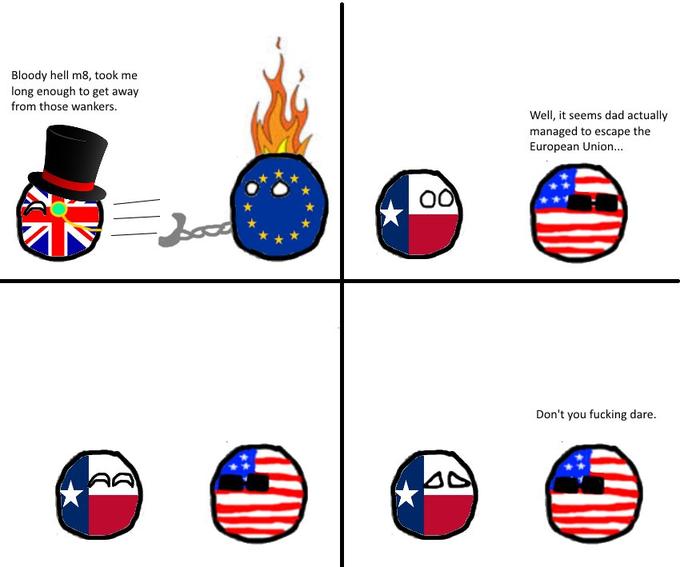 constant escape said:
At what point did the real interplay of power shift from nations to corporations? Or what were the critical points? Or has this even happened?
Click to expand...

There was some talk I heard a while ago about some company flirting with the notion of an AI executive of some kind, maybe CEO. And now knowing a bit more about smart contracts, such a notion seems incrementally more feasible.

I wonder if the growth of capitalism can be preserved, to some degree, without requiring humans to get uber rich. I could be thinking too far ahead, and perhaps even overstating it at that, but smart contracts in their essence seem to outsource contract officiation to algorithms, and that seems pretty broad and totipotent.

And, in principle and perhaps naively, it would seem that, once more and more of industry and life becomes data-driven, eventually certain machine-learning modules may know certain swathes of their given industry better than human experts would.

If the robustness (quality) of data capture increases, as well as the volume (quantity) of data captured, then it would seem to follow that machine learning modules, which are fluent in this data, would become veritable experts and would command an acumen that only exemplary human ingenuity could best.

That said, I don't see a problem with preserving the administrative capabilities of human programmers, again to sidestep the obvious dystopian forecasts.

Could constitute a step closer, albeit an arcane one, to AGI, perhaps in terms of how we translate the kind of knowledge we would now consider distinctly human, into a more programmatic and algorithmically conducive formatting.

It seems a major distinction, perhaps correlating to some degree with generation, is one between those who are disgusted by being a part of a system over which they have no control, and those who are considerably less disgusted by such.

One group sees the consumerization and data capture of the subject as symptoms of a reduction of sovereignty and a process of alienation, perhaps among other degradations.

The other group may see such developments as necessary sacrifices in order to allow large enough systems to work effectively.

A sort of hyperbolic instance of the individualist/collectivist distinction.

I'm trying to pivot between the two, but I tend toward the latter. But to be pro-system isn't necessarily to condone every facet of the system as it is, but rather to believe that a system is necessary and that denial of such is unrealistic.

That is my current angle on capitalism, not that what it is doing and how it is doing it is optimal, nor that corruption isn't a critical problem, but that the best course of action is to work with what we have, toward what we think is better.

I don't think global systems can work optimally enough without sufficiently robust data capture of the citizen, and I think re: consumerization one can either evolve and roll with the punches, managing to redefine their value framework on the fly, or withdraw into alienated despair, or perhaps find some exceptional alternative.

On a more extropic note, I think this kind of anti-system sovereignty is a somewhat naive notion, in light our physical constitution and how internally systematic it is, as well as how dependent it is on external systems, systems that have been around for orders of years prior to any remotely human bioevolutionary milestone.