Today we went to Castello Palmela near to Setubal. As with the last place we visited this was built on the peak of the biggest (in fact only) hill for miles around, as we approached it it became visible from the car and it was possible to see that a number of more modern buildings had been built on to it over the centuries and I found that somehow disappointing at first. When we got there though I totally changed my mind, the place was really crazy cool and the modern parts such as the house where the governor lived - built 18th century I think - were interesting in their own right.
The place covered quite an area with ramparts within ramparts at different levels. Some of it run down, roped off and being actually repaired (rather than pretend repaired like a lot of things in Portugal, it's quite common for them to put a saggy orange fence round something, dig half a hole and leave a few spades or whatever lying around - I think it's the nation state equivalent of leaving everything in the sink "to soak" and pretending to yourself that you've started the washing up) and basically seemed a lot more cared for than the other one we went to - it had a restaurant and a tiny museum and a gift shop where a really friendly woman tricked us into buying a bottle of muscatel and a bottle of red made at a local farm.
Anyway, that was all unimportant really cos the main thing was the view which was.... I dunno, spectacular doesn't do it justice. You could see to the peninsular thing in one direction and all the way to Lisbon (I reckon at least thirty km) in the other. It was really truly incredible, as you climbed, each rampart gave a more awe-inspiring view than the last until the final reveal from the top of the huge tower. There were loads of bits sort of protruding on each side and each offered something new to see cos the land for miles and miles around was totally flat in every direction (well you got the so-called mountains in the the distance to one side I guess).
Near to the castle at the bottom of the hill you could see farms and olive groves and stuff - I can imagine that back in the day it functioned as a panopticon for the boss to check down on his subjects and make sure they were in the fields working and that progress was as he demanded.
As with the other one we went to there was a chapel building too, this one had the remnants of tiles that once again reminded me of the interior of an East London pie and mash shop although this time very few were intact. I guess most people were religious in those days so it shouldn't be a surprised that each castle had its own place of worship but I don't remember this being a standard feature of the British castles I looked round as a child. Probably I just forgot them I guess.
Also the well in the middle of one of the courtyards struck me as something quite impressive - I don't know how deep it had to be to get through the castle and then the mountain to water (it was covered over with a grating and overgrown) but I imagine pretty fucking deep. It immediately set me thinking of body disposal in some kind of Brother Cadfael/Name of the Rose style medieval mystery.

By the side of the governor's house

The main tower - I think they alerted Lisbon that they had won a famous battle over the Spanish by lighting a fire on top here one time.

Some more views - you can see the peninsular past Setubal in the background.

Well well well, what do we have here?

Really annoyed with myself that somehow I left my spotting scope in the car... next time will remember that, or even take the big one from home, I think that will add an extra element. Also saw a load of birds flying around that I would like to look at properly - lots of swifts and stuff, but also some kestrels or something I think.

Oh, never included the main tower from nearby.

That sky too, I am fucking envious. 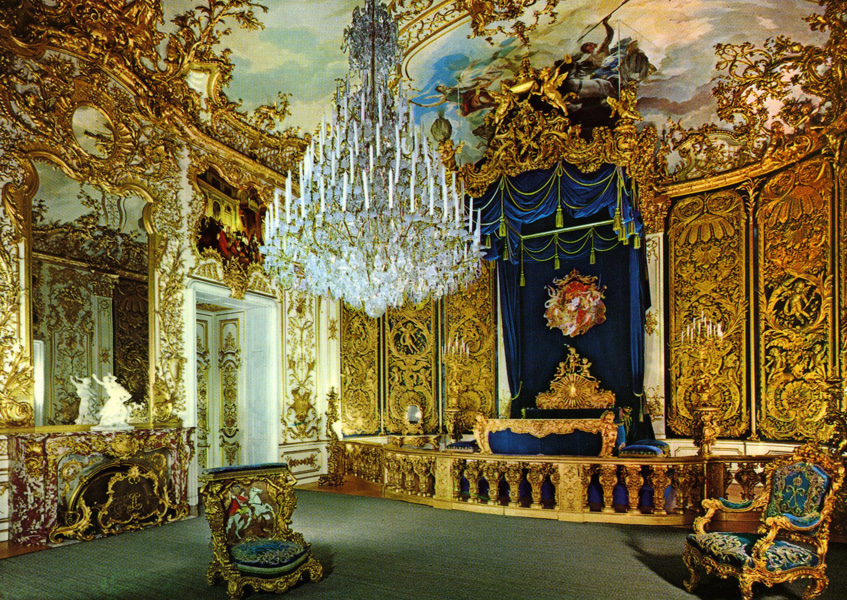 Could happily while away another 'lockdown' in one of those kitsch chairs, drinking Black Russians while Countess Anda of Tukums plays "Strings Of Life" on a harpsichord, before a plucky peasant orphan and his faithful bipedal fox companion come knocking on the gates.

Who am I kidding - a week in and I'd have put ketchup on the wall. Why does the bed have a mini-wall around it though?

Just another place to put a load of gold I guess.

IdleRich said:
Great castle today... phone fucked so no pictures but trust me to was a good one.
Click to expand...

It was the Convent of Christ in Thomar (think convent means monastery in fact here) which is an enormous templar thing on the hillside overlooking historic Tomar. Amazing stuff but I didn't have my camera.
Next day though we went to see the aqueduct which they built to take water to the castle. Apparently it was six km long - now the best bit is across the valley, it's 30m high and you can walk across the top, protected by the water channel on one side and a railing that came up to slightly below my knee on the other, it feels incredibly dangerous, in fact it is incredibly dangerous. It was a mild day but there was still a wind blowing across at that height and it's a nightmare if you have to pass someone. Girlfriend wisely stayed at the start but you can just about make out me half-way along in the third pic I think.

Inside the outside walls

This is the church which is kinda inside the castle

And some courtyards and cloisters (which were my favourite bits)

Cloisters are always nice, good perspectives. After you've done all the castles rich, you could move on to monasteries and abbeys rich. These pics you've posted remind me very much of Gorton monastery. Very good cloisters and also stained glass there.

Where is Gorton monastery?
I found these ones quite strange cos they were inside a castle like that. I know it was a religious order and all but I don't think I've seen such a hybrid as this before.
C

Manchester. Its not very famous but is really quite impressive. It was gutted and all thd stuff sold, but then the local mp got the community together and they restored. Most abbeys and monasteries in these parts obviously are ruined but I always find them fascinating, mainly cos they're always set in really nice grounds that have been maintained eg fountains Abbey, whitby Abbey.

I did take a few photos from Gorton monastery, there was an interesting panel all about the geometry of the main prayer hall, how it was positioned geometrically to get the most sunlight and also a lot of panels had been placed internally to facilitate reflections.

It's crazy isn't it, they all have so much stuff going on. I'm just amazed that there are things that are still standing from a thousand years ago or whatever, they must have seemed unbelievable when they were first built.

Anyway, yesterday we thought that we had better check out the Lisbon aqueduct to compare with the other one. It's more than twice as high and was about 40k long at one point I think. Probably you know that in 1750 or something there was a huge earthquake which levelled Lisibon and, I think, had huge ramifications for Portugal as a world power. It was rebuilt by Marquis de Pombal I think who is seen as the guy who grabbed the country by the scruff of the neck and got it back on its feet (and presided over a few unpleasantnesses such as kicking out all the Jews) and is now the biggest historical figure in the country after Ronaldo. Anyway, the aqueduct was built just before the earthquake but survived. You can walk along it from the town and then go across near the far end and come back on the other side - nice views of course but the more modern structure and safety features such as a wall to stop you falling off mean that it didn't quite have the visceral impact on me of the previous one. 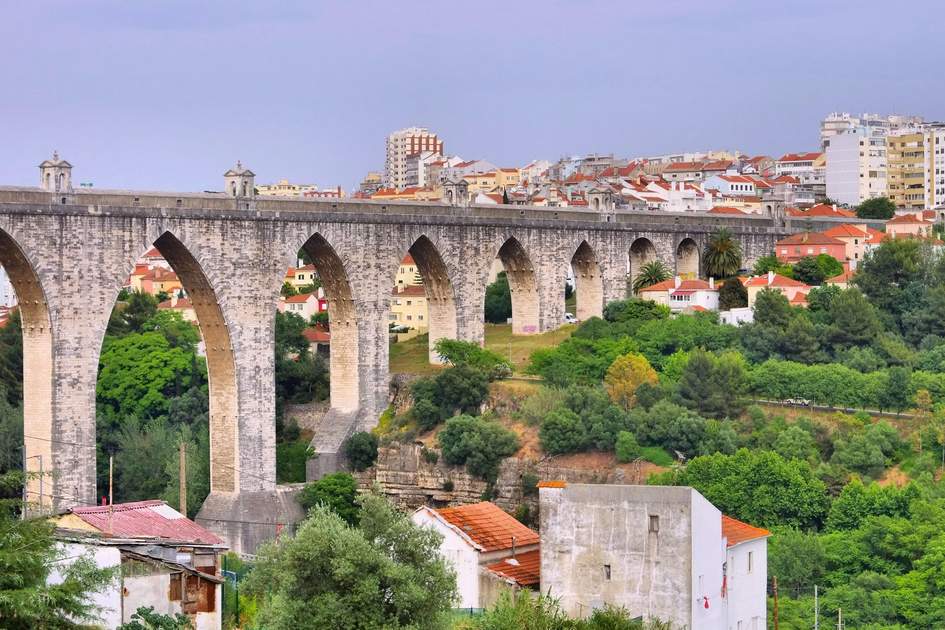 This is the view walking back to the town side

this is where I grew up - a housing scheme, named after the castle, which just sits in the middle of rows of council houses. It's weird I can tell people that I lived in a house for twelve years where I could see an actual castle from my bedroom window

Nice, where is that?
B