i think i said it before maybe on this thread i find it interesting to hear from the generation above mine, 70s childhoods, 80s teens. always seems a more horrible nasty world, but also more interesting. more conflict.
V

more of a chance to hide or escape and live in a different way. be a nutter on the margins. do weird experiements.

18-32 your head is ripe for sounds. Complete worship, let’s be honest. Weird experiments in living were definitely easier and cheaper. By the early 00’s the internet was already an embedded (if still relatively new) god. People bought to let. It was still fun and internationally travel to and from the States, to Canada, Ireland and home could be funded by foolishness. Couldn’t do it now, pre 9/11 overstaying wasn’t as detrimental 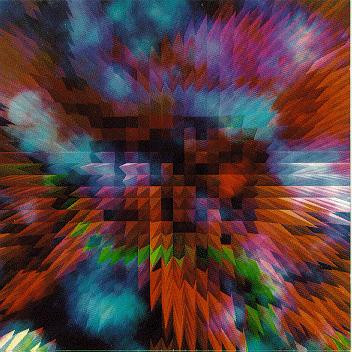 ELpH vs Coil - Worship The Glitch

View credits, reviews, tracks and shop for the 1995 Vinyl release of "Worship The Glitch" on Discogs.

My brother has the 2 disc 10” release listed above. Beautiful artefact. Sleeve reminiscent of Colours by Cabaret Voltaire. The content is entirely different. Wasn’t aware of the supposed production errors, communicated as channelling a transmission signal intercept (or nature of said inception) initially. 'This is a Sidereal™ Sound Recording untouched by human hands'. Coincided with dark turn into heroin and a lot of ELpH’s music was immersed in *heavy nods, *just say no

A clear distinction or demarcation in sounds exists between LSD, ELpH and Black Light District, a 90degree turn into very different forms of compositional experimentation. It’s more fun too (rather than playful) as your ears aren’t lost in endless indecipherable fold-in curses. Expansive as opposed to highly compressed, still in the fairgrounds of the abyss. From the moment the needle drops, it’s on, cue Dark Start

Hysteron Proteron Jewel, dialling up fleeting lights at dusk with what may or may not be a glitch locomotive

Anything That Flies, vortexes presencing on the brink of psychosis, seep into its uncomfortable delirium

Looking up this album on Wikipedia I noticed there is a tune with three parts called The Halliwell Hammers which I suppose is a reference to Kenneth Halliwell beating Joe Orton to death with a hammer.

@WashYourHands I'm sure you'll be sad to learn that Meat Loaf has died...

His name is Robert Paulson!

WashYourHands said:
His name is Robert Paulson!
Click to expand...

DiY panel thing from Nottingham launch of the book