Actually depends which one you're talking about.

I mean the one where it's thought they were paying tribute to the crime.

Well you got this one 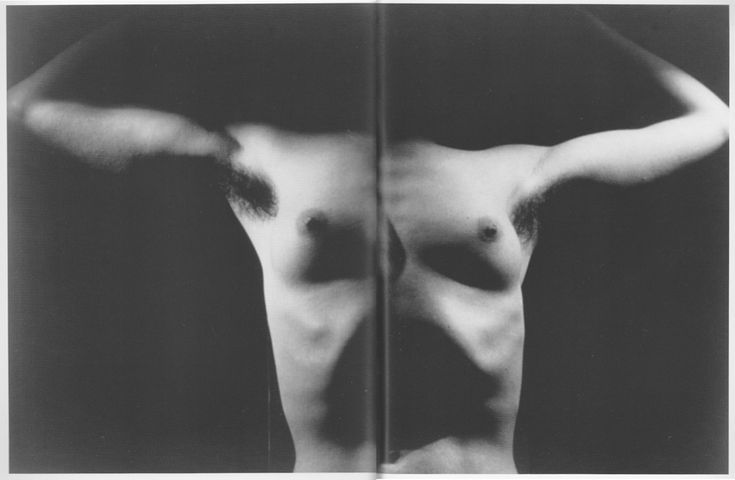 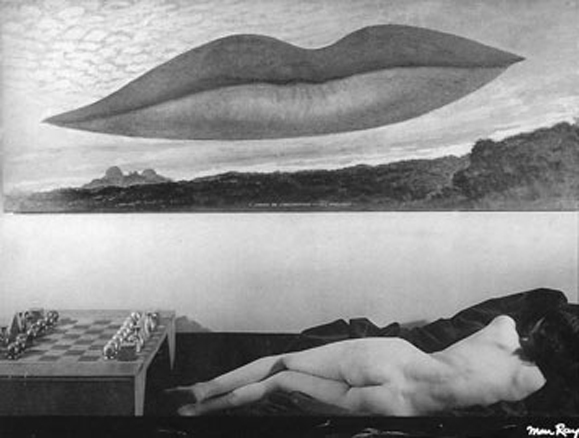 Which were supposed to have inspired the murder.

And this one which I think they found after his death but which may have been some kind of grisly tribute. I reckon you're maybe talking about the second one?

I'm talking about the third one. The grisly tribute.

Yeah sorry I thought you meant the lips in the painting above all that.
I think that no-one knows when Man Ray actually did that one though, they found it after his death so it could have been before or after the murder.

I took 3-MeO-PCP for the first time in a long time in the baby-blue kitchen of L & N’s apartment. I dissolved into litboard conversations on The Brothers K and then went to the Rubin at 7:30 and smoked a spliff by the entrance and went inside and went down to the theatre and went upstairs to get my ticket and went downstairs to find the group.

We were watching Fantastic Planet, a beautiful ‘73 Laloux animated sci-fi with a raga group doing a live score. I had no idea the Rubin was so New Agey; the next night they’d scheduled an exploration of trance that sounded adjacent to a sober rave, and the curator who introduced the film incited us consider “time: the past, the present… and the future.”

The movie's full of conceptual blending, the cross-domain mapping of complex inputs such that many facets of the inputs can be compared (metaphorically; juxtaposed...); such that each facet (and by extension input) is illuminated through its definition in the light of the other.

Conceptual blending basically seems like a variation on the Lakoff/Hoffstadter theses about conceptual metaphors and figurative cognition—that we understand abstract domains like love and romance through more concrete domains like journeys. Like in conceptual blending, conceptual metaphors are “general mappings across conceptual domains,” a “fixed pattern of ontological correspondences… that may or may not be applied to a source domain knowledge structure or a source domain lexical item.” Time is a space we move toward; night is death; “we’re driving in the fast lane on the freeway of love.”

3-MeO is an afternoon drug, not an evening drug. After the initial hour of confusion and dissolution, when things begin to come back together and your brain reorganizes itself, that's when there's so much opportunity. Anything seems possible. "Intrinsic empowerment" in RL land.

Acid is a morning drug, since the visuals tank at night and the literal darkness casts emotional shadows. MXE is an evening drug. I got the idea during Fantastic Planet to get out a Windows OS and start mapmaking flash games again as an art form.

Maybe because I’ve been reading poetry and training my neural nets to be more self-observant, or maybe because it was a long long time since last dissociating, but I came away with words I hadn’t had before to describe the relevant headspace, body noises like neck crack and knuckle pop. There were mild audio distortions, the sounds of music, full coherent melodies being top-down projected onto street noise and radiators. Buzzing, whistling, ringing. Wasps around making me think of the Sartre quote about crabs.

I wrote on a Rubin calendar handed out pre-show “If I’ve ever believed in fate it’s now” and then added “or drugs” after “fate.” Then I wrote about SWIM: “Sometimes, elocutions she found particularly well-coined she repeated a second time, in case someone hadn’t heard it the first time around.”

Over my head, I see the bronze butterfly,
Asleep on the black trunk,
Blowing like a leaf in green shadow.
Down the ravine behind the empty house,
The cowbells follow one another
Into the distances of the afternoon.
To my right,
In a field of sunlight between two pines,
The droppings of last year’s horses
Blaze up into golden stones.
I lean back, as the evening darkens and comes on.
A chicken hawk floats over, looking for home.
I have wasted my life.

Here is the green:

Here is the version that has stuck with me since I was 15 years old, at 762 and curled up sofa-side on a Dell, hanging on Metanet… a strange precursor to Jafa’s Love is the Message, serendipity/synchronicity a decade apart.

Then I wrote about SWIM: “Sometimes, elocutions she found particularly well-coined she repeated a second time, in case someone hadn’t heard it the first time around.”
Click to expand...

I'd do the same. What does SWIM stand for though?

"Someone who isn't me"

If we're starting at the very beginning, the left-end of the memory timeline, there's only Gettysburg, early experiences with the chain of command, the stupidities of top-down systems lacking bottom-up feedback, the ability of great men and the inability of great men to change things

Staff member
whats Gettyberg? i've heard of it, the name of it, but what is it?

Civil war thing. Lincoln did a famous speech there.

I always loved the intricate sleeve insignia on the officers' arms, and the politics of different generals' relative sartorial modesty or showiness. Grant, they say, wore a private uniform with the 5-star rank rough-stitched onto the shoulders, such that were you not to know better, you'd think a yankee hillbilly was pullin a fast one on you.

@luka Major turning point in the American Civil War, Jul 1-3 1863. High-water mark of the Confederacy, the closest they ever got to taking the Northern capital and ending the war (alongside maybe the first Bull Run, but that's a very different story). 52k casualties in the three days, costliest American battle.

Yeah the Gettysburg address. "Fourscore and seven years ago our fathers brought forth, on this continent, a new nation, conceived in liberty, and dedicated to the proposition that all men are created equal. Now we are engaged in a great civil war, testing whether that nation, or any nation so conceived, and so dedicated, can long endure."