Does anyone know anything about this? Has anyone seen any of the films? I've been fascinated by this since I first became aware of it four or five years ago. Weirdly though, I have somehow not managed to get round to watching the films yet even though they are now all available online (actually maybe not every film is available but I think there about twenty hours worth divided up into the numerous pieces of wildly varying length that build up the whole).
Just in case any of you don't know what I'm on about I will explain what I know now.
A few years ago there was a film called Synecdoche New York (and a few years before that there was a book called Remainder by Tom McCarthy which had an extremely similar plot - maybe the other one was copied from it who knows) which I mention cos the Dau group of films sounds almost as though Synecdoche NY jumped off the page and became reality. Except probably weirder with more sex and drugs and rumours of bullying and insane dictatorial behaviour.
So in Remainder (and SNY) there was a guy who almost magically came into some money and he used that money to do increasingly weird things on a larger and larger scale. Eventually in SNY (and Remainder) his extravagant madness led to the creation of an enormous fake slice of the world, a tower block and then even a city, filled with people who were sort of actors doing his bidding. My memory gets hazy here but I think that in each case the rich man paid for a given actor to, say, walk up and down stairs fifty times each day, but maybe giving them leeway about how they could interact with other people or how long each journey would take. Almost similar I suppose to the way that in improv films (I believe) the director will give them certain things that must be accomplished within a scene - eg so and so must tell the friend that he's adopted - and possibly certain places to stand at certain times, maybe he's told the mood or vibe of the scene too... but as long as those rules are met the actor has freedom to say and do what they want - as long as it doesn't contradict information from other scenes in the film I suppose. But the thing is, in Remainder (and also in SNY) these guys are not truly actors cos they are not in a film, they are inside the mind of a madman or close to it. Though from their point of view probably a fairly benign if boring one. Until the end at least which I forget in Remanider (and also in SNY as a matter of fact, although I have a feeling they may differ from each other - well, to be precise, Remainder does differ from SNY but SNY is the same as Remainder).
But what of Dau you might ask if you are still reading. Well, apparently DAU is, or at least in 2006 it began life as, a biography of the Soviet scientist Lev Landau and was financed with money from the Russian Ministry of Culture. So far so boring it might sound, although if you're like me there may be a glimmer of something more interesting appearing when you read

Landau worked with pioneering quantum physicists such as Niels Bohr, had a hand in the Soviet atomic weapons programme, and won a Nobel prize in 1962. He took an experimental approach to sex and drugs as well as science, living by his belief that marriage should be no impediment to sexual freedom (his wife, Kora, was less enthusiastic).
Click to expand...

Also, the director, Ilya Khrzhanovskiy, has only done one previous film, something weird called simply 4, it was about cloning and peasanty villagers rolling around in the mud and then hacking up and eating anything that moved, I seem to remember, and it was intriguing enough to make me watch out for more of his stuff. I'm not gonna digress into writing about that myself but I pulled one random review from IMDB

Not a great date movie- unless your date is insane
Click to expand...

Don't worry, I'm not going to give away the ending- couldn't even if I wanted to. Not really sure what the ending was, the screen went black & the house lights went up but that was the only clue I had the the "story" was over. Let me put it this way- during one scene an entire row of people got up and left muttering things like "This isn't a movie! I don't know what this was but how dare he!" and "Go back to Russia" That's when I knew that the director was really on to something. Again, not really sure what he is on to or into for that matter but this movie is definitely worth seeing. It's beautifully shot, one scene more enthralling than the previous one, the acting is great especially since I don't think any of the actors are actually actors & the sound & music brought on an acid flashback. All pluses in my book. It's not for the faint of heart or vegetarians. Good luck.
Click to expand...

Whatever.... by the time the DAU film did actually start to appear, thirteen years later in 2019, it was, by all accounts, something quite different. They had repaid the money to the aforementioned ministry and acquired some kind of alternative financing (from an oligarch called Sergei Adoiiev) - which they used to build an enormous set called The Institute in which many of the actors - all amateurs and unknowns except for one I think - lived 24 hours and had to remain in character.
So yeah... dunno how this guy Khrzhanovskiy ended up at the helm of a film with 400 actors, 10,000 extras and the biggest stage in the world or something. His Dad was a director too I know but surely this would have required more string pulling than he could have supplied.

Well, however he did it, he ended up as the tyrant at the wheel of this ship, and, as The Guardian put it

Dau is a film project, or at least, it began as one. Now, nobody knows how to describe it. It has been called a “Stalinist Truman Show”, a serious anthropological experiment, even a “Soviet Love Island”. In scale, it has been compared to infamous movie shoots that spiralled out of control, such as Francis Ford Coppola’s Apocalypse Now. But Dau also has echoes of the Stanford prison experiment – in which students lost sight of the fact that they were playing a role, acting as guards and prisoners rather too enthusiastically. Stanford’s experiment had to be shut down after six days; Dau’s continued for three years.
It became less a film set than a parallel world: a functioning mini-state, stuck in the mid-20th century and sealed off from the modern world. Dau was populated with hundreds of extras, or “participants”, who lived as faithfully as possible as Soviet citizens. The period authenticity was obsessive, covering clothes (even down to the underwear), hairstyles, food packaging, cigarette brands. What is more, time moved forwards inside Dau, from 1938 to 1968, so all the period detail was continually updated. Participants were paid in Russian roubles, which could be spent on set. (Some of the older extras, playing caretakers, smuggled in their own roubles saved from the Soviet era and tried to spend them; they were reprimanded for using “fake” money.)
Click to expand...

So loads of people kinda lived there for years and a film crew wandered about and filmed bits of it. You'd think that if you made such a set and populated it with people you would want cameras everywhere to capture the whole thing. But not for this guy, just one crew filmed it and most of the time people were pretending to be mid-century Russians in corners of the set that were not on film... and they carried on doing it for years. It just all sounds completely bananas.
But even so they did manage to get some 700 hours of film which finally they edited down into thirteen feature films.

Anyway, it premired in Paris in early 2019, one of my friends somehow ended up working on the set which I believe was kinda like (yet another) another world. You paid to be allowed in for 24 hours or so and you wandered round and could catch the thirteen films in a haphazard way or just explore the whole time, or do something in-between I guess. Also there were probably some lectures and stuff going on too, I dunno.
The main point is that my friend who wangled his way into being one of the staff for the premiere says that in his opinion it's the greatest cinematic work of all time. He's been bugging me to watch it and I really really should cos it's now online. I signed up to the website a month or two back and then I realised that you actually had to pay a couple of euros for each one and, rather pathetically, that put me off. But I will watch them.,

So, yeah, that's DAU (well I skipped a lot of what I've read about it to be honest so that's something about DAU really) - my questions are

1. Has anyone watched it?
2. I'm intending to watch it soon. I'm thinking that I might watch it with a friend of mine who lives nearby and is interested in film. If he's interested then I was proposing to watch it with him and my girlfriend (who ought to be interested, being Russian and all)... and then it kinda occurred to me, that, seeing as it's all online and it should be available to anyone, then I could extend that thing of watching it and discussing it with my friend here into a kind of thing where anyone who is interested could watch simultaneously with us each week and then the next day we could discuss it on dissensus. Like a book club kinda thing I guess. Maybe also MisterSloane who still posts here occasionally will be interested cos I saw him asking about it on fb the other day. So... if that sounds like something that might interest you let me know.

Oh yeah, some more general info in these links 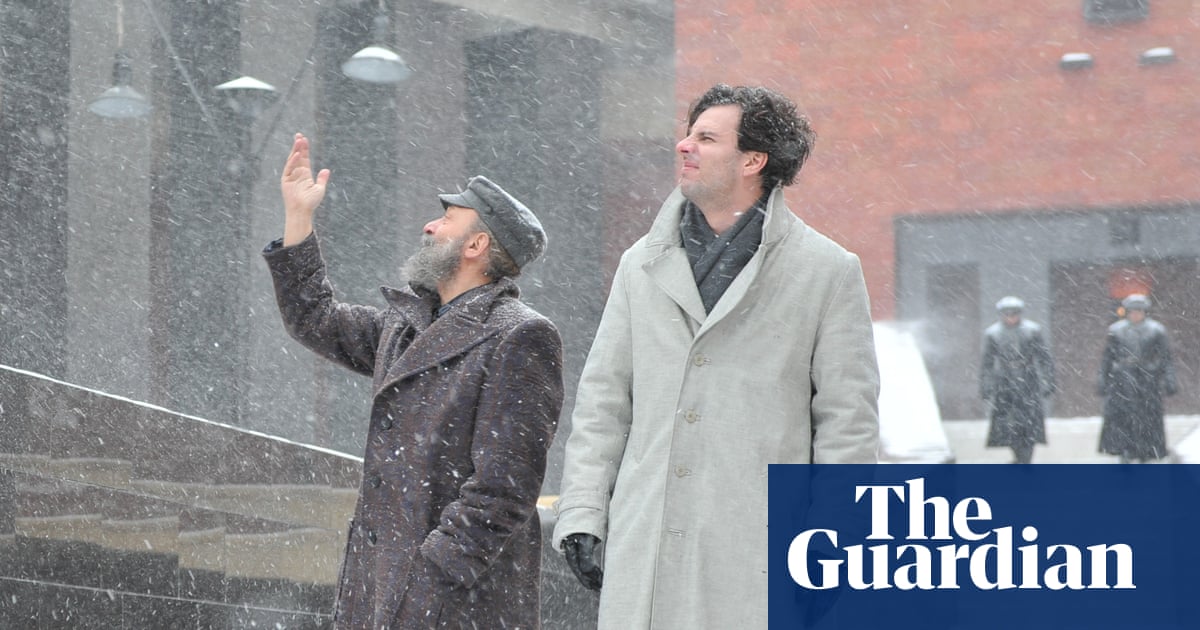 Inside Dau, the 'Stalinist Truman Show': 'I had absolute freedom – until the KGB grabbed me'

What started as a film shoot evolved into a mammoth project which saw the cast eating, working and sleeping on a period set – for years. Is its creator a genius or a monster?