version said:
I can't believe that Wonka origin story's real, sounds like fanfiction or a podcaster joke.
Click to expand...

When I was watching Only God Forgives the other night, I thought they'd nicked the Stranger Things theme from it.

Are you still reading baudrillard @version? Im reading transparency of evil and I dont even think its all that great but its impressive how in touch he is with the stupidity of our culture. think its made me especially grouchy as of late

version said:
When I was watching Only God Forgives the other night, I thought they'd nicked the Stranger Things theme from it.

sounds dead on to me. I guess no one can own an arpeggio though
S

I'm a big fan of the Lynch film, and I can't stand Villeneuve. I haven't seen the entire filmography of the guy, but I truly hated everything I saw either by mistake or curiosity. I was horrified with Blade Runner 2049.

So, any defender...? Should I watch this one, or skip it for good?

Spanishmanic said:
I'm a big fan of the Lynch film, and I can't stand Villeneuve. I haven't seen the entire filmography of the guy, but I truly hated everything I saw either by mistake or curiosity. I was horrified with Blade Runner 2049.

So, any defender...? Should I watch this one, or skip it for good?
Click to expand...

Yeah, BR49 sucked. Didn't help, I suppose, that I saw it as a birthday 'treat', got my car locked in what I mistakenly thought was an all-night car park, and had a blazing row with my girlfriend.

I can only defend it in the most lukewarm terms, what I'm gonna say now is not gonna come close to making your pulse race ornate it sound anything likeessential, but, for me... it was fine, a bit ponderous and easy to criticise and so on, but it was pleasant enough to watch in the cinema. If you haven't got anything planned check it out you'll have an opinion you can share with us... it's not one of those things that will sap your will to live like something by "he who shall not be named"...
Oh and you say you are a big fan of the Lynch one, I found it quite fun to see which bits were identical or very different or missed out altogether and wonder about the directors' choices.

Mr. Tea said:
Yeah, BR49 sucked. Didn't help, I suppose, that I saw it as a birthday 'treat', got my car locked in what I mistakenly thought was an all-night car park, and had a blazing row with my girlfriend.
Click to expand...

Got my car locked in a NOT all night carpark last night while watching a film.

IdleRich said:
Got my car locked in a NOT all night carpark last night while watching a film.
Click to expand...

How did that happen?

Well just a fuck up really. There was a one man band I DJ-d for on Sat and it turned out he had a short film that was at some US festival right now but wasn't being shown in Europe... however he showed the trailer to the staff and they loved it and decided to do a screening yesterday.

That first bit of the story is pretty much irrelevant except to say that I had been part of making the screening happen and so I felt a sort of responsibility or something, I dunno, I really didn't want to be late and so, as a result, I let my guard down and parked it in a big, inviting open carpark which, maybe if I had been fully concentrating I would have seen was clearly a trap.

That said, I was giving my friend Aidan a lift and we both checked all over the carpark, especially at the entrance and exits and there was certainly nothing to say that at 2230 they would be dropping the metal blinds and locking anything or anyone that had strayed in, in for the night. So yeah, they got me, €18.50 - but some of them fo up to €150 if you leave it through the full night so I was lucky.

Once I parked in the big carpark under Martim Moniz which is expensive but it was like 3pm and I knew I would be there for at most two hours so it would be fine... but we bumped into some friends who worked at Crew Hassan, except it was shut and they had the keys so a few of us went down to the cellar there for a chat. Chat lasted a bit longer than expected and we suddenly realise it's 2pm the next day. Granja realises he's gotta be somewhere and he says "Guys, we gonna have to go and, whatever you do, make fucking sure you take everything you need cos I gotta post the keys back through the door so when the bar does open the next shift have a spare set".

So we leave and I head back to the carpark, a little worried about the cost as the fact of the punitive charges they apply to overnight stays is slowly sneaking into my brain. And wait a minute, speaking of carparks... where is that ticket thing that I need to get out? And then I have this kinda image of the ticket rolled for some reason into a sort of tube shape and then tossed casually on to the table where it is now locked completely beyond our reach. When I explain the situation to Liza she is, to say the least, not best pleased. There is a slightly heated exchange and a few harsh words are spoken.

When we get back to the carpark and see the price scheme attached to the wall matters do not improve. Seems I am on the hook for €180 plus a fine of €40 for losing the ticket! Russian is a really good language for swearing; you may not know the meaning of the words but you can often surmise when someone is not best pleased with you, especially if, for the avoidance of doubt, they clarify by punching, kicking and occasionally biting you too. Not that Liza would ever do that obviously.

Anyway I sheepishly approached the carpark attendants in their irritating little booth and, eyes shamefully staring at the floor, report the missing ticket. And they say "Sorry mate, don't argue we can't let you off, you gotta pay the full forty!" which I quickly do unable to believe my luck. Dunno why they didn't check the cameras or whatever to see when I arrived but I felt no real urge to point it out to them. Losing the ticket saved me almost two hundred euros.

BR 2049 wasn't that great but it was better than the original Blade Runner at least.

Well of course he was, because it's exactly the same ponderous, lumbering, overblown, nerdy Sci Fi shit that he does. It's a narcissistic statement.

Corpsey said:
BR 2049 wasn't that great but it was better than the original Blade Runner at least.
Click to expand...

Tear down the icons Corpsey! 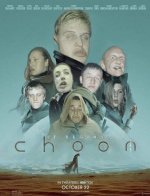 I cant get over the casting. No one that looks like zendaya is a guerilla warrior and momoa looks more like a wrestler than bautista

I'm hearing Zendaya's name a lot in reviews but having googled her I only know her as the girlfriend from Spiderman. Is she a big deal in the US?

Yah, at least online I guess

Josh brolin is another weird cast. No one outside of america looks like him

Awkwafina (?) was like that – an American phenomenon of which I was blissfully unaware, even after having watched (the excellent) The Farewell.